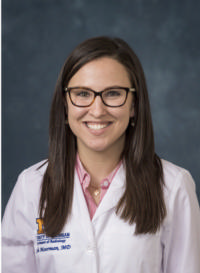 Mammography screening has helped reduce mortality from breast cancer by providing detection of cancer in its earliest stages, when treatment is more likely to be effective. Mammography's value is widely accepted among professional societies and government agencies, but there is disagreement regarding how often women should get a screening mammogram. For instance, the National Comprehensive Cancer Network recommends annual screening beginning at age 40 for women at average risk for breast cancer, while the U.S. Preventive Services Task Force says screening every two years beginning at age 50 is sufficient for most women.

"These differing recommendations lead to confusion for both referring physicians and patients," said study co-author Sarah Moorman, M.D., from the Department of Radiology at Michigan Medicine in Ann Arbor, Mich.

Dr. Moorman and colleagues recently compared breast cancer tumor characteristics and treatment regimens among women undergoing annual mammography versus those getting biennial (every two years) screening. The study group included 232 women, ages 40 to 84, who were diagnosed with breast cancer. The two groups had no significant differences in baseline characteristics such as age, menopausal status, hormone replacement use, family history and race.

Of the 232 women, 200, or 86%, underwent annual screening, defined as once every nine to 15 months, while the remaining 32 had biennial screening, or once every 21 to 27 months. Mean age at cancer diagnosis among 232 patients was 62. Almost three-quarters of the cancers were invasive.

The study also found that women who had biennial screening tended to have more aggressive treatment, such as chemotherapy and dissection of the axillary lymph nodes, where cancer from the breast often spreads.

Dr. Moorman hopes the findings of the study will help allow informed decision-making regarding screening frequency. 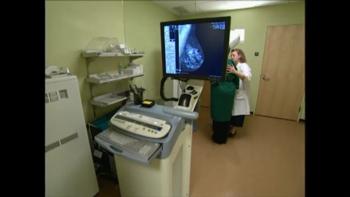 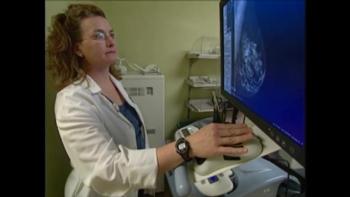 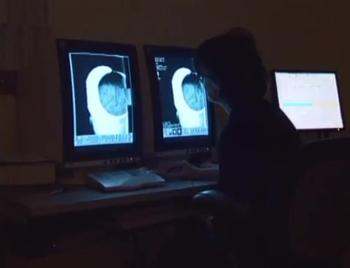 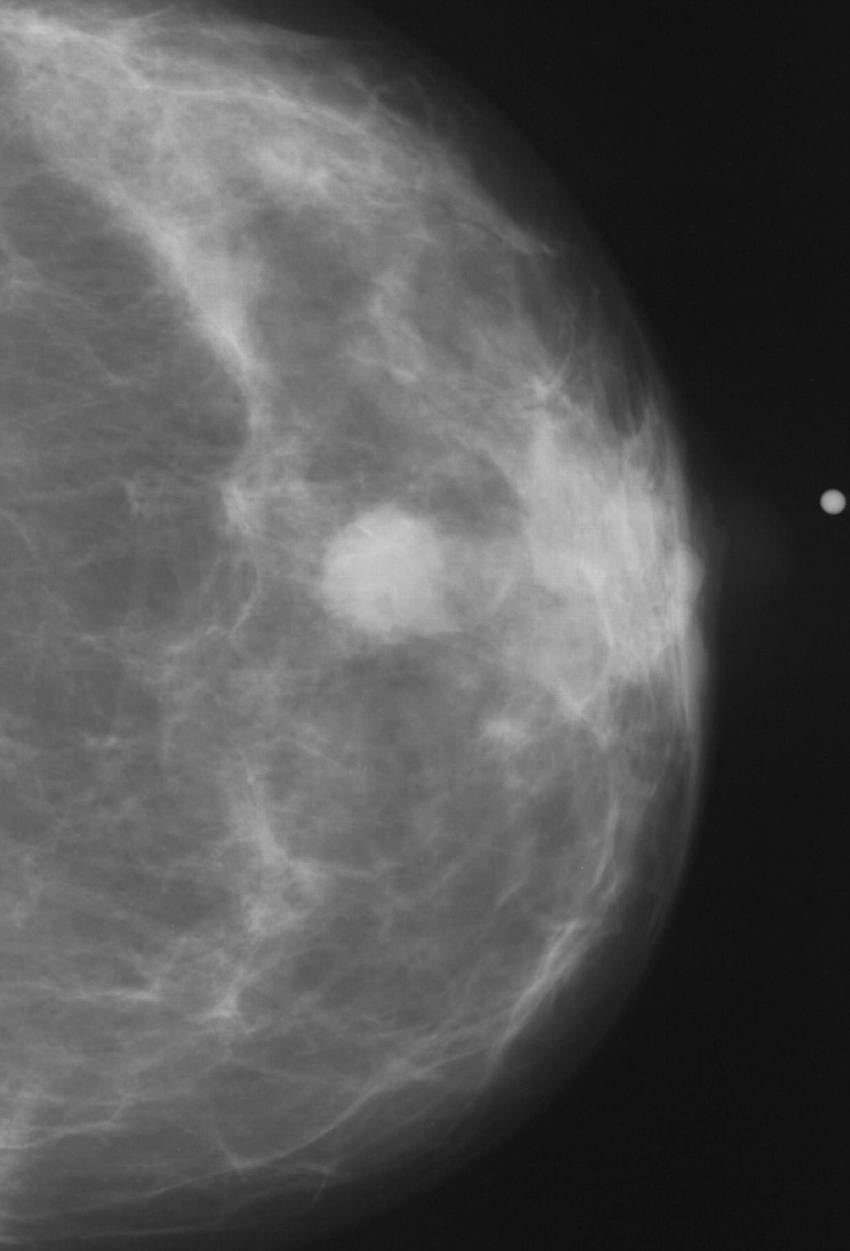 Figure 2. Abnormal mammogram.
High-res (TIF) version
(Right-click and Save As) 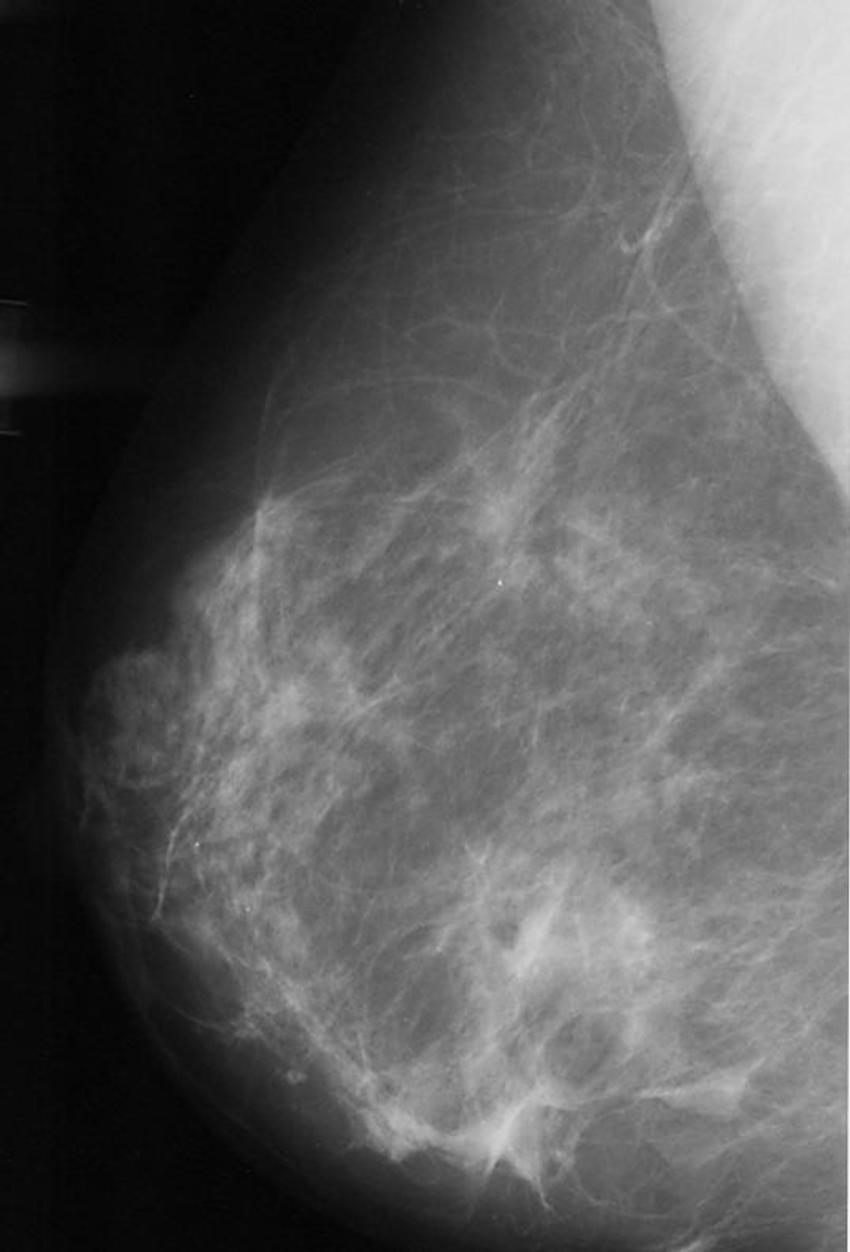 Figure 3. Normal mammogram.
High-res (TIF) version
(Right-click and Save As) 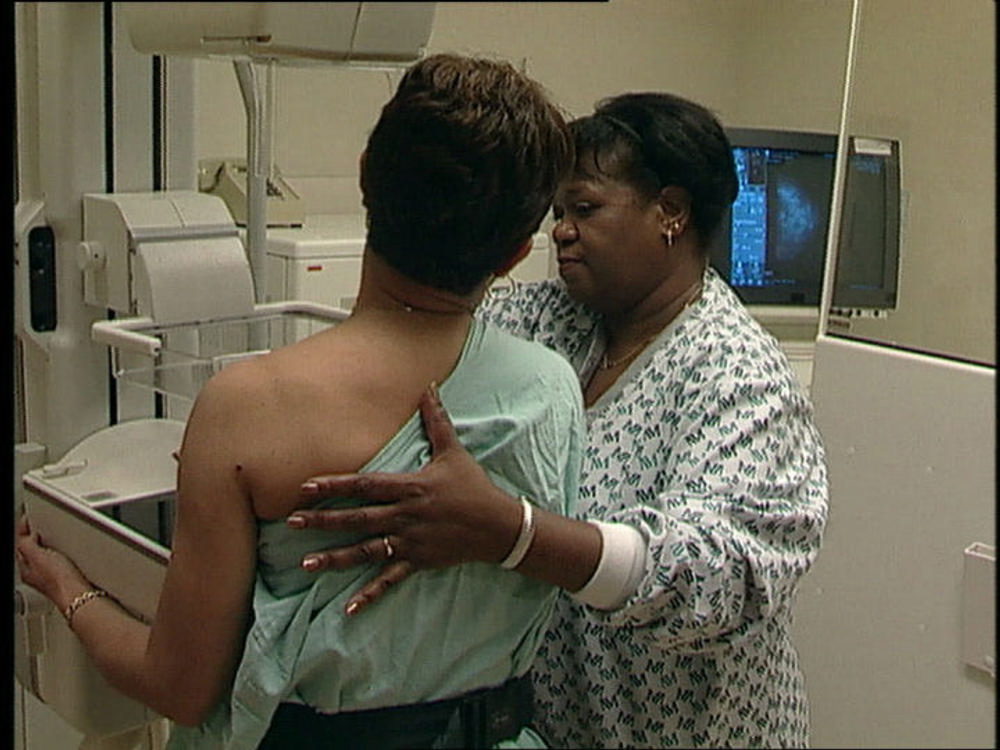 Figure 4. Woman with radiologic technologist during screening mammography exam.
High-res (TIF) version
(Right-click and Save As) 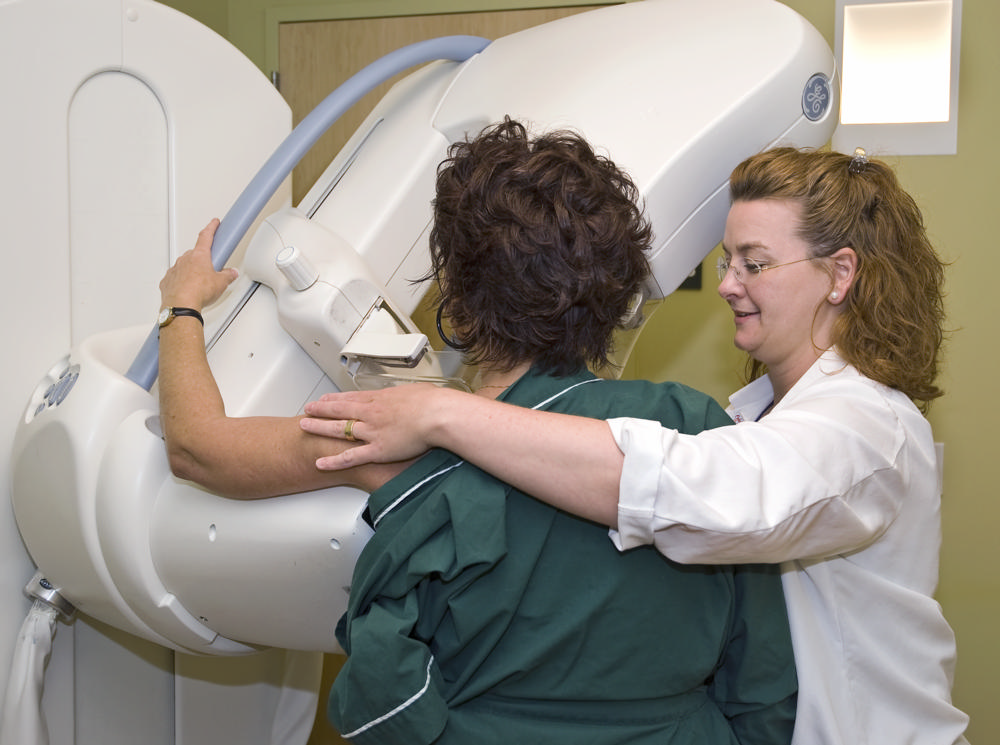 Figure 5. Woman with radiologic technologist during screening mammography exam.
High-res (TIF) version
(Right-click and Save As)