Mary C. Mahoney, M.D., Named President-Elect of the RSNA Board

CHICAGO — Mary C. Mahoney, M.D., was named president-elect of the Radiological Society of North America (RSNA) Board of Directors today at the Society's annual meeting in Chicago. 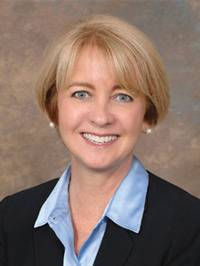 Dr. Mahoney is the Benjamin Felson Endowed Chair and Professor of Radiology at the University of Cincinnati (UC) College of Medicine in Cincinnati, Ohio. Since 2016, Dr. Mahoney has been chief of imaging services at UC Health in Cincinnati and is on the medical staff of several Cincinnati area institutions, including UC Medical Center and West Chester Hospital in West Chester, Ohio.

As president-elect, Dr. Mahoney will continue to drive conversations about patient care with a focus on how artificial intelligence can help radiologists incorporate exceptional patient care into their daily practice.

"I am excited to implement the Society's strategic plan approved by the Board of Directors earlier this year," Dr. Mahoney said. "I look forward to seeing how newly developed initiatives, specifically initiatives related to artificial intelligence, will unfold and impact our members. I am very interested in the significance artificial intelligence has in helping us analyze the workflow of radiology in order to improve the entire patient experience from beginning to end."

Dr. Mahoney has published more than 70 peer-reviewed articles and 15 book chapters and has co-authored two books with an emphasis on breast imaging. She has served as principal or co-investigator on numerous funded grants, including several grants focused on imaging modalities and biopsy. Dr. Mahoney has given many scientific research presentations nationally and internationally and has been an invited lecturer at over 280 institutions and meetings worldwide.

She is a graduate of the Executive Leadership in Academic Medicine program for women leaders in medicine. She has been instrumental in building the Advanced Imaging Core Lab at UC College of Medicine and the multidisciplinary breast center within UC Cancer Institute.

Over the years, Dr. Mahoney has served RSNA in many capacities. She was the scientific session presiding officer from 2003 to 2009. She has served on many committees, including the Research and Education (R&E) Foundation Public Relations Committee and the Public Information Advisors Network. She has chaired the Public Information Committee, Patient-Centered Radiology Steering Committee and the Radiology Editor Search Committee. She joined the RSNA board in 2014.

Dr. Mahoney has held committee or leadership positions in a number of other organizations, including the Society of Breast Imaging (SBI) and the American Roentgen Ray Society. She served on the ABR Board of Trustees from 2010 to 2015 and the ABR Board of Governors from 2015 to 2018 and currently serves on the American College of Radiology (ACR) Board of Chancellors. Dr. Mahoney is a fellow of both ACR and SBI and is a member of the Society of Chairs of Academic Radiology Departments.

The recipient of many awards and honors throughout her career, Dr. Mahoney was recognized by ABR for her extraordinary service and dedication in 2008 and 2010. She was named a Health Care Hero finalist twice by the Cincinnati Business Courier and received a Marquis Who's Who Lifetime Award in 2017.
She was included on the "Best Doctors in Cincinnati" list and was selected for inclusion in Top Doctors in America in 2019.

Dr. Mahoney has been a nationally recognized proponent and staunch advocate of patient-centered radiology. She has been involved in numerous initiatives campaigning to encourage and facilitate radiologists' meaningful engagement in the patient experience.