CHICAGO — Researchers using MRI have found signs of damage that may be related to inflammation in the brains of obese adolescents, according to a study being presented next week at the annual meeting of the Radiological Society of North America (RSNA). 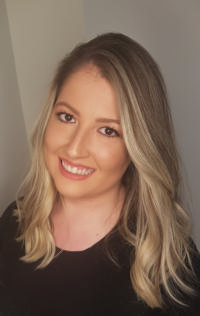 Obesity in young people has become a significant public health problem. In the U.S., the percentage of children and adolescents affected by obesity has more than tripled since the 1970s, according to the Centers for Disease Control and Prevention. Data from the World Health Organization indicates that the number of overweight or obese infants and young children ages five years or younger increased from 32 million globally in 1990 to 41 million in 2016.

While obesity is primarily associated with weight gain, recent evidence suggests that the disease triggers inflammation in the nervous system that could damage important regions of the brain. Developments in MRI like diffusion tensor imaging (DTI), a technique that tracks the diffusion of water along the brain's signal-carrying white matter tracts, have enabled researchers to study this damage directly.

For the new study, researchers compared DTI results in 59 obese adolescents and 61 healthy adolescents, ages 12 to 16 years. From DTI, the researchers derived a measure called fractional anisotropy (FA), which correlates with the condition of the brain's white matter. A reduction in FA is indicative of increasing damage in the white matter.

The results showed a reduction of FA values in the obese adolescents in regions located in the corpus callosum, a bundle of nerve fibers that connects the left and right hemispheres of the brain. Decrease of FA was also found in the middle orbitofrontal gyrus, a brain region related to emotional control and the reward circuit. None of the brain regions in obese patients had increased FA.

This pattern of damage correlated with some inflammatory markers like leptin, a hormone made by fat cells that helps regulate energy levels and fat stores. In some obese people, the brain does not respond to leptin, causing them to keep eating despite adequate or excessive fat stores. This condition, known as leptin resistance, makes the fat cells produce even more leptin.

Worsening condition of the white matter was also associated with levels of insulin, a hormone produced in the pancreas that helps regulate blood sugar levels. Obese people often suffer from insulin resistance, a state in which the body is resistant to the effects of the hormone.

"Our maps showed a positive correlation between brain changes and hormones such as leptin and insulin," Dr. Bertolazzi said. "Furthermore, we found a positive association with inflammatory markers, which leads us to believe in a process of neuroinflammation besides insulin and leptin resistance."

Dr. Bertolazzi noted that additional studies are needed to determine if this inflammation in young people with obesity is a consequence of the structural changes in the brain.

"In the future, we would like to repeat brain MRI in these adolescents after multi-professional treatment for weight loss to assess if the brain changes are reversible or not," she added. 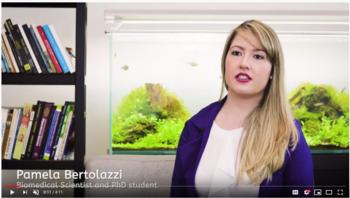 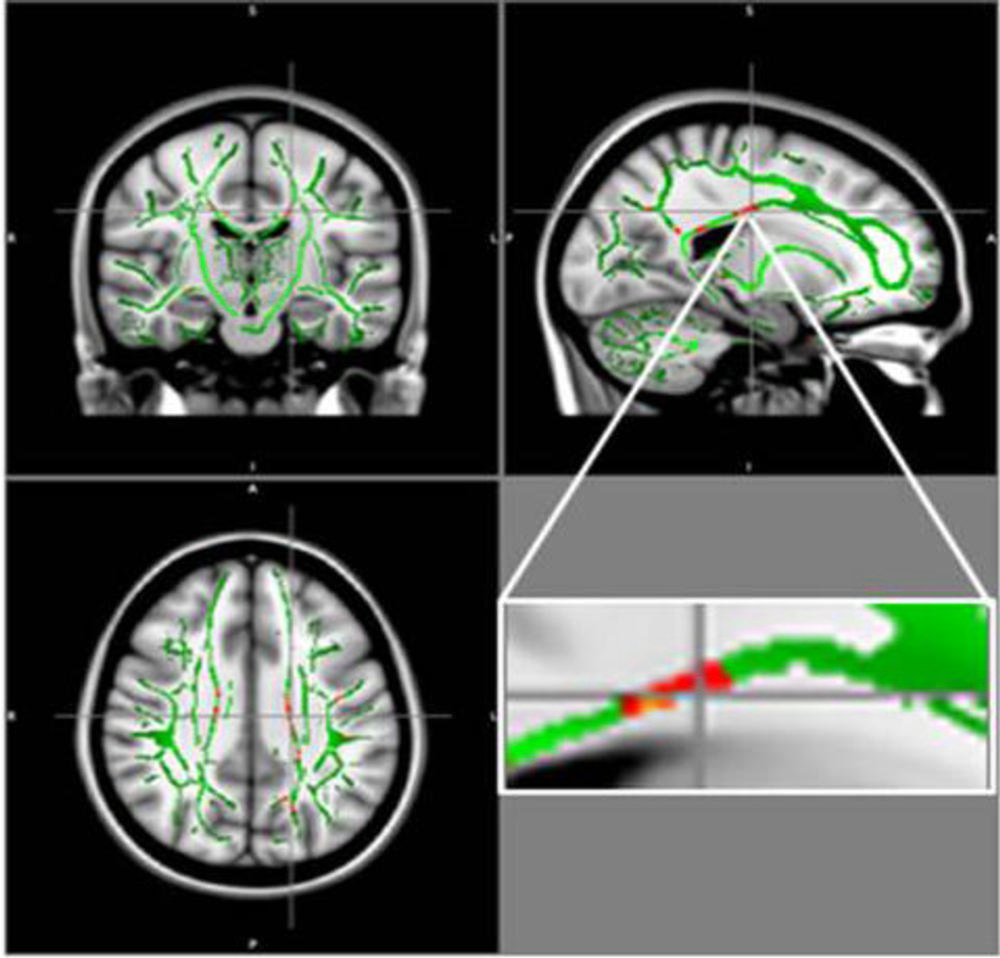 Figure 1. Reduction in fractional anisotropy (FA) in obese patients compared to the control group: At the intersection of the alignment vectors, a large cluster of FA decrease located in the corpus callosum on the left. In red: Reduction of FA in obese patients compared to controls, and FA skeleton (green), superimposed on the mean of FA images in sample.
High-res (TIF) version
(Right-click and Save As)