Matthew A. Mauro, M.D., Named President of the RSNA Board

CHICAGO — Matthew A. Mauro, M.D., was named president of the Radiological Society of North America (RSNA) Board of Directors today at the Society’s annual meeting. 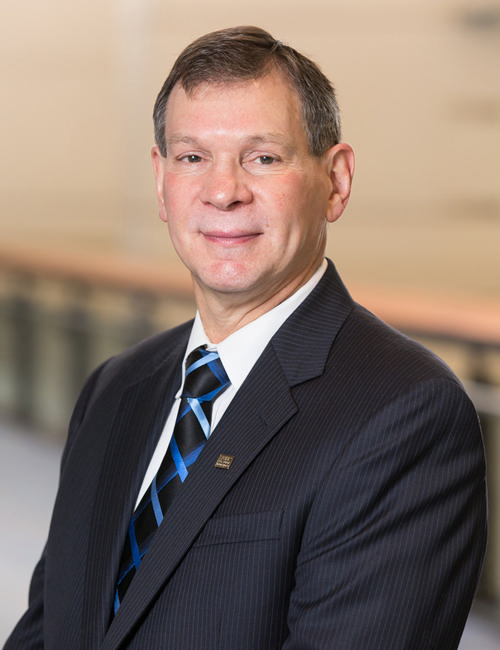 Dr. Mauro is president of University of North Carolina (UNC) Faculty Physicians and senior physician executive of UNC Health Care System Revenue Cycle. He is the James H. Scatliff Distinguished Professor of Radiology, as well as a professor of surgery at the UNC School of Medicine in Chapel Hill. He has been a faculty member at UNC since 1982.

Dr. Mauro received his medical degree in 1977 from Cornell University Medical College in New York. He completed his residency training in 1980 at the UNC School of Medicine and was chief resident during his last year. Between 1980 and 1982, Dr. Mauro completed fellowships in diagnostic and vascular radiology at UNC and abdominal and interventional radiology at the Mallinckrodt Institute of Radiology at the Washington University School of Medicine in St. Louis.

As RSNA president, Dr. Mauro will support RSNA’s mission by shepherding the Society through the evolving health care landscape and advancing the field of radiology through dissemination of high-quality research and education.

“The health care landscape is rapidly changing as we enter our post-pandemic environment,” Dr. Mauro said. “In addition to technical and scientific advances, we can anticipate changes to our health care delivery systems, labor management and patient expectations. The RSNA will maintain our position as the great convener for all those who interact with our members to advance the fields of diagnostic radiology, interventional radiology, radiation oncology and medical physics. I am honored to have the privilege of serving as president of the RSNA.”

A prolific researcher, Dr. Mauro has published over 150 journal articles and numerous book chapters. He has co-authored five books. His textbook, Image-Guided Interventions, serves as a standard reference in the field. Dr. Mauro has given dozens of scientific research presentations nationally and internationally and has been an invited lecturer or visiting professor at over 200 institutions and meetings worldwide. He has served as principal or co-investigator on numerous funded grants, including several grants focused on diagnostic atherosclerosis imaging and treatment of complex pathology of the descending thoracic aorta.

A dedicated RSNA volunteer, Dr. Mauro served on the Scientific Program Committee beginning in 2005, and as chair from 2009 to 2013. He served on the Public Information Advisors Network from 2002 to 2011. Dr. Mauro is a regular faculty member for annual meeting educational courses and was the associate editor of Radiology from 2002 to 2007. He has served on the RSNA Research & Education (R&E) Foundation Public Relations Committee and the Corporate Giving Subcommittee, and as an R&E Foundation grant reviewer. He currently serves on the R&E Foundation's Board of Trustees. Dr. Mauro joined the RSNA Board of Directors in 2015, serving as Liaison for Education.

Dr. Mauro has worked extensively with the Society of Interventional Radiology (SIR), where he was on the Board of Directors from 1996 to 2000, serving as president during his last year. With SIR, he served on the Executive Council from 1994 to 2000 and from 2002 to 2006. He was on the Scientific Program Committee from 2000 to 2002, served on the Steering Committee for the World Conference on Interventional Oncology in 2005 and held many other positions between 1992 and 2006.

He was awarded the gold medal by SIR in 2014. The ABR has presented Dr. Mauro with both the Distinguished Service Award and the Lifetime Service Award.