CHICAGO — Women with a certain type of lung nodule visible on lung cancer screening CT exams face a higher risk of lung cancer than men with similar nodules, according to a new study being presented next week at the annual meeting of the Radiological Society of North America (RSNA). 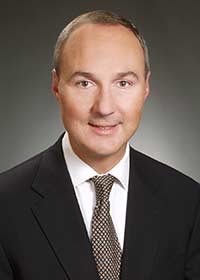 Lung nodules are small masses of tissue in the lungs that are classified as solid or subsolid based on their appearance on CT. Solid nodules are dense, and they obscure adjacent tissue, while subsolid nodules are divided into two different types: part solid (nodules with both a solid component and a ground-glass, or hazy area), and pure ground glass, which are devoid of solid elements. Nodule consistency is considered an indicator of lung cancer risk, with part solid nodules being most strongly associated with lung cancer in the screening setting.

"We know there are differences in cancer risk among different lung nodule consistencies, but we were unaware of any published reports that looked at the differences in lung cancer risk for nodule subtypes between women and men," said study lead author Phillip Boiselle, M.D., from Beth Israel Deaconess Medical Center and Harvard Medical School in Boston, Mass.

For the new study, Dr. Boiselle and colleagues reviewed CT scans from the National Lung Screening Trial (NLST), a large, randomized control study that demonstrated the value of CT screening in reducing lung cancer mortality. The NLST included more than 40 percent women, giving the research team a rare opportunity to look for statistically significant differences in lung nodules and lung cancer between the sexes.

The researchers characterized all CT-detected nodules measuring 4 to 30 millimeters by consistency using the NLST database and calculated the relative risk of developing a lung cancer for each nodule consistency subtype.

Out of 26,455 participants, 9,994, or 37.8 percent, had a positive screen at one or more points during the trial. Women with ground-glass nodules had a significantly higher relative risk of lung cancer than men with the same type of nodules, and a similar trend was observed for part-solid nodules. In contrast, the relative risk of lung cancer for solid nodules was comparable for both sexes.

"The main difference we found was that women were 50 percent more likely than men to have ground-glass nodules and, when these nodules were present, women had a substantially higher risk of developing lung cancer," Dr. Boiselle said.

Current lung cancer screening guidelines do not take into account gender differences when managing nodules of different consistencies. While more research is needed before changes are made to clinical practice, the results suggest that women with ground glass nodules may need closer follow-up than men.

"By looking at the rate at which lung cancers grow on serial CT scans, we can develop a better understanding of how often to obtain follow-up CT scans in men and women," Dr. Boiselle said.

The researchers plan to continue studying the NLST data to further understand the significance of these cancers, especially with respect to their influence on lung cancer mortality.