Chicago, Dec. 1, 2014 — Today the Radiological Society of North America (RSNA) awarded honorary membership to three individuals who have distinguished themselves as outstanding contributors to the field of radiology and its allied sciences. The recipients were Markus Schwaiger, M.D., from Munich, Germany; Kaori Togashi, M.D., Ph.D., from Kyoto, Japan; and Zheng-Yu Jin, M.D., from Beijing, China. 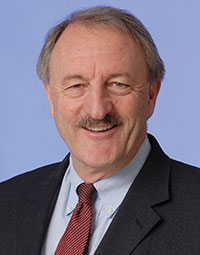 Markus Schwaiger, M.D., is an internationally known researcher, educator, author and editor whose work has shaped the development of multimodal molecular imaging, particularly in cardiology.

Dr. Schwaiger is director of the Department of Nuclear Medicine at the Technische Universität of Munich, Germany. He also serves as an adjunct professor of radiology at the University of Michigan in Ann Arbor.

"One of the pioneers of cardiac nuclear medicine, Dr. Schwaiger has advanced the field by enabling physicians to assess cardiac function noninvasively," said 2014 RSNA President N. Reed Dunnick, M.D. "He was a pioneer in characterization of the hibernating myocardium and mapping myocardial sympathetic innervation with radionuclides. Recognizing the importance of combining the physiologic imaging of nuclear medicine and the anatomic definition of cross-sectional imaging, he is one of the leading investigators in PET/MR."

"Multimodal imaging technology does not only advance detection and staging of disease, but also brings physicians and scientists of different subspecialties together to advance the use of imaging in "precision medicine," Dr. Schwaiger said.

Dr. Schwaiger's research portfolio reflects the development of PET from a research tool in cardiology to a globally accepted clinical standard procedure in oncology. His recent articles address integrated whole-body PET/MR imaging and the use of PET to assess metabolic response and guide treatment of cancer. He serves currently as coordinator of a large center grant (DFG), which addresses the role of imaging in selecting and monitoring of targeted cancer therapy in preclinical models. He is involved in European Research consortia addressing endoscopic PET imaging (EndoTOFPET) as well as PET inserts for combined MR/ PET instrumentation. In 2012, he received an advanced grant award of the European Research Council (ERC).

He also has lent his expertise as a grant reviewer in the U.S. and Europe for 25 years, recently serving as evaluation panel member for the Croatian Unity of Knowledge Fund and the European Research Council Consolidator Grant, as well as for translational research in Switzerland.

Dr. Schwaiger's academic appointments began as assistant professor of radiological sciences at UCLA and as a professor of medicine and director of cardiovascular nuclear medicine at the University of Michigan. He joined the Technische Universität of Munich in 1993. In addition to his current role, he has served as associate dean and as dean of the School of Medicine.

Dr. Schwaiger has given more than 500 invited presentations. He has overseen the work of a dozen research fellows from Hungary, Japan, Denmark, Iran, Brazil and the U.S. He also has lent his expertise to a spectrum of professional societies and administrative entities for more than 20 years, including service as president of the European Association of Nuclear Medicine 2008 Congress in Munich. He serves on the RSNA Molecular Imaging Committee.

For his outstanding, wide-ranging contributions to the molecular imaging subspecialty, RSNA is pleased to present Markus Schwaiger, M.D., with honorary membership. 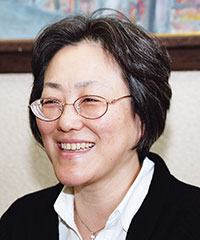 Kaori Togashi, M.D., Ph.D., has spent more than 30 years researching and publishing studies expanding the horizon for MR as it applies to gynecology. Dr. Togashi's pioneering work has garnered attention from radiology and bioengineering entities.

Dr. Togashi has been a pioneer and leader in MR imaging of the female pelvis," said 2014 RSNA President N. Reed Dunnick, M.D. "Her work as a radiologist, investigator and teacher has been recognized by professional societies around the world."

"I am extremely privileged and honored to receive RSNA Honorary Membership," Dr. Togashi said. "Attending RSNA is the biggest motivation to do research for all radiologists around the world, including me. RSNA has always been the center of my career, providing me with education, motivation and opportunities to encounter dedicated scientists and generous mentors."

Dr. Togashi earned her medical degree at Kyoto University in 1979. After completing her residencies, she attended the Graduate School of Medicine at Kyoto University from 1983 to 1987 and received her doctorate in medical science. While working on her doctorate, Dr. Togashi was involved in the very early studies of body MRI. She authored several articles including "Uterine Cervical Cancer: Assessment with High-Field MR Imaging," published in Radiology in 1986. Since then, she has published several books and nearly 300 articles in peer-reviewed journals in English.

Dr. Togashi's recent areas of interest are functional body MRI, including cine MRI to evaluate uterine peristalsis, diffusion-weighted images in oncology and diffusion tensor imaging of the uterus. Cine MRI for the uterus has attracted interest not only from the radiology and gynecology specialties, but also from the bioengineering realm as a new tool to elucidate biomechanics of uterine function.

In addition to her published papers, Dr. Togashi has been a reviewer for many journals, including Radiology and RadioGraphics. Her efforts have resulted in multiple awards as a distinguished reviewer. She has also accumulated a string of awards at annual meetings of RSNA, the European Congress of Radiology (ECR), and the International Society for Magnetic Resonance in Medicine (ISMRM). At RSNA's annual meeting, she has received numerous Certificates of Merit and Excellence in Design Awards.

A member of RSNA since 1996, Dr. Togashi serves on the RSNA International Advisory Committee and also has served on the Education Exhibit Awards Committee in Uroradiology at RSNA's annual meeting.

In recognition of her impressive contributions to MRI in the gynecologic field, her pioneering role as a female radiologist and her assiduous efforts to encourage and train young academic radiologists, especially in MRI research, RSNA is proud to present Kaori Togashi, M.D., Ph.D., with honorary membership. 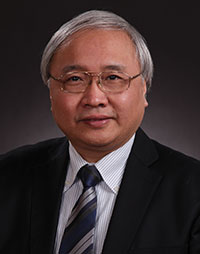 An internationally renowned leader and educator, Zheng-Yu Jin, M.D., is widely credited with advancing the popularization and application of cardiac interventional therapy techniques throughout his native China in the late 1980s through early 1990s. Dr. Jin also has become well known as a national and international advocate of multi-detector CT techniques over the past two decades. Now, as vice chair of the Chinese Society of Radiology, his priority is MRI technique generalization nationwide.

"Dr. Jin is an innovative radiologist who has advanced our field through his work in cardiac imaging and intervention," said 2014 RSNA President N. Reed Dunnick, M.D. "As chair of the Department of Radiology at the Peking Union Medical College, he has presided over the construction of a new state-of-the-art department, which has become one of the leading radiology departments in China."

"It is a tremendous honor and brings me great happiness to receive such an award from RSNA, the biggest radiologic organization in the world," Dr. Jin said. "This is an honor not only for me but for all Chinese radiologists. I give thanks for the support and the encouragement my team has given me, for my friends all over the world and for every person who has ever helped me during my academic life."

Currently, Dr. Jin is a professor of interventional radiology and diagnostic radiology and chair of the Department of Radiology at Peking Union Medical College Hospital (PUMCH), Beijing, where he has spent the majority of his career. After graduating as a medical doctor in 1984, Dr. Jin joined PUMCH where he quickly ascended the ranks from resident, chief resident and attending physician to associate professor by 1993. Dr. Jin has held his current position since 1996. From 1990 to 1991, Dr. Jin completed advanced studies at Loma Linda University Medical Center, California, where he trained under renowned interventional radiologist Francis Y.K. Lau, M.D. Dr. Jin trained in cardio-intervention and neuro-intervention, as well as peripheral intervention, which was very rare in China at that time.

As an educator for more than 30 years, Dr. Jin has devoted his mind and spirit to clinical radiologic education of Chinese medical students and post-graduate residents. He also has served as a mentor to 63 radiologists who obtained their doctorate under his supervision. For his passion and creativity, Dr. Jin has repeatedly been rated as Best Teacher at PUMCH and his groups received numerous education awards from the hospital, the college, the Beijing government and the Chinese government. Dr. Jin also has fostered international relationships and advances young radiology scholars through his work with the Chinese Society of Radiology, Chinese Medical Association and Beijing Society of Radiographers and Radiological Technologists.

With wide research interests including vascular interventions, multidetector CT and MRI, Dr. Jin has authored and co-authored over 200 national and international peer-reviewed publications, along with authoring and compiling award-winning teaching materials and atlases (including two bilingual atlases). He has given more than 200 scientific presentations at numerous national and international scientific meetings, including approximately 100 invited lectures. He also serves as chief editor, vice chief editor or editor of 13 national scientific journals.