CHICAGO – Researchers reported today on a procedure that can preserve fertility and potentially save the lives of women with a serious pregnancy complication called placenta accreta. Results of the new study presented at the annual meeting of the Radiological Society of North America (RSNA) showed that placement of balloons in the main artery of the mother's pelvis prior to a Caesarean section protects against hemorrhage and is safe for both mother and baby.

Placenta accreta, a condition in which the placenta abnormally implants in the uterus, can lead to additional complications, including massive obstetric hemorrhage at delivery. Surgical removal of the uterus, called hysterectomy, is commonly required to control such bleeding.

"Massive obstetric hemorrhage is the number one cause of maternal mortality worldwide and abnormal placental implantation is a major risk factor for this," said Patrick Nicholson, M.B., B.Ch., an interventional radiologist trainee at Cork University Hospital in Cork, Ireland.

At Dr. Nicholson's hospital, patients with abnormal placental implantation are treated by a multidisciplinary team that plans both an elective Caesarean (C-)section and prophylactic internal iliac balloon placement under fluoroscopic guidance. Immediately prior to the patient's C-section, an interventional radiologist uses specialized techniques to insert balloons into the two internal iliac arteries in the pelvis that supply the uterus with blood flow.

"Following the delivery of the baby, these balloons can be inflated to slow blood flow to the uterus, which allows the obstetrician time to gain control of the hemorrhage," Dr. Nicholson said.

For his study, Dr. Nicholson retrospectively reviewed the charts of all patients with abnormal placental implantation who received prophylactic internal iliac balloon placement since 2009. Over a 44-month period, the hospital treated 21 patients (mean age 35) who underwent balloon placement immediately followed by C-section.

In 13 of the 21 deliveries, the arterial balloons were inflated and when no longer needed, deflated and removed from the patient. The interventional radiology procedure was a technical success in 100 percent of the cases. However, despite use of the balloons, two of the patients required a hysterectomy.

"Without the balloons, many more of the patients would likely have required a hysterectomy," Dr. Nicholson said.

There were no maternal or fetal complications resulting from the interventional procedure.

"We are the first group to report on the fetal outcomes associated with prophylactic internal iliac artery balloon placement," Dr. Nicholson said. "There were no adverse outcomes for the babies as a result of this procedure."

According to Dr. Nicholson, the incidence of abnormal placental implantation has been increasing steadily over recent years.

"The risks for placenta accreta and its variations increase with a woman's age, previous C-sections and in vitro fertilization, all of which we expect to see more of in the coming decades," he said. "There's clearly a need for more research in this field."

Dr. Nicholson said results of the study add to a growing body of evidence that high-risk placental implantation pregnancies are best managed in a multidisciplinary setting.

"This research highlights the value of interventional radiology in managing this very serious, high-risk condition to control bleeding and maternal and fetal complications," Dr. Nicholson said. 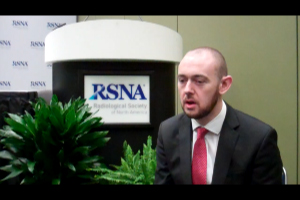 Video 1. Dr. Patrick Nicholson discusses what is different with his research than prior studies on placenta accreta. 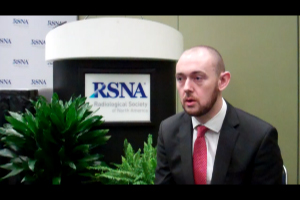 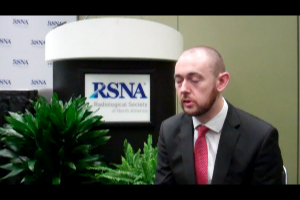 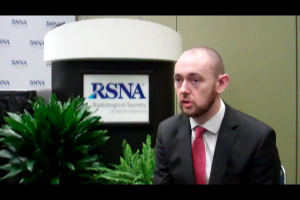 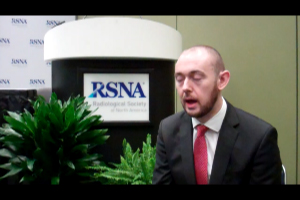 Video 5. Dr. Patrick explains the benefits of the procedure. 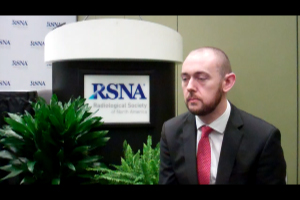