According to a new long-term study, diabetic patients with even mild coronary artery disease face the same relative risk for a heart attack or other major adverse heart events as diabetics with serious single-vessel obstructive disease. Results of the study were presented today at the annual meeting of the Radiological Society of North America (RSNA).

Researchers at the University of British Columbia and St. Paul's Hospital in Vancouver analyzed data from the Coronary CT Angiography Evaluation For Clinical Outcomes: An International Multicenter (CONFIRM) Registry, which was developed to examine the prognostic value of cardiac computed tomography angiography (CCTA) for predicting adverse cardiac events related to coronary artery disease. The registry, which has CCTA data on 40,000 patients from 17 centers around the world, now has five-year follow-up data on 14,000 patients.

"The CONFIRM Registry is the largest long-term data set available and allowed us to evaluate the long-term prognostic value of CCTA in diabetic patients," said study co-author Jonathan Leipsic, M.D., vice chairman of the Department of Radiology at the University of British Columbia.

The researchers analyzed data on 1,823 diabetic patients who underwent CCTA to detect and determine the extent of coronary artery disease, in which a waxy substance called plaque builds up inside the arteries of the heart. This plaque buildup causes the artery wall to thicken, which limits or, in some cases, completely obstructs blood flow.

Major adverse cardiovascular event (MACE) data was available on 973 patients. During the follow-up period, 295 (30.3 percent) of the patients experienced a MACE, such as heart attack or a procedure to re-open an obstructed artery called a coronary revascularization.

"Until now, two-year follow-up studies suggested that a diabetic patient with mild or non-obstructive coronary artery disease had a lower risk of major adverse cardiovascular events and death than patients with obstructive disease," said co-author Philipp Blanke, M.D., radiologist at the University of British Columbia and St. Paul's Hospital. "Our five-year follow-up data suggests that non-obstructive and obstructive coronary artery disease as detected by cardiac CTA in diabetic patients are both associated with higher rates of mortality."

Dr. Leipsic said researchers need a better understanding of the evolution of plaque in the arteries and patient response to therapies.

"Cardiac CT angiography is helpful for identifying diabetic patients who are at higher risk for heart events, who may benefit from more aggressive therapy to help modify that risk," added Dr. Leipsic. 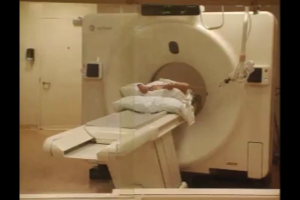 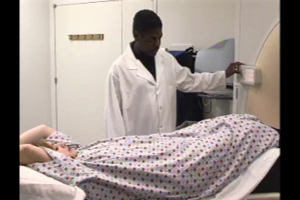