Chicago — Hybrid imaging with positron emission tomography and computed tomography (PET/CT) in the pituitary region of the brain is a promising tool for differentiating military veterans with post-traumatic stress disorder (PTSD) from those with mild traumatic brain injury (MTBI), according to a new study presented at the annual meeting of the Radiological Society of North America (RSNA).

The findings also lend support to the theory that many veterans diagnosed with PTSD may actually have hormonal irregularities due to pituitary gland damage from blast injury.

MTBI involves damage to the brain from an external force, while PTSD is generally defined as a mental health condition that can develop after someone has experienced a traumatic event. Research has shown that up to 44 percent of returning veterans with MTBI and loss of consciousness also meet the criteria for PTSD. Differentiating PTSD from MTBI can be challenging for clinicians due to symptom overlap and, in many cases, normal structural neuroimaging results. 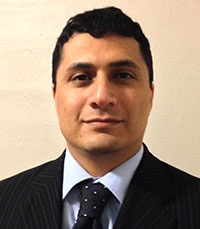 "The HPA axis is a complex system with a feedback loop, so that damage to any one of the three areas will affect the others," said study lead author Thomas M. Malone, B.A., from the Department of Neurosurgery at Saint Louis University School of Medicine in Saint Louis. "It's suspected of playing an important role in PTSD, but there is limited neuroimaging research in the veteran population."

The researchers focused on 18F-fluorodeoxyglucose (18F-FDG) PET/CT, which provides a picture of metabolism by measuring uptake of the radiopharmaceutical FDG. A review of 159 brain 18F-FDG PET/CT exam records showed that FDG uptake in the hypothalamus was significantly lower in the MTBI-only group compared with normal controls. FDG uptake in the pituitary gland was significantly higher in the MTBI and PTSD group compared with the MTBI-only group.

The finding of higher FDG uptake in the pituitary glands of PTSD sufferers supports the theory that many veterans diagnosed with PTSD may actually have hypopituitarism, a condition in which the pituitary gland does not produce normal amounts of one or more of its hormones.

"This raises the possibility that some PTSD cases are actually hypopituitarism masking itself as PTSD," Malone said. "If that's the case, then we might be able to help those patients by screening for hormone irregularities and treating those irregularities on an individual basis."

Malone said the increased FDG uptake in the pituitary glands of veterans with MTBI and PTSD may be due to the gland working harder to produce hormones.

"It's analogous to having your car stuck in the snow and you keep flooring the gas pedal but you don't go anywhere," Malone said.

The results suggest that PET/CT may provide an effective way to diagnose and differentiate PTSD from MTBI and offer more insight into the biological manifestations of the disorder.

"This study sheds light on the complex issue of PTSD, which also has symptom overlap with depression and anxiety," Malone said. "Currently, treatment for PTSD is typically limited to psychological therapy, antidepressants and anxiety medications. Our findings reinforce the theory that there is something physically and biologically different in veterans who have MTBI and PTSD compared to those who just have MTBI."

For patient-friendly information on PET/CT of the head, visit RadiologyInfo.org.

Figure 2. PET/CT on the left and an MRI on the right demonstrating the relative locations of both the Hypothalamus and the Pituitary. 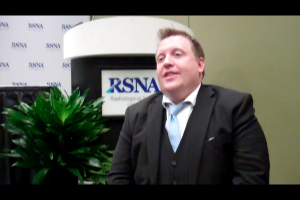 Video 1. Thomas Malone discusses the methodology of his study on veterans with PTSD and mild traumatic brain injury. 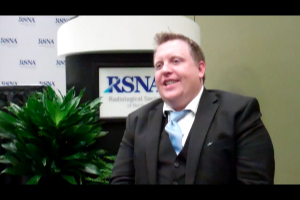 Video 2. Thomas Malone discusses how their research might impact treatments for veterans with PTSD. 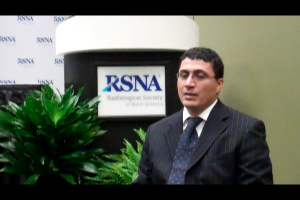 Video 3. Dr. Osama Raslan discusses why they studied the hypothalamus and pituitary glands in veterans with PTSD and mild traumatic brain injuries. 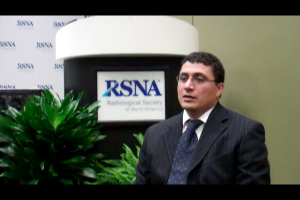