OAK BROOK, Ill. — Researchers using a combination of different imaging techniques have found structural abnormalities in the brains of people with chronic fatigue syndrome (CFS), according to a new study published online in the journal Radiology. The results suggest a potential role for imaging in diagnosing and treating the condition.

CFS is characterized by profound fatigue and "brain fog" that do not improve with bed rest, lasting for at least six months. The condition affects more than 1 million adults and children in the United States, according to the Centers for Disease Control and Prevention. Diagnosis is complicated and usually involves ruling out many other conditions. There is no standalone test to diagnose CFS. 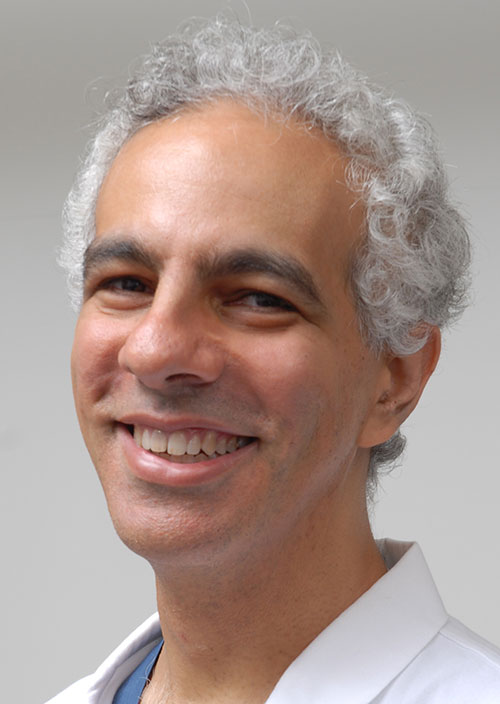 "This is a very common and debilitating disease," said the study lead author Michael M. Zeineh, M.D., Ph.D., assistant professor of radiology at Stanford University School of Medicine in Stanford, Calif. "It's very frustrating for patients, because they feel tired and are experiencing difficulty thinking, and the science has yet to determine what has gone wrong."

The results suggest that FA at the right arcuate fasciculus may serve as a biomarker for CFS that can help track the disease.

The imaging study also found abnormalities among CFS patients at the two points in the brain that connect the right arcuate fasciculus. Each connection point, known as a cortex, was thicker in CFS patients.

"This is the first study to look at white matter tracts in CFS and correlate them with cortical findings," Dr. Zeineh said. "It's not something you could see with conventional imaging."

Although the study involved only 15 CFS patients, the technique already shows tremendous promise as a diagnostic tool for identifying people with CFS, according to Dr. Zeineh.

"We used automated techniques to look at these tracts and were able to achieve 80 percent accuracy for CFS detection," he said.

Dr. Zeineh added that the findings need to be replicated and expanded upon in future studies to refine understanding of the relationship between brain structure and CFS. 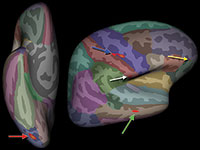 Figure 2. Reconstructed MR image shows the right arcuate (blue tracks and arrows) and ILFs (yellow tracks and arrows) in a single representative subject. These two tracks are overlaid on their respective track profiles. The track profile is colored according to the T score of track-based FA, showing that the maximal increase in FA is in the anterior arcuate and ILFs. The red, blue, and green spheres correspond to size and locations of increased cortical thickness from Figure 1 in the right occipital, precentral, and middle temporal regions, respectively. The green arrows also point to the middle temporal region of increased thickness.