OAK BROOK, Ill. — Airway inflammation and emphysema are more common in marijuana smokers than cigarette smokers, according to a study published in Radiology, a journal of the Radiological Society of North America (RSNA). Researchers said the difference may be due to the way that marijuana is smoked and the fact that marijuana smoke enters the lungs unfiltered. 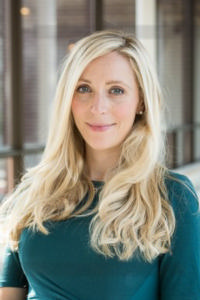 Marijuana is one of the most widely used psychoactive substances in the world and the most-commonly smoked substance after tobacco. Its use has increased in recent years amid legalization of recreational marijuana in Canada and many states in the U.S. The growing use has created an urgent need for information on marijuana’s effects on the lungs, something that is currently lacking.

“We know what cigarettes do to the lungs,” said study author Giselle Revah, M.D., a cardiothoracic radiologist and assistant professor at the University of Ottawa in Ottawa, Canada. “There are well researched and established findings of cigarette smoking on the lungs. Marijuana we know very little about.”

To find out more, Dr. Revah and colleagues compared chest CT results from 56 marijuana smokers with those of 57 non-smoking controls and 33 tobacco-only smokers.

The researchers found similar results among age-matched subgroups, where the rates of emphysema and airway inflammation were again higher in the marijuana smokers than the tobacco-only smokers.

There was no difference in coronary artery calcification between age-matched marijuana and tobacco-only groups.

Dr. Revah said the results were surprising, especially considering that the patients in the tobacco-only group had an extensive smoking history.

“The fact that our marijuana smokers—some of whom also smoked tobacco—had additional findings of airway inflammation/chronic bronchitis suggests that marijuana has additional synergistic effects on the lungs above tobacco,” she said. “In addition, our results were still significant when we compared the non-age-matched groups, including younger patients who smoked marijuana and who presumably had less lifetime exposure to cigarette smoke.”

The reasons for the differences between the two groups is likely due to several factors. Marijuana is smoked unfiltered, Dr. Revah noted, while tobacco cigarettes are usually filtered. This results in more particulates reaching the airways from smoking marijuana.

In addition, marijuana is inhaled with a longer breath hold and puff volume than tobacco smoke.

“It has been suggested that smoking a marijuana joint deposits four times more particulates in the lung than an average tobacco cigarette,” Dr. Revah said. “These particulates are likely airway irritants.”

The higher incidence of emphysema may also be due to the way that marijuana is smoked. Full inhalation with a sustained Valsalva maneuver, an attempt at exhalation against a closed airway, may lead to trauma and peripheral airspace changes.

More research is needed, Dr. Revah said, with larger groups of people and more data on how much and how often people are smoking. Future research could also look at the impact of different inhalation techniques, such as through a bong, a joint or a pipe.

“It would be interesting to see if the inhalation method makes a difference,” Dr. Revah said. 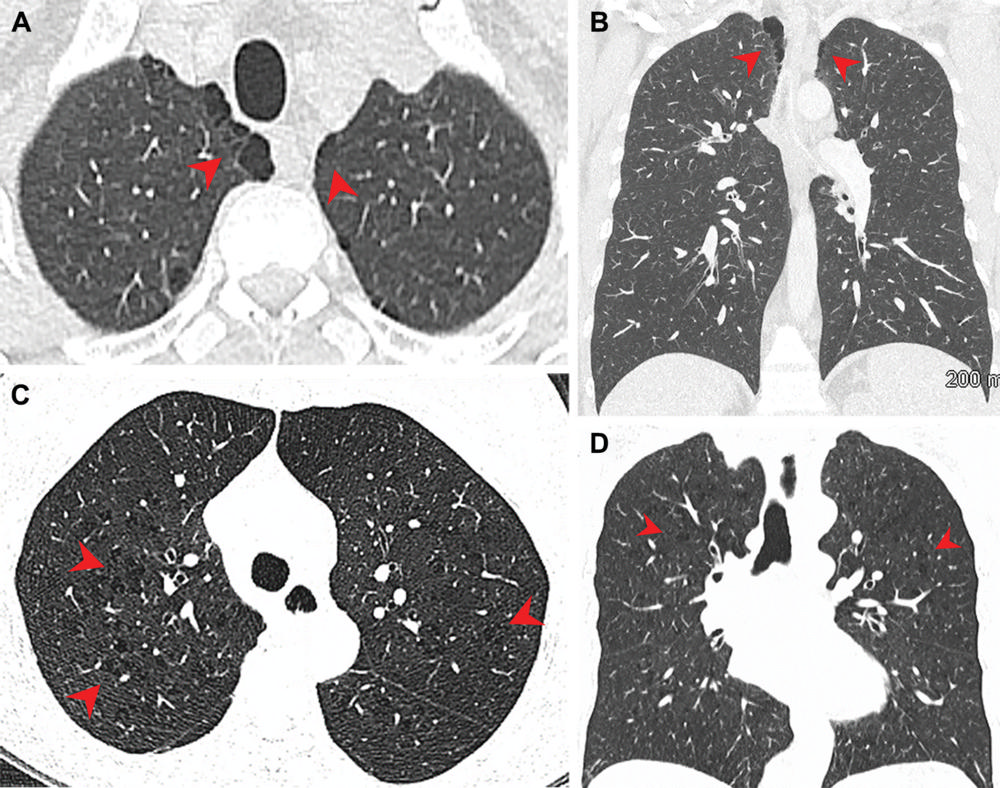 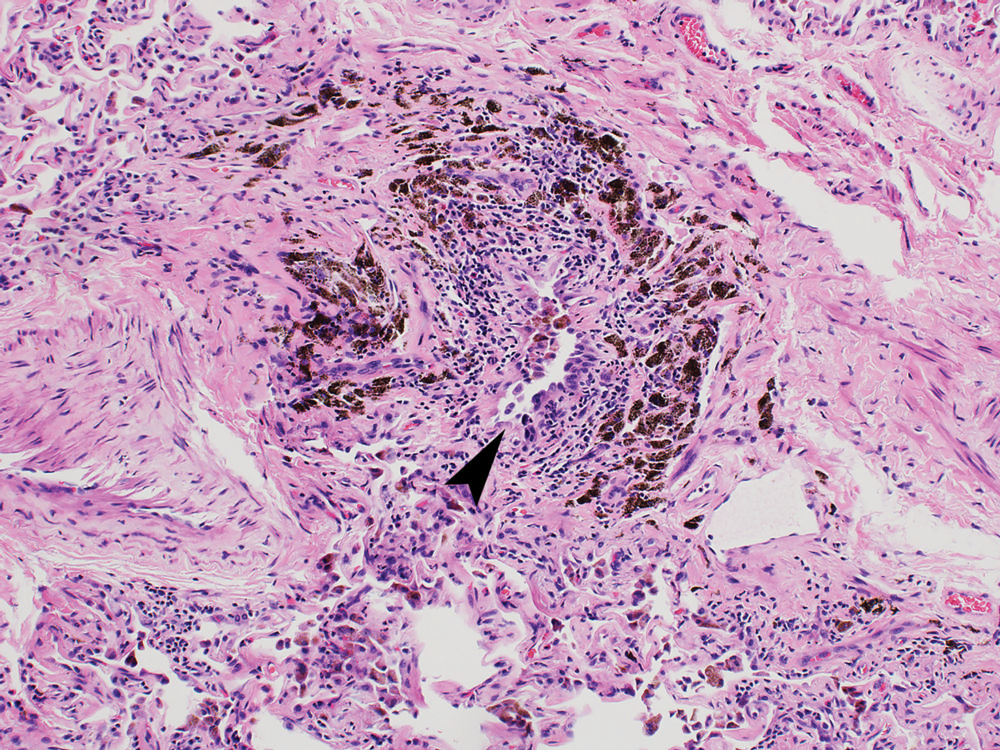 Figure 4. Photomicrograph in a 52-year-old man with polysubstance abuse, including marijuana. Intermediate-power magnification of lung tissue shows a destroyed bronchiole, with only a slit-like lumen (arrowhead) remaining and heavy black carbon deposits. (Hemotoxylin-eosin stain; original magnification, ×100.) (Galvin and Franks)
High-res (TIF) version
(Right-click and Save As) 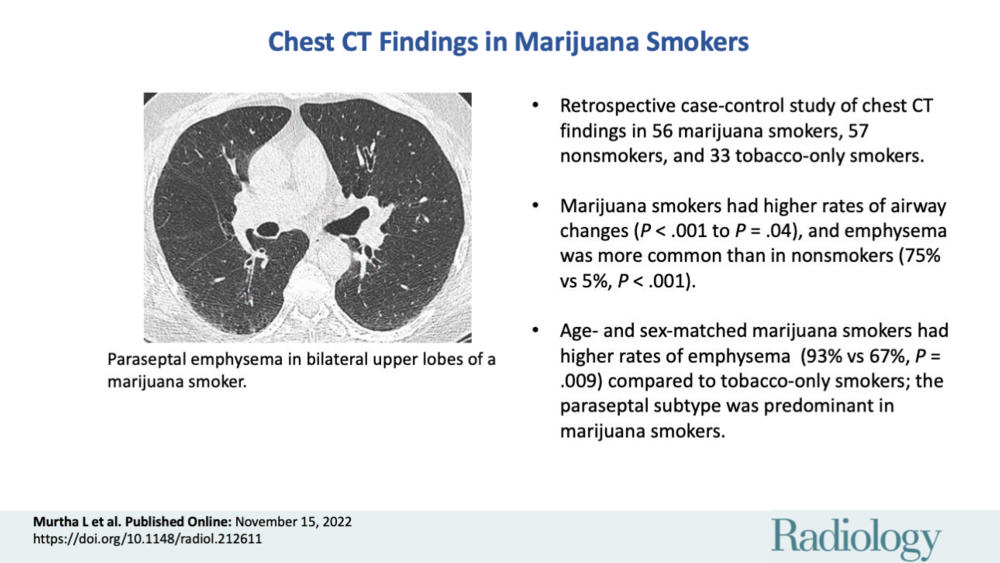