OAK BROOK, Ill. — Among the Medicare population from 2005 to 2020, Black women had less access to new mammography technology compared with white women, even when getting their mammograms at the same institution, according to a study of over 4 million claims published in Radiology, a journal of the Radiological Society of North America (RSNA). 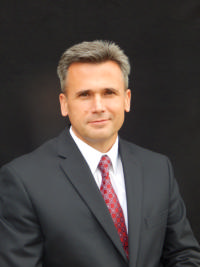 Black women are 40% more likely than white women to die from breast cancer, even though the cancer incidence rate among Black and white women is approximately the same.

Mammographic technology used to screen for breast cancer has undergone two major transitions since 2000: first, the transition from screen-film mammography (SFM) to full-field digital mammography (FFDM) and second, the transition to digital breast tomosynthesis (DBT). While these advances in early detection mean that more women can survive breast cancer, not all women have equal access to these newer technologies.

More sufficient, initial Medicare coverage can aid access to new breast cancer screening technologies in underserved areas and reduce the duration of related racial and regional breast cancer care disparities. Such disparities are transitory and eventually ease as technology dissipates from affluent areas – with more private insurance coverage – to underserved communities where public insurance may be more prevalent. However, this process is prolonged by Medicare reimbursement that is 1.2 to 1.8 times lower than that of private insurers.

“In the increasingly competitive healthcare environment, the Centers for Medicare and Medicaid Services (CMS) cannot expect medical providers to ignore these competitive forces and engage in health equity efforts without regard for the economic consequences by locating technology and services where reimbursement is low,” said study co-author Eric W. Christensen, Ph.D., principal research scientist in health economics for the Harvey L. Neiman Health Policy Institute  and adjunct professor of health services management at The University of Minnesota in Minneapolis. “Inequities result when lower payments make technology investments economically unsustainable for practices that serve higher proportions of Medicare patients.”

The study was the work of the Neiman Health Policy Institute in collaboration with the Radiology Health Equity Coalition (RHEC), an initiative of 10 major radiology organizations to positively impact health care equity. 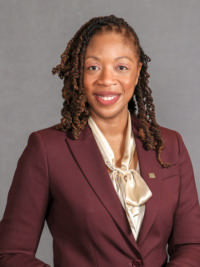 “The Radiology Health Equity Coalition understands the indispensable role research plays in addressing health disparities,” said study co-author Jinel Scott, M.D., M.B.A., associate professor of clinical radiology in the Department of Radiology at State University of New York Downstate Health Sciences University, and chief quality officer at New York Health and Hospitals/Kings County, in New York City. “Our paper is an example of the coalition’s goal to evolve from predominantly descriptive analyses to predictive and ultimately prescriptive approaches to combating the patient outcomes that are related to inequities in health care delivery.” An at-large director on the RSNA Board of Directors, Dr. Scott serves as RSNA’s representative to the RHEC.

For the study, Dr. Christensen, Dr. Scott and colleagues set out to examine the relationship between race and use of newer mammographic technology in women receiving mammography services.

The study found evidence of racial differences in the years following the introduction of newer mammography technology. These disparities include both within institution and comparable-institution differences. According to Dr. Christensen, advocacy for favorable reimbursement and incentive policies may diminish these differences if kept apace of evolving technologies.

“Current reimbursement contributes to inequity because locating new technology in facilities that serve patients with public insurance, Medicare and Medicaid, is not economically sustainable,” he said. “CMS can create economic incentives to lessen disparities through reimbursement that is either comparable to private payers or that more directly incentivizes adoption of newer technology in underserved communities.”

The researchers stipulate that organizations have a responsibility to be equitable in the provision of care. The ability for them to do so will be enhanced by reimbursement policies that facilitate investing in sites that serve disadvantaged individuals. The fact that the racial differences for digital mammography were transitory and subsided as new technology became universal supports the real potential for such policy changes to mitigate transitional disparities associated with technological advances. Equitable provision of breast cancer screening has the potential to improve population health and supporting health policy can propel the U.S. health care system closer to this goal.

“The RSNA supports the work of the RHEC and values an intersociety approach that provides members with the information and tools needed to be advocates for the communities they serve,” Dr. Scott said. 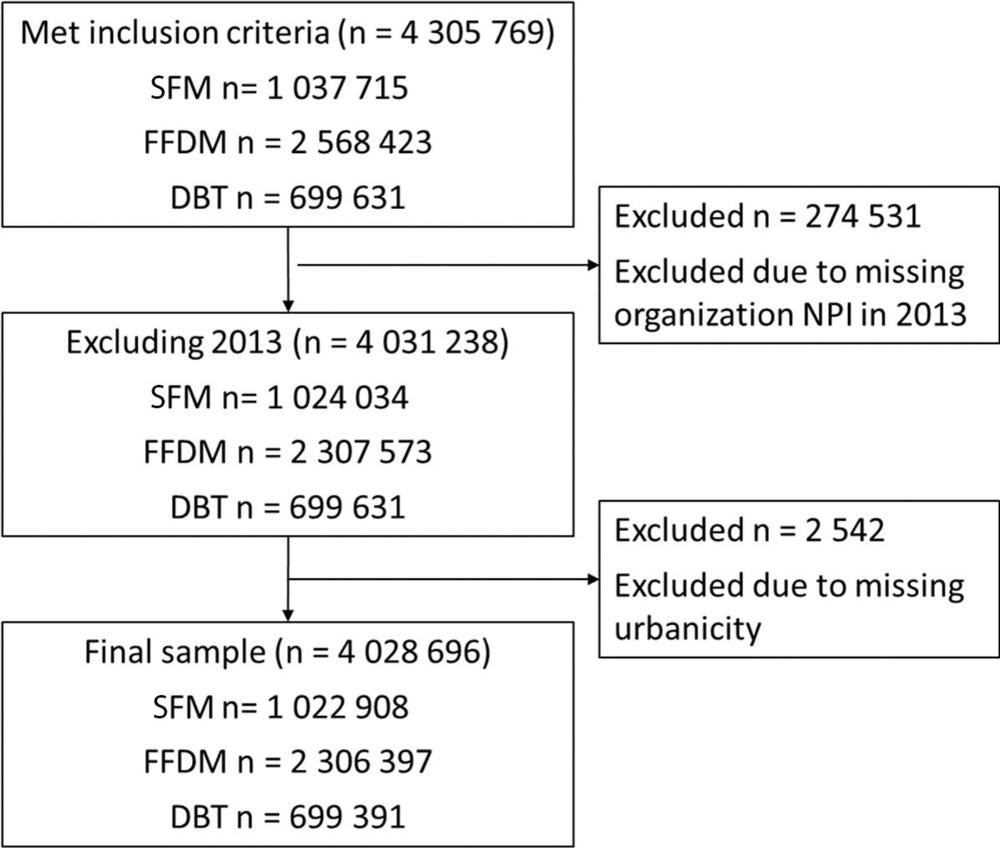 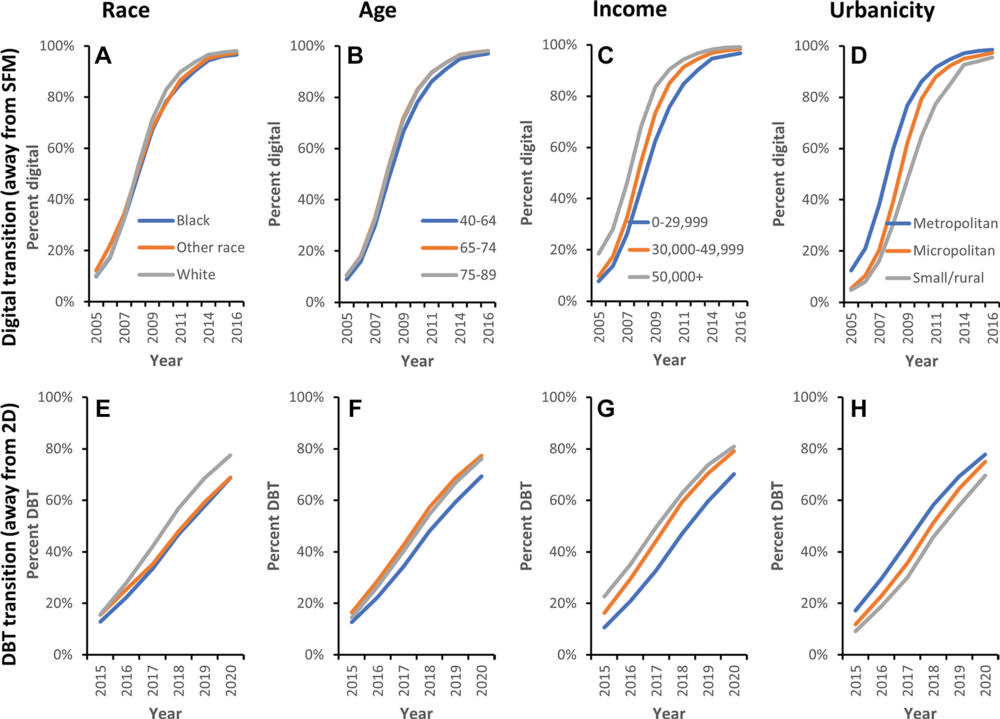 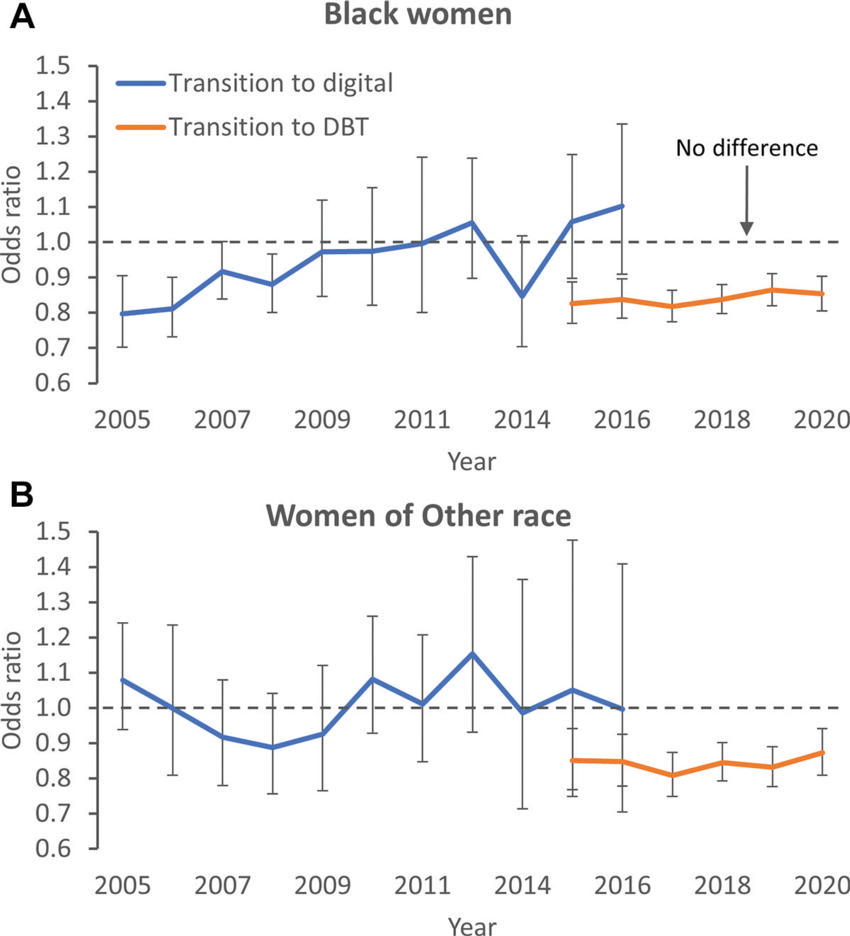 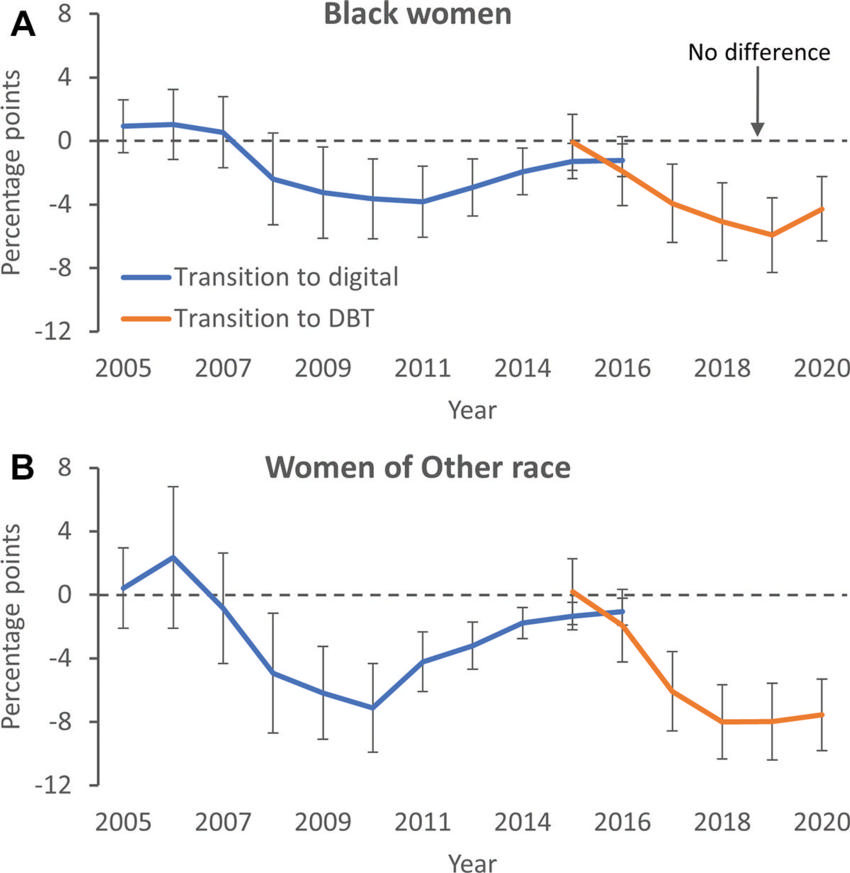