OAK BROOK, Ill. — Increased volume of an important structure in the brain called the choroid plexus is linked to greater cognitive impairment and Alzheimer’s disease, according to a new study published in the journal Radiology. 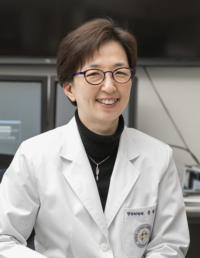 The choroid plexus is a network of blood vessels, connective tissue and cells found in spaces of the brain called ventricles. The plexus plays an important role in brain health. It is a gateway for immune cells from the blood to the brain. As the primary site for the production of cerebrospinal fluid, it is crucial to clearing waste products and toxic proteins from brain cells. This role is particularly important in the case of Alzheimer’s disease. Recent research suggests that disease progression is related to the accumulation of abnormal proteins called amyloid and tau and subsequent degeneration of the nerves.

“Researchers believe impaired clearance rather than overproduction of abnormal amyloid and tau is responsible for Alzheimer’s disease,” said study senior author Won-Jin Moon, M.D., Ph.D., professor of radiology and chairperson of the Department of Radiology at the Konkuk University School of Medicine in Seoul, Korea. “Thus, we assume that the abnormal status of choroid plexus is linked to the failure of clearance leading to waste and toxic protein accumulation in the brain and failure of immune surveillance leading to neuroinflammation.”

Little is known about the choroid plexus’ imaging profile in cognitive impairment.

The study results point to new possibilities for MRI’s role in the diagnosis of Alzheimer’s disease.

“I think our findings on the choroid plexus can suggest it as a new potential MR imaging surrogate for an impaired clearance system and neuroinflammation,” Dr. Moon said.

Other potential clinical applications include helping researchers develop new target drugs or treatments for clearance failure and neuroinflammation. Eventually, choroid plexus measurements could help speed treatment to those who need it most.

“If we combine choroid plexus volume and hippocampal volume in a screening stage, it may help us better discriminate the more vulnerable patients from the less vulnerable ones,” Dr. Moon said.

The researchers plan to follow up with a longitudinal study. They will explore changes in choroid plexus volume over time as the disease progresses. 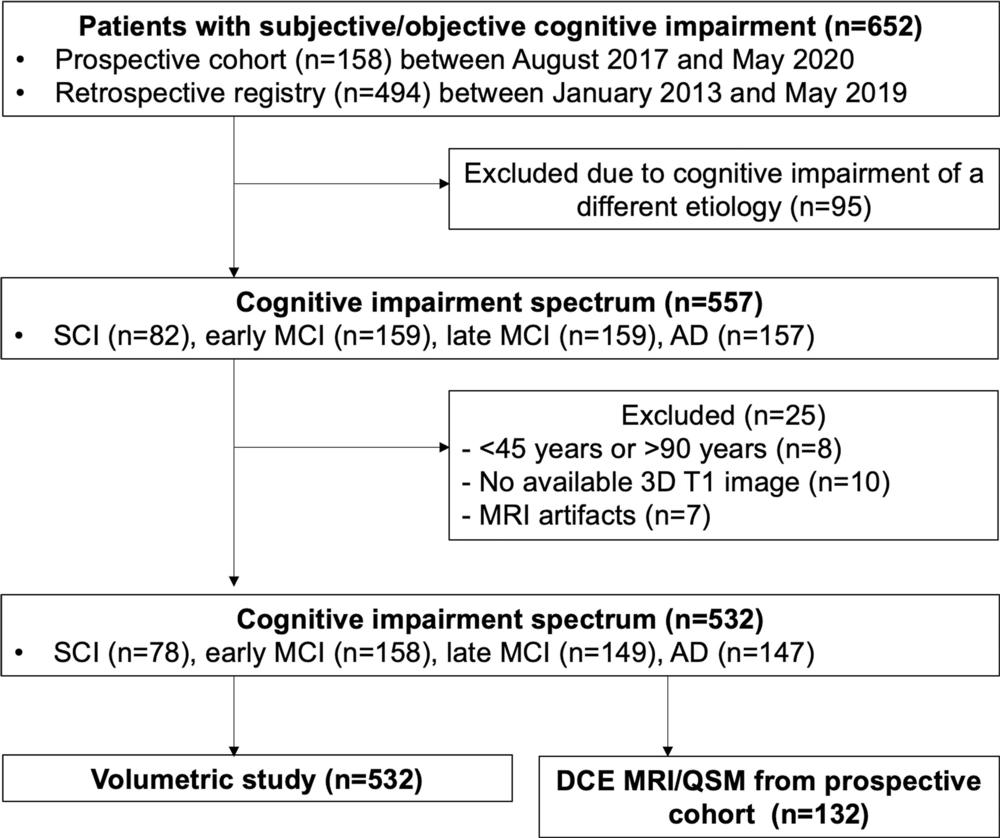 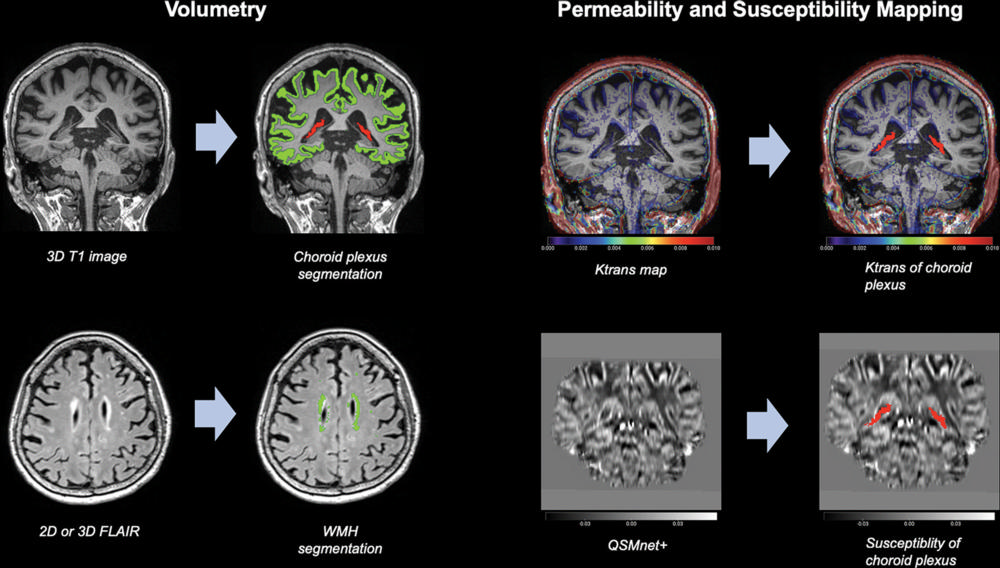 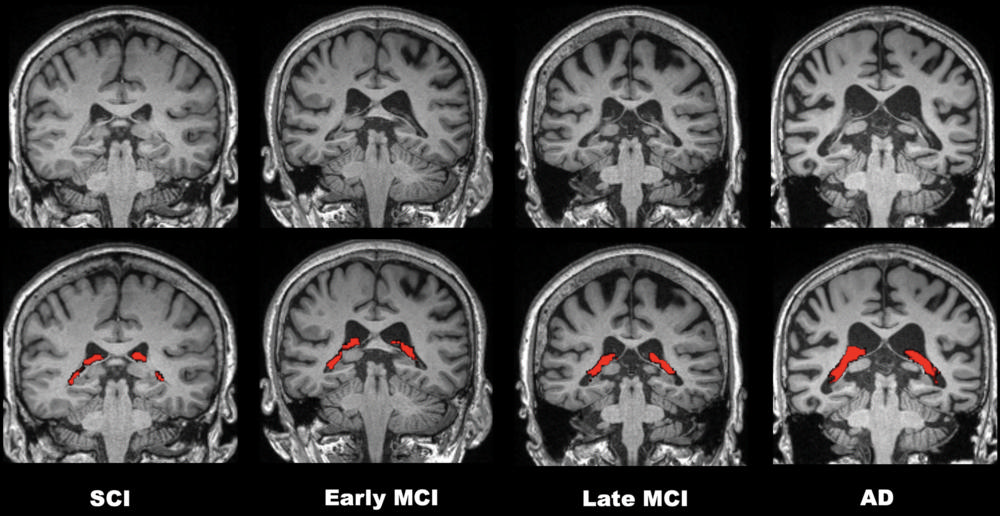 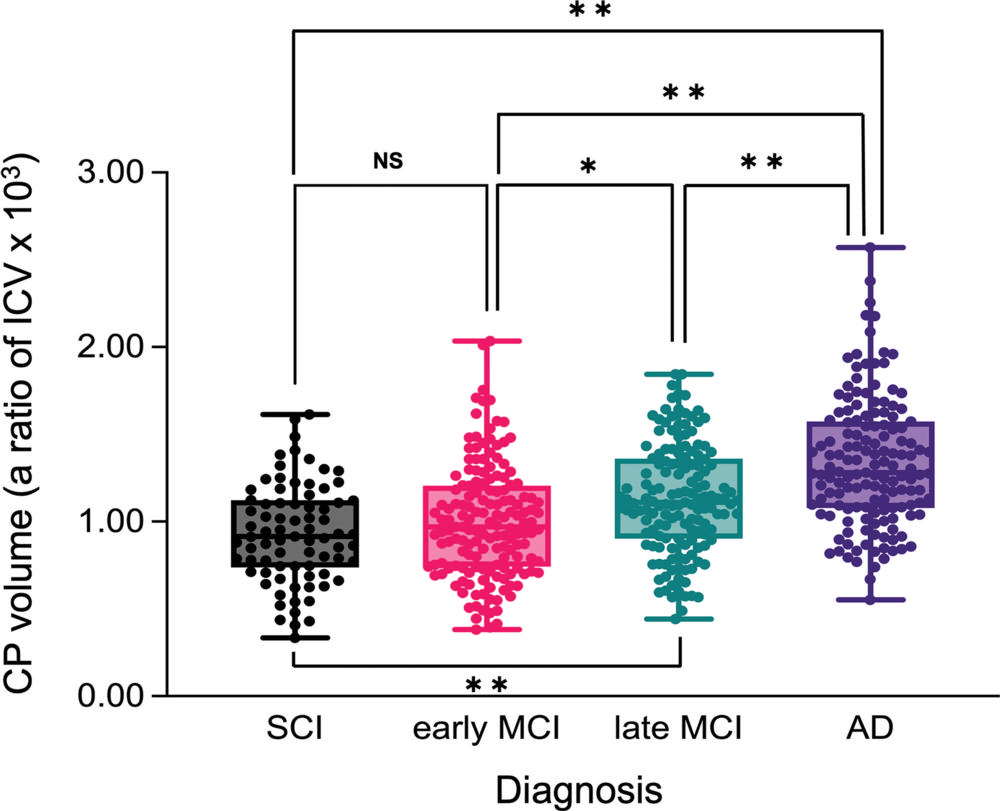 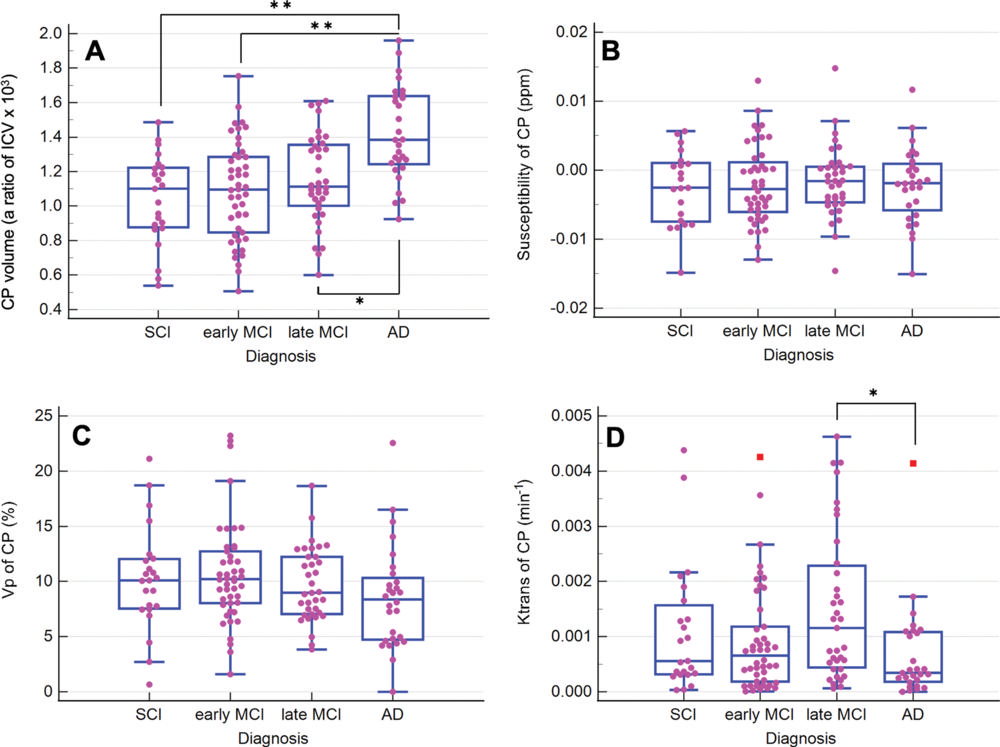 Figure 5. Box plots show (A) structural volume, (B) susceptibility, and (C, D) permeability characteristics of the choroid plexus (CP) in the dynamic contrast-enhanced MRI cohort along the cognitive impairment spectrum (n = 132). Higher CP volume was observed in patients with Alzheimer disease (AD) than in those without dementia, with lower CP permeability (volume transfer constant [Ktrans]) in patients with AD than in those with late mild cognitive impairment (MCI). Fractional plasma volume (Vp) of CP tended to be lower with worse cognitive impairment status (P = .02, Jonckheere trend test). In contrast, CP susceptibility did not differ between groups (P = .73). The horizontal line in each box plot indicates the median, and the box corresponds to the IQR. The whiskers indicate minimum and maximum values in the data.
High-res (TIF) version
(Right-click and Save As) 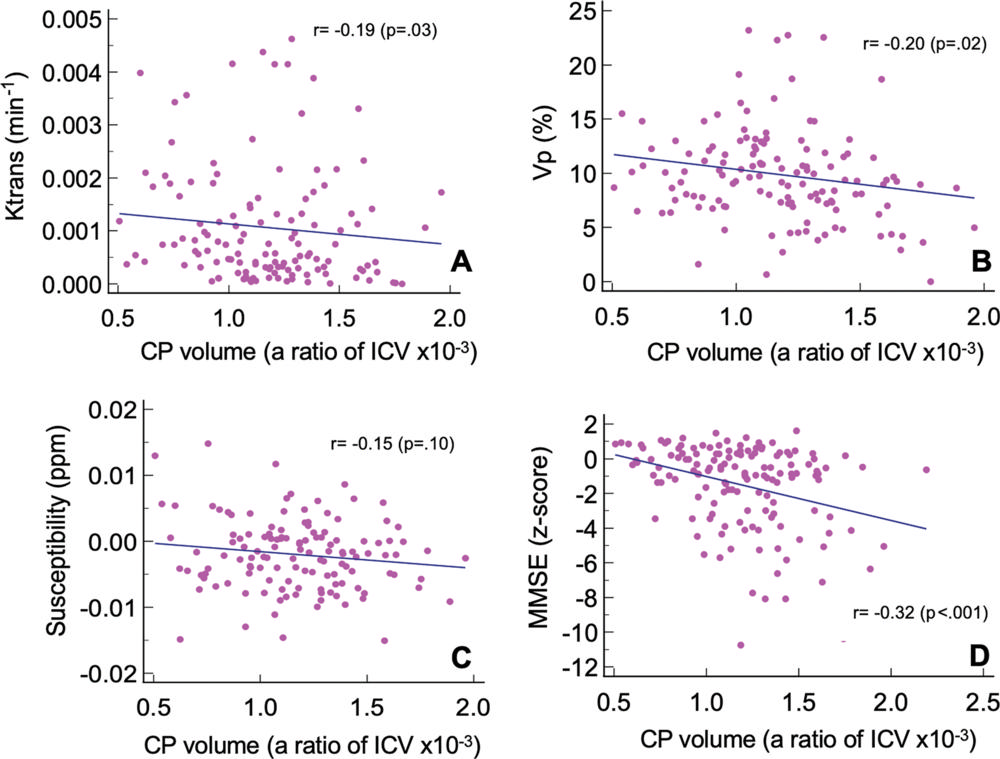