OAK BROOK, Ill. — Richard E. Heller III, M.D., M.B.A., a renowned leader in health policy and expert in value-based radiology, has been elected as an at-large director on the Radiological Society of North America's Board of Directors.

"I am both honored and humbled to join the board of RSNA, an organization so important to me that my wedding in Chicago was timed to coincide with its annual meeting," Dr. Heller said. "RSNA is the center of the radiological sciences global community. The annual meeting is a place to learn and share, as well as re-connect with old friends and meet new ones. And year-round, RSNA is a place where I learn from and engage with others who share a passion for the mission to improve patient care through education, research and technology. I look forward to helping build on the RSNA's legacy of excellence."

Dr. Heller is associate chief medical officer for Communications & Health Policy and national director of pediatric radiology at Radiology Partners, a national radiology practice based in the U.S. He also serves as clinical associate at University of Chicago Medicine, Comer Children's Hospital in Chicago, Illinois. Dr. Heller received his undergraduate degree from Colgate University in Hamilton, New York, and his medical degree from the Feinberg School of Medicine at Northwestern University in Chicago. He continued at Northwestern Hospital for his medical internship and moved to Barnes-Jewish Hospital, Mallinckrodt Institute of Radiology in St. Louis, Missouri, for his residency in diagnostic radiology. He did a fellowship in pediatric radiology at Boston Children's Hospital in 2004-2005. 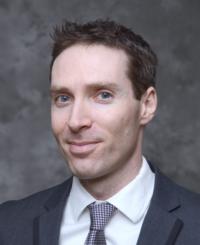 Both in his role at Radiology Partners and for the field of radiology overall, Dr. Heller is a strong advocate for responsible health policies that protect patients and the physician practices that serve them. He has been recognized for his dedication to radiology policy and practice improvements, including with the Practice Values Award for Teamwork at Radiology Partners Practice Leadership Summit in 2019.

Dr. Heller served on the RSNA Policy & Practice subcommittee of the Education Exhibits Committee. He has given many lectures and presentations at the RSNA Annual Meeting, been a session leader and moderator, acted as moderator and presenter in the popular Fast Five session, and was appointed as the RSNA representative to the International Society for Strategic Studies in Radiology (IS3R) working group on value-based care. He serves on the editorial board and as a peer reviewer for Pediatric Radiology and has been a peer reviewer and editorial board member for the Journal of the American College of Radiology (JACR). Dr. Heller also serves on and helps lead several Society for Pediatric Radiology and American College of Radiology (ACR) committees and is on the ACR's Commission on Economics.

Dr. Heller has authored or co-authored many papers and articles on topics as varied as suprarenal masses in children to criteria for defining metrics in value-based care. He has been an invited lecturer, panelist, moderator and podcast guest for nearly 100 events and webinars on a wide variety of topics including pediatric radiology, health policy, diversity in healthcare, legislation affecting radiology practices, and more.

In 2012, Dr. Heller received his M.B.A. from the Kellogg Graduate School of Management at Northwestern University in Chicago. He won an RSNA 2017 Quality Storyboard Award for his work "Improving Clinical Value through Reducing Variability by Establishing and Monitoring Best Practice Recommendations: How We Do It." He was co-captain of the Colgate University Debate Society and representative of Colgate University and The United States of America to The World Universities Debate Championships: Melbourne, Australia, 1994, and Princeton, New Jersey, 1995.

Dr. Heller will serve on the RSNA Board of Directors for a term of three years.