CHICAGO — Adolescents and young adults with post-concussive symptoms who suffered three to five concussions showed disruption in the default mode network, an interconnected network of brain regions involved in wakeful rest and internal thoughts. Results of study using a special MRI technique called resting-state functional MRI (fMRI) are being presented next week at the annual meeting of the Radiological Society of North America (RSNA). 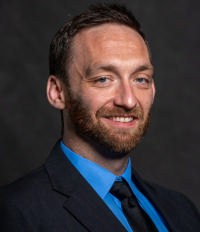 “In the last 20 years, the public awareness of concussion and its long-term effects on the brain has increased and so has research into the topic,” said Thomas Johnson, M.D., Ph.D., a resident physician in neurology at the University of Rochester Medical Center in Rochester, New York. “But there has been scant research using resting state fMRI at the intersection of the adolescent/young adult population and athletes with multiple concussions.”

The default mode network is a functional network of brain regions that becomes active when an individual is not involved in a specific mental task but is instead daydreaming, thinking about the future or recalling memories. Brain structures included in the network are the medial prefrontal cortex, posterior cingulate cortex, inferior parietal lobule, temporal cortex and hippocampal formation. Changes or disruptions in the network have been linked to a wide number of diseases and mental disorders.

“I think of the default mode network as the idle state of the brain, similar to an idling engine,” Dr. Johnson said.

The study group included 142 concussion patients (67 female, mean age 18.2 years) and age- and sex-matched controls (12 female, mean age 20.7). The patients were enrolled in a concussion clinic at the University of Rochester Medical Center for post-concussion syndrome, which includes persistent symptoms such as headaches, dizziness, fatigue and irritability.

All patients and control group participants were scanned using resting-state fMRI while doing nothing but keeping their eyes open during the imaging process. The fMRI allowed researchers to evaluate the default mode network by identifying which areas of the brain activated during imaging.

“When certain areas of the brain get active, blood flow increases in those areas,” Dr. Johnson said. “Using a data analysis technique, we’re able to create a map for each individual in the study that shows how activity was distributed in space and over time.”

Dr. Johnson said the study results give clues as to the threshold at which concussions cause effects, which in turn may help inform protocols for playing contact sports following a concussion.

“Suffering three to five concussions has the potential for long-term disruption of cognitive processes,” he said. “We need to determine our tolerance for concussions. When do we say no more contact sports? We need more evidence to set some limits for people.”

In the future, Dr. Johnson said he would like to conduct follow-up research on his study group by scanning the patients with resting-state fMRI in five years to determine whether disruptions in the default mode network remain.

“Trying to determine the cognitive impacts of concussion over the long-term is tricky to tease out,” Dr. Johnson said. “Typically, we use standard paper tests. Using fMRI is an advanced mathematical way of looking at the networks in the brain.”

In the meantime, he said resting-state fMRI may be helpful as a marker of progress and means of monitoring recovery in patients with prolonged post-concussion syndrome.

“The current standard for evaluating concussive patients is based on symptoms,” Dr. Johnson said. “I envision this technique being used to help inform and guide the clinical course of patients.” 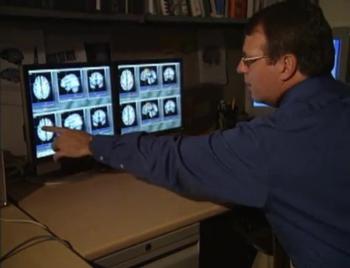 Video 1. A radiologist reviews brain MR images.
Download MP4
(Right-click and Save As) 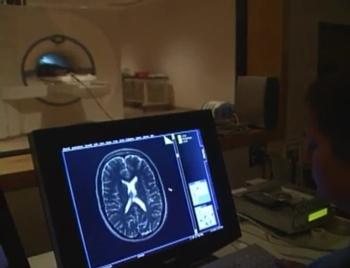 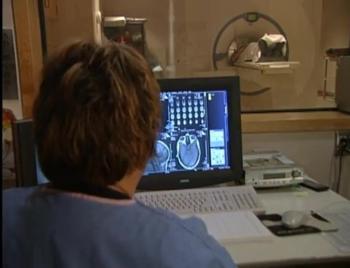 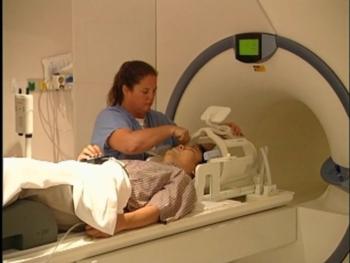 Video 4. Technologist positions a patient for brain fMRI.
Download MP4
(Right-click and Save As) 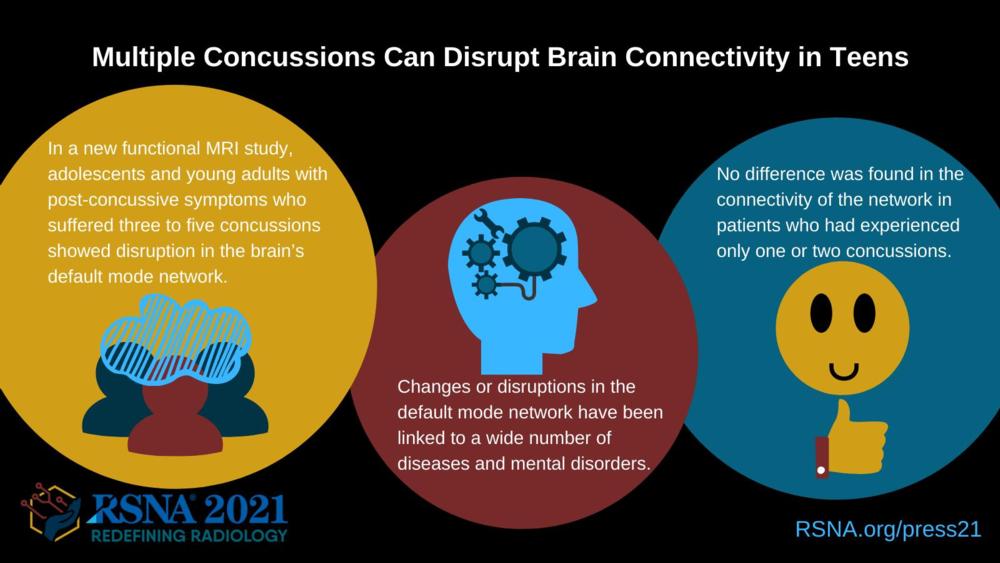 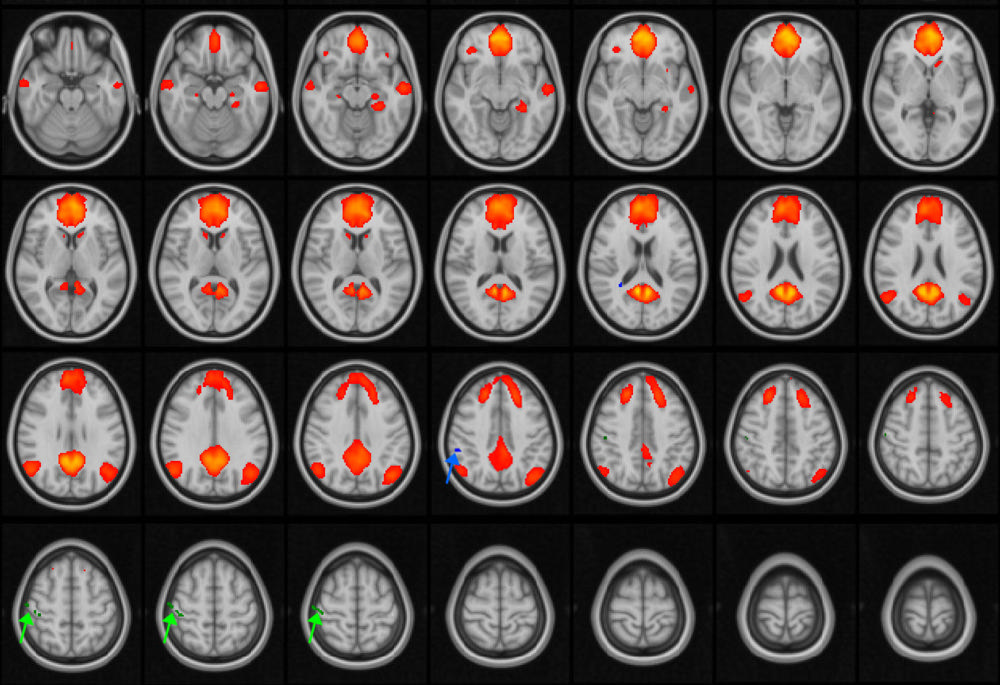 Figure 1. MRI images of the brain, with the default mode network (DMN) highlighted in orange/red. The DMN is active during periods of wakeful rest, when the mind is not focused on a particular task. The green and blue arrows point to areas of the network that are disrupted in adolescent patients with concussions.
High-res (TIF) version
(Right-click and Save As)