CHICAGO — Intrauterine contraceptive devices (IUDs) appear to have systemic effects on the body like those of hormone replacement therapy, according to a breast MRI study being presented next week at the annual meeting of the Radiological Society of North America (RSNA). 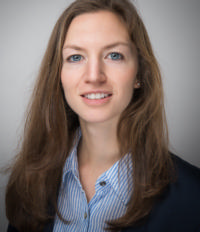 “It has been claimed that IUDs have a purely local effect on the uterus,” said Luisa Huck, M.D., radiology resident in the Department of Diagnostic and Interventional Radiology at RWTH Aachen University in Aachen, Germany. “Our study results suggest that this is not true.”

Levonorgestrel-releasing IUDs (LNG-IUDs) are used by tens of millions of women worldwide. They work by releasing a small amount of hormone into the uterus. Because the hormone is released directly into the uterus, the amount in the bloodstream is lower than with other hormonal methods. In theory, this limited area of release means that any side effects would be confined to the region around the IUD. However, emerging evidence suggests that LNG-IUDs can be associated with systemic side effects similar to those of systemic hormonal medication.

The observation prompted Dr. Huck to investigate the association between LNG-IUD use and background parenchymal enhancement in breast MRI and explore possible systemic effects of LNG-IUDs.

Using the hospital database, Dr. Huck and colleagues identified premenopausal women without a personal history of breast cancer or hormone or antihormone intake, who had undergone standardized dynamic contrast-enhanced breast MRI for screening at least twice.

“By comparing the level of contrast enhancement in the same women with and without the IUD in place, a change in systemic hormone levels due to the IUD could be traced,” Dr. Huck said.

Analysis showed that IUD use led to significant increase of enhancement in 23 of 48 patients, indicating that there are hormonal effects caused by IUD use that occur well beyond the uterus.

“The results suggest that IUDs do not have a purely local effect on the uterus – but affect the entire body,” Dr. Huck said.

She added that is plausible that IUDs can have side effects similar to that of other hormonal treatments.

“Use of an IUD leads to hormonal stimulation of the breast that is detectable by MRI,” Dr. Huck said. “The increased enhancement also has implications for the diagnostic accuracy of breast MRI in women using hormonal IUDs.”

While the results point to a systemic hormonal effect for women with IUDs in place, it does not mean that the contraceptives are unsafe to use, Dr. Huck emphasized.

“IUDs appear to be a very safe means of contraception and are generally well tolerated,” she said. “However, if women with an IUD in place experience unexplainable side effects, they should talk to their doctor and consider using other types of contraception.” 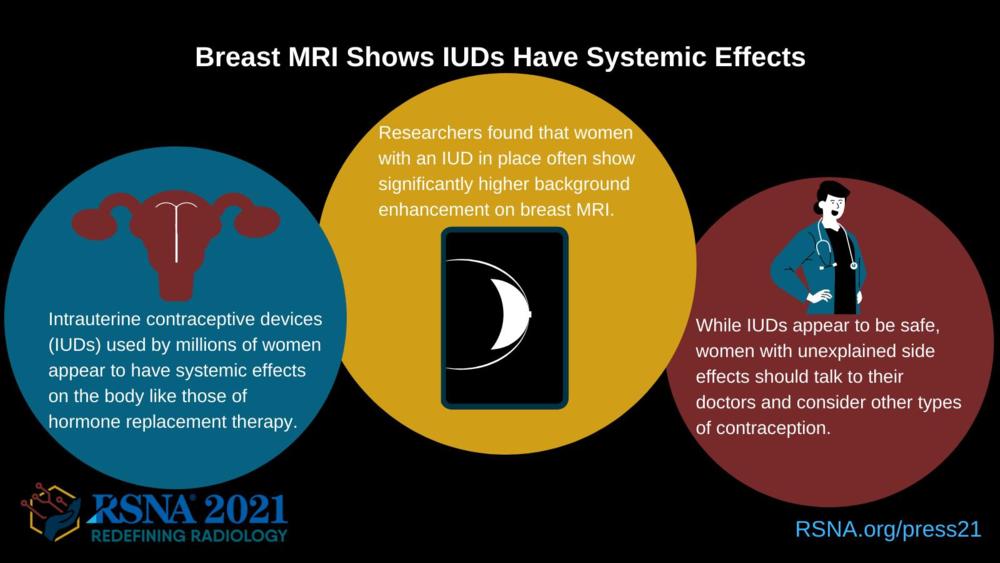