OAK BROOK, Ill. (November 3, 2021) — The Radiological Society of North America (RSNA) has announced that Jinel A. Scott, M.D., and Richard E. Heller III, M.D., are candidates to serve as at-large directors on the RSNA Board of Directors. Eligible members will vote on the candidates during the RSNA 2021 business meeting on Tuesday, November 30, in Chicago. 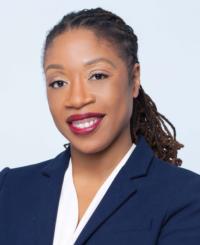 Dr. Scott is an associate professor of clinical radiology in the Department of Radiology at SUNY Downstate Health Sciences University, and director of emergency radiology, quality improvement and patient safety services at Kings County Hospital Center, both in New York City. She is also an attending radiologist at the University Hospital of Brooklyn. She received her medical degree from Howard University College of Medicine in Washington, D.C. Dr. Scott is a member of RSNA’s Committee on Diversity, Equity and Inclusion and the RSNA representative to the Radiology Health Equity Coalition. She serves on the American College of Radiology (ACR) Appropriateness Criteria Expert Panel on Musculoskeletal Imaging and the General Radiology Improvement Database Committee. She is a member of the NYC Health and Hospitals System High Value Council.

Dr. Heller is associate chief medical officer: Communications & Health Policy and national director of pediatric radiology at Radiology Partners, a national radiology practice based in the U.S. He also serves as clinical associate at University of Chicago Medicine, Comer Children’s Hospital in Chicago, Illinois. Dr. Heller received his medical degree from the Feinberg School of Medicine at Northwestern University in Chicago. He has served on the RSNA Policy & Practice subcommittee of the Education Exhibits Committee. He has given many lectures and presentations at the RSNA Annual Meeting, been a session leader and moderator, acted as moderator and presenter in the popular Fast Five session, and was appointed as the RSNA representative to the International Society for Strategic Studies in Radiology (IS3R) working group on value-based care. He serves on the editorial board and as a peer reviewer for Pediatric Radiology and has been a peer reviewer and editorial board member for the Journal of the American College of Radiology (JACR). Dr. Heller also serves on and helps lead several Society for Pediatric Radiology and American College of Radiology (ACR) committees and is on the ACR’s Commission on Economics. 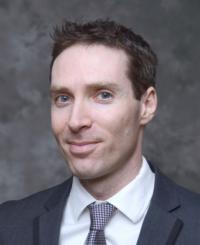 In May, RSNA members approved proposed amendments to the RSNA bylaws to modify the size of the board from eight to a range of seven to 11 members. Under the bylaws change, the president, chair and five additional members now serve as standing directors and maintain the succession of board leadership. Up to four additional members may serve as at-large directors. At-large directors will be appointed for three-year terms.

After approval of the revised bylaws, RSNA issued a call for nominations for two at-large director positions. The Society’s nominating committee then reviewed the nominations received and recommended a slate of candidates.

“RSNA recognizes the value that inclusion of diverse leadership brings to the profession, the importance of representing the diversity of perspectives across society membership, and the critical role leadership opportunities play in career development,” said Matthew A. Mauro, M.D., chair of the RSNA Board of Directors.

The board adjustments were designed to create a flexible structure to invite more voices to board deliberations and add more varied expertise. Additionally, the changes increase flexibility to include more midcareer professionals and private practitioners in board discussions, which will provide those key members of the radiology profession a stronger voice in the development of strategies, programs and services that accommodate their unique needs.

Upon approval by the membership, the new board members will begin their term (2021-2024) at the close of the RSNA 107th Scientific Assembly and Annual Meeting on December 2, 2021.