CHICAGO (September 28, 2021) — The Radiological Society of North America (RSNA) announced that the Alexander R. Margulis Award for Scientific Excellence will be presented to László Tabár, M.D., and Stephen W. Duffy, M.Sc., for the article, “Beneficial Effect of Consecutive Screening Mammography Examinations on Mortality from Breast Cancer: A Prospective Study,” published online in Radiology in March 2021. The study of nearly 550,000 women found that regular mammography screening substantially reduces the risk of dying from breast cancer. 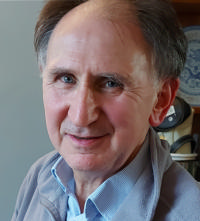 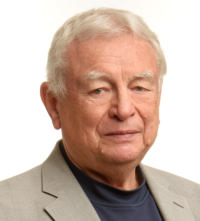 “This year’s Margulis Award recognizes impactful results likely to affect millions of women throughout the world,” said Radiology editor David A. Bluemke, M.D., Ph.D. “The authors evaluated mammography data from more than half a million women over a 24-year period. Women who faithfully attended regular breast cancer screenings lowered their risk of death from breast cancer by 50%.”

“We are honored and grateful to receive the Alexander Margulis award,” said Duffy, professor of cancer screening at Queen Mary University of London. “Our thanks go to our colleagues in Sweden and elsewhere who made the work possible, and to the Radiological Society of North America for the award.”

“Regular participation in mammography screening is a prerequisite for decreasing the risk of dying from breast cancer,” said Dr. Tabár, professor emeritus at the University of Uppsala, Sweden. “Missing even one screening examination confers a significant increase in risk. This is an important message for women in the screening age group, for healthcare providers and public health decision makers.”

In the study funded by the American Cancer Society, Dr. Tabár, Duffy, and a multinational team of researchers took a more detailed look at screening attendance patterns to further refine mortality risk estimates. They analyzed data from almost 550,000 women eligible for mammography screening in nine Swedish counties between 1992 and 2016.

The women were divided into groups based on their participation in the two most recent scheduled screening exams prior to cancer diagnosis. Women who participated in both screening sessions prior to diagnosis were identified as serial participants, while those who did not attend either screening opportunity were categorized as serial nonparticipants.

The Margulis Award will be presented at a luncheon during the RSNA 107th Scientific Assembly and Annual Meeting (RSNA 2021) in Chicago (Nov. 28-Dec. 2).

“We are honored to receive this award,” Dr. Tabár said. “Our thanks go to our colleagues and personnel working in the Breast Centers in nine Swedish counties, to the members of our international research group and to the Radiological Society of North America.”

RSNA is an association of radiologists, radiation oncologists, medical physicists and related scientists, promoting excellence in patient care and health care delivery through education, research and technologic innovation. The Society is based in Oak Brook, Ill. (RSNA.org)