OAK BROOK, Ill. — An automated system that uses artificial intelligence (AI) can quickly and accurately sift through breast MRIs in women with dense breasts to eliminate those without cancer, freeing up radiologists to focus on more complex cases, according to a study published in Radiology

Supplemental screening in women with extremely dense breasts increases the sensitivity of cancer detection. Research from the Dense Tissue and Early Breast Neoplasm Screening (DENSE) Trial, a large study based in the Netherlands, supported the use of supplemental screening with MRI.

“The DENSE trial showed that additional MRI screening for women with extremely dense breasts was beneficial,” said study lead author Erik Verburg, M.Sc., from the Image Sciences Institute at the University Medical Center Utrecht in the Netherlands. “On the other hand, the DENSE trial confirmed that the vast majority of screened women do not have any suspicious findings on MRI.”

Since most MRIs show normal anatomical and physiological variation that may not require radiological review, ways to triage these normal MRIs to reduce radiologist workload are needed.

In the first study of its kind, Verburg and colleagues set out to determine the feasibility of an automated triaging method based on deep learning, a sophisticated type of AI. They used breast MRI data from the DENSE trial to develop and train the deep learning model to distinguish between breasts with and without lesions. The model was trained on data from seven hospitals and tested on data from an eighth hospital.

The deep learning model considered 90.7% of the MRIs with lesions to be non-normal and triaged them to radiological review. It dismissed about 40% of the lesion-free MRIs without missing any cancers.

“We showed that it is possible to safely use artificial intelligence to dismiss breast screening MRIs without missing any malignant disease,” Verburg said. “The results were better than expected. Forty percent is a good start. However, we have still 60% to improve.”

The AI-based triaging system has the potential to significantly reduce radiologist workload, Verburg said. In the Netherlands alone, nearly 82,000 women may be eligible for biennial MRI breast screening based on breast density.

The researchers plan to validate the model in other datasets and deploy it in subsequent screening rounds of the DENSE trial.

Radiology is edited by David >A. Bluemke, M.D., Ph.D., University of Wisconsin School of Medicine and Public Health, Madison, Wisconsin, and owned and published by the Radiological Society of North America, Inc. (https://pubs.rsna.org/journal/radiology)

Figure 1. Schematic illustration of model architecture. Convolutional layers are indicated by “Conv,” and the final layer is the softmax activation function.
High-res (TIF) version
(Right-click and Save As) 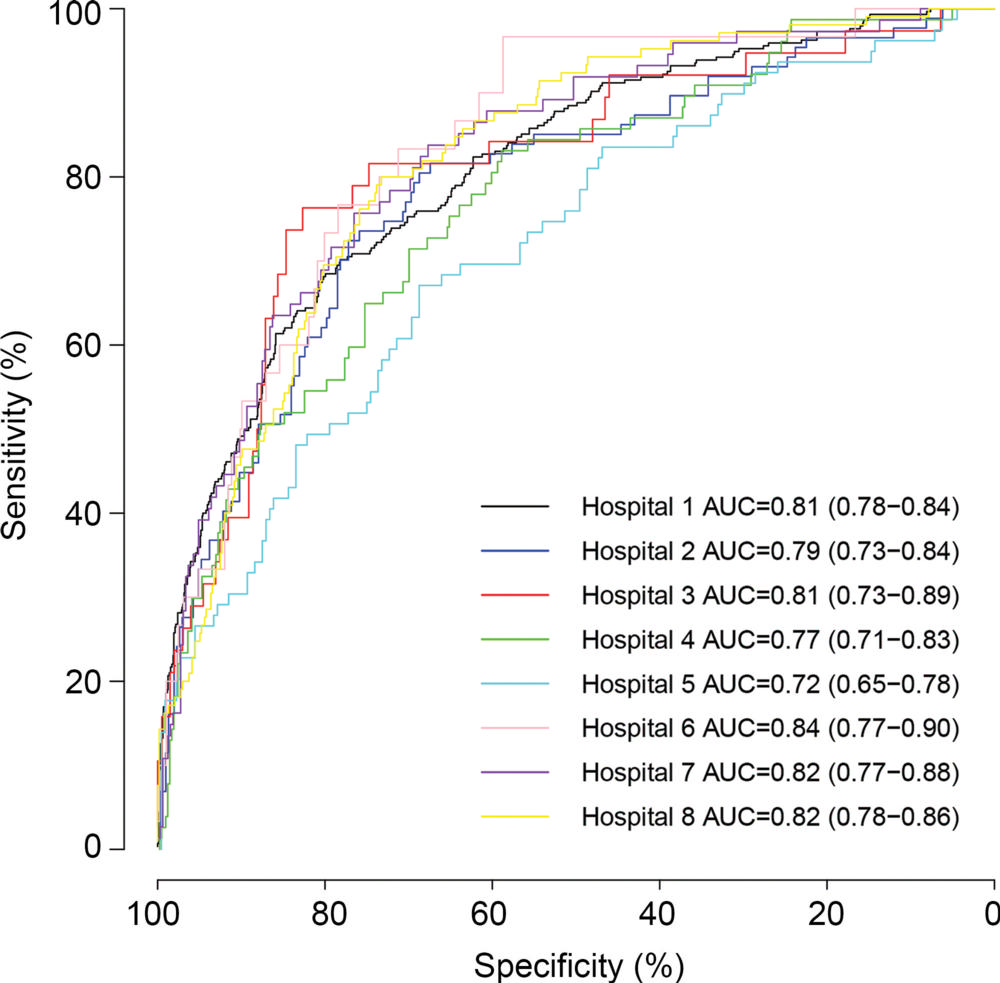 Figure 2. Receiver operating characteristics curves of data sets from eight hospitals. Each curve is the result of testing on one of the participating hospitals in the Dense Tissue and Early Breast Neoplasm Screening, or DENSE, trial using internal-external validation. Curves show the sensitivity and specificity of the method in the differentiation between MRI scans with lesions and those without lesions. Numbers in parentheses are the 95% CI. AUC = area under the receiver operating characteristic curve.
High-res (TIF) version
(Right-click and Save As) 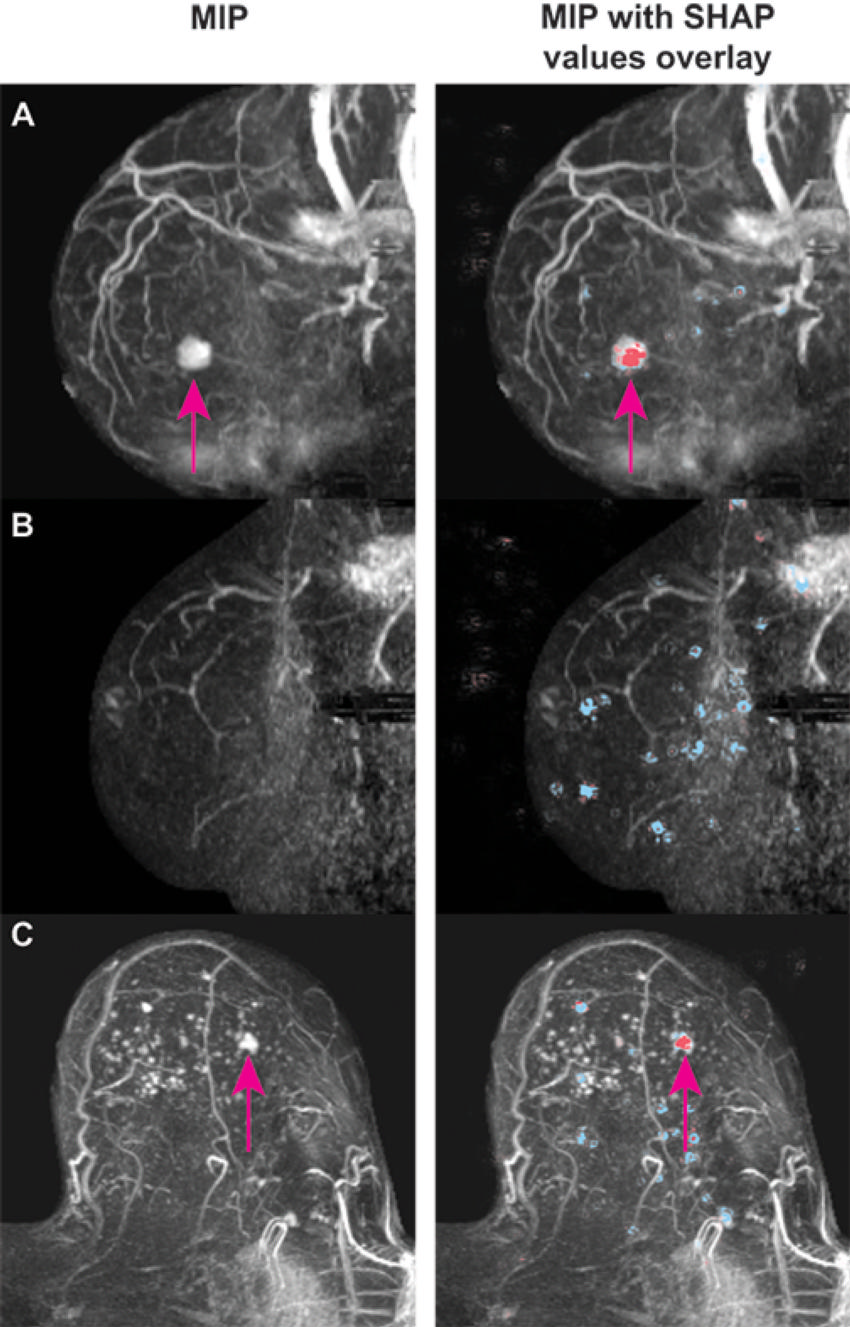