OAK BROOK, Ill. — People living with human immunodeficiency virus (HIV) and without known cardiovascular disease have two to three times the noncalcified coronary plaque burden of non-HIV healthy volunteers, according to a study from Canada published in Radiology. Researchers said the results underscore the importance of a heart-healthy lifestyle in people living with HIV. 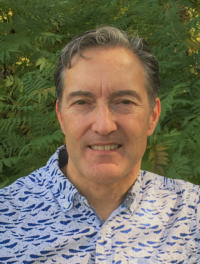 HIV/AIDS emerged as a major public health crisis in the 1980s. Disease-related mortality peaked in the mid-1990s and has been dropping since, thanks in large part to antiretroviral therapy, which does not cure the disease but helps control it.

Today, people with HIV infection live longer and are increasingly subject to age-related diseases, such as coronary artery disease. Studies from North America and Europe have shown a greater risk of heart attacks in people living with HIV compared with the general population, even after adjustment for risk factors. The reasons for this are not entirely known.

For the new prospective study, researchers compared the burden and CT characteristics of coronary plaque in 265 participants, including 181 asymptomatic people living with HIV without known cardiovascular disease and 84 non-HIV healthy volunteers.

All 265 participants underwent coronary artery calcium scoring, a CT-based assessment that provides information on the presence and amount of calcified plaque in the arteries of the heart. Most of the participants also had coronary CT angiography, a noninvasive imaging option capable of quantifying and characterizing coronary plaque and predicting the risk of adverse cardiovascular events like a heart attack. Image assessors who had been blinded to the clinical characteristics of the participants and their HIV status used the CT angiography results to categorize the coronary plaques as calcified, noncalcified or mixed.

There was no difference between the two groups in coronary artery calcium score and overall plaque prevalence. The median 10-year Framingham Risk Score, a commonly used measure to estimate the risk of coronary artery disease, was also similar.

However, noncalcified plaque prevalence and volume were two to three times higher at coronary CT angiography in people living with HIV compared with non-HIV healthy volunteers after adjustment for cardiovascular risk factors. Noncalcified plaque may be more prone to rupture than calcified plaque.

“Our study shows that noncalcified coronary plaque is increased in people living with HIV,” said study lead author Carl Chartrand-Lefebvre, M.D., M.Sc., from the Radiology Department at the Centre hospitalier de l'Université de Montréal (CHUM) in Montreal. “And noncalcified plaque has previously been shown to be associated with worse cardiovascular outcomes than calcified or mixed plaques.”

Calcified plaque frequency was reduced in people living with HIV. Treatment with protease inhibitors was associated with higher volume of overall and mixed plaque.

According to Dr. Chartrand-Lefebvre, the differences in plaque burden between the two groups are likely due to a number of factors, including the antiretroviral therapy.

The study results suggest that the adoption of a healthy lifestyle, crucial to preventing atherosclerotic disease in the general population, may be especially important for people living with HIV. Dr. Chartrand-Lefebvre recommended that people living with HIV be aware of their cardiovascular risk factors such as smoking, diabetes, high blood pressure, obesity and lack of physical exercise. They should also discuss with their physicians the best ways to prevent cardiovascular disease.

“For radiologists, these results suggest that coronary CT angiography interpretation in people living with HIV should probably include quantification of coronary plaque by subtypes to allow better cardiovascular risk stratification,” Dr. Chartrand-Lefebvre said.

The new study is nested in the Canadian HIV and Aging Cohort Study (CHACS), a large multicenter initiative based at the CHUM Research Centre. CHACS was implemented in 2012 by Cécile Tremblay, M.D., and is now led by Madeleine Durand, M.D., M.Sc. 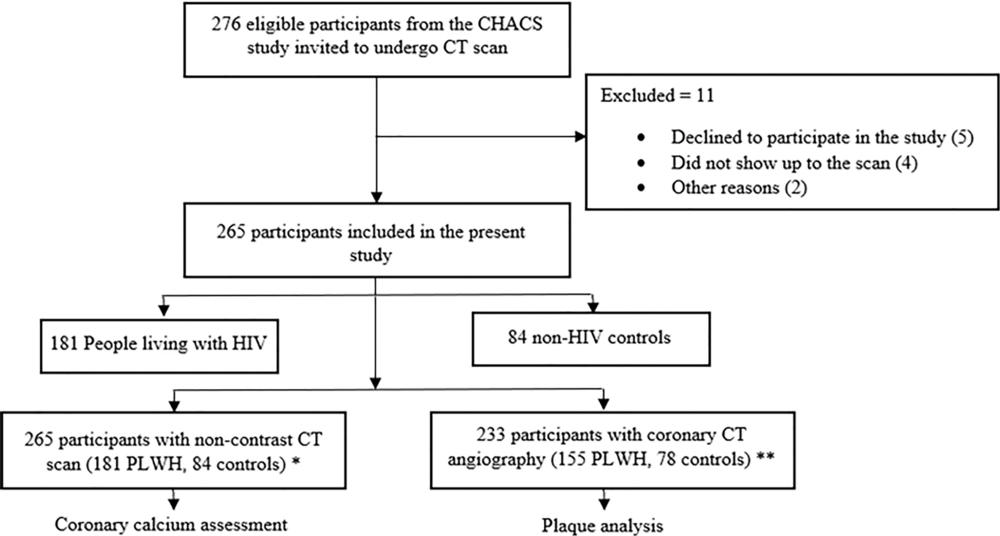 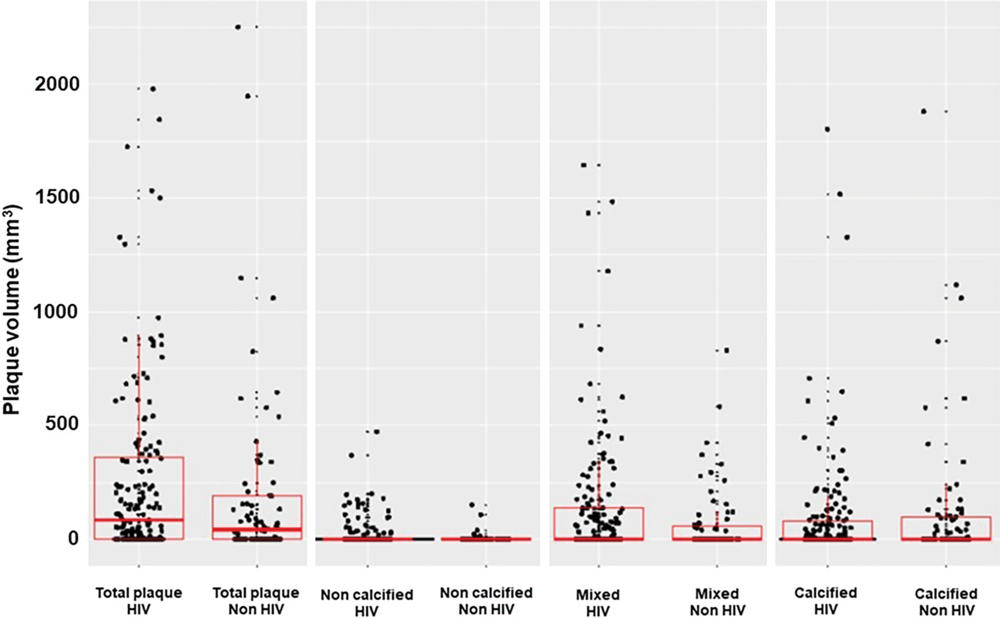 Figure 3. Plot shows volume of subclinical coronary atherosclerosis by plaque types and HIV serostatus. Overall volume of plaque was 257.9 mm3 ± 390.7 and 198.1 mm3 ± 405.6 (P = .06) in people living with HIV (PLWH) and healthy volunteers, respectively. This difference was not different between the two groups after adjustment for cardiovascular risk (not shown). When stratified by types of plaque, there was a greater volume of noncalcified (P = .008) and mixed plaque (P = .01) in the PLWH compared with healthy volunteers. After adjustment for cardiovascular risk, noncalcified plaque volume (odds ratio, 2.8; 95% CI: 1.05, 7.40; P = .04) remained higher in PLWH (not shown). The lower limit of each red box is the limit of the 1st quartile (25th percentile), the upper limit of the red box is the limit of the 3rd quartile (75th percentile), and the middle thick line is the median.
High-res (TIF) version
(Right-click and Save As)