Colorectal cancer is among the three most common causes of cancer-related death among men and women in industrialized countries. Most types of colorectal cancer originate from adenomatous polyps—gland-like growths on the mucous membrane lining the large intestine—that develop over several years. Early detection and removal of these precancerous polyps can reduce the incidence and mortality of colorectal cancer.

During the last two decades, CT colonography emerged as a noninvasive alternative to colonoscopy in screening for colorectal cancer. It is comparable to colonoscopy in detecting most polyps and is effective at visualizing portions of the colon that in cases of complex anatomical conditions cannot always be evaluated by colonoscopy. However, CT colonography does not enable a definite differentiation between benign and premalignant polyps, which is crucial for individual risk stratification and therapy guidance.

For the new study, researchers leveraged the power of radiomics, a process of extracting quantitative features from medical images, to characterize polyps beyond what was apparent to the naked eye.

In the test set, the machine learning approach enabled noninvasive differentiation of benign and premalignant CT colonography-detected colorectal polyps, with a sensitivity of 82%, and specificity of 85%. The area under the curve (AUC), a graphical measurement that reflects how much the model is capable of distinguishing between benign and precancerous polyps, was excellent.

The findings point to a role for machine learning-derived algorithms in boosting the effectiveness of CT colonography as a screening tool for colorectal cancer.

"Adding machine learning-assisted image analysis to conventional, radiological image reading could further improve the clinical significance of CT colonography-based colorectal cancer screening by allowing for a more precise selection of patients eligible for subsequent polypectomy," Dr. Grosu said. "This method could be used routinely as a second reader in all CT colonography examinations in the distant future."

Dr. Grosu said that additional studies with larger numbers of patients are needed to validate the findings. He added that these studies should also help drive improvements in the machine learning algorithm. 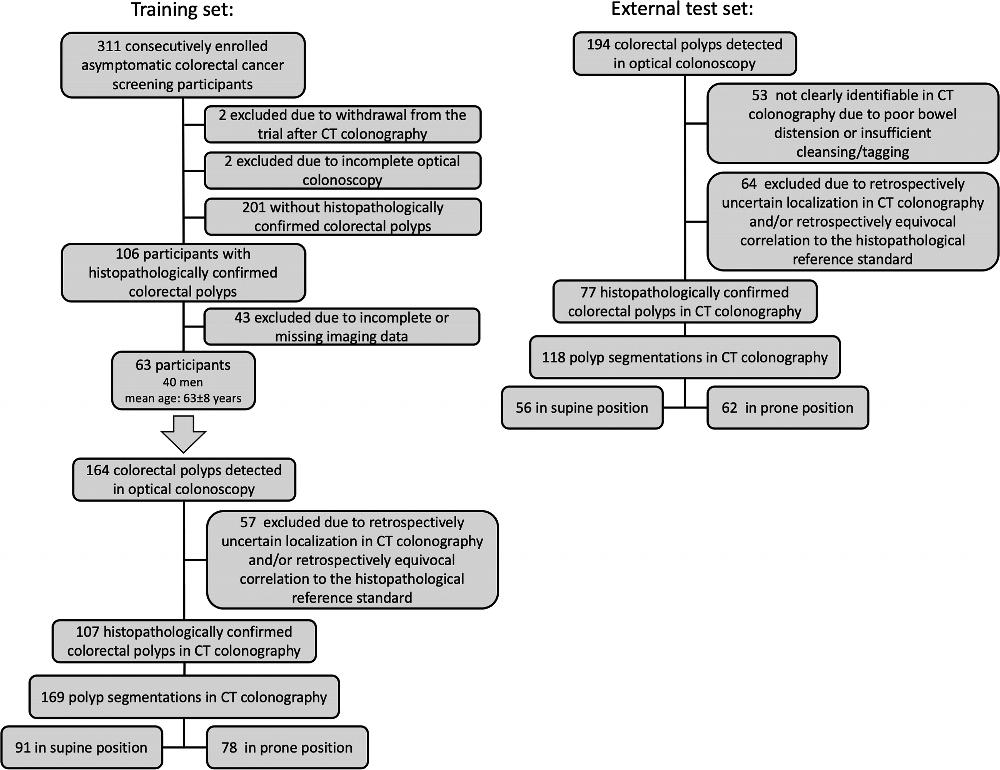 Figure 1. Flow diagram of the training set and external test set.
High-res (TIF) version
(Right-click and Save As) 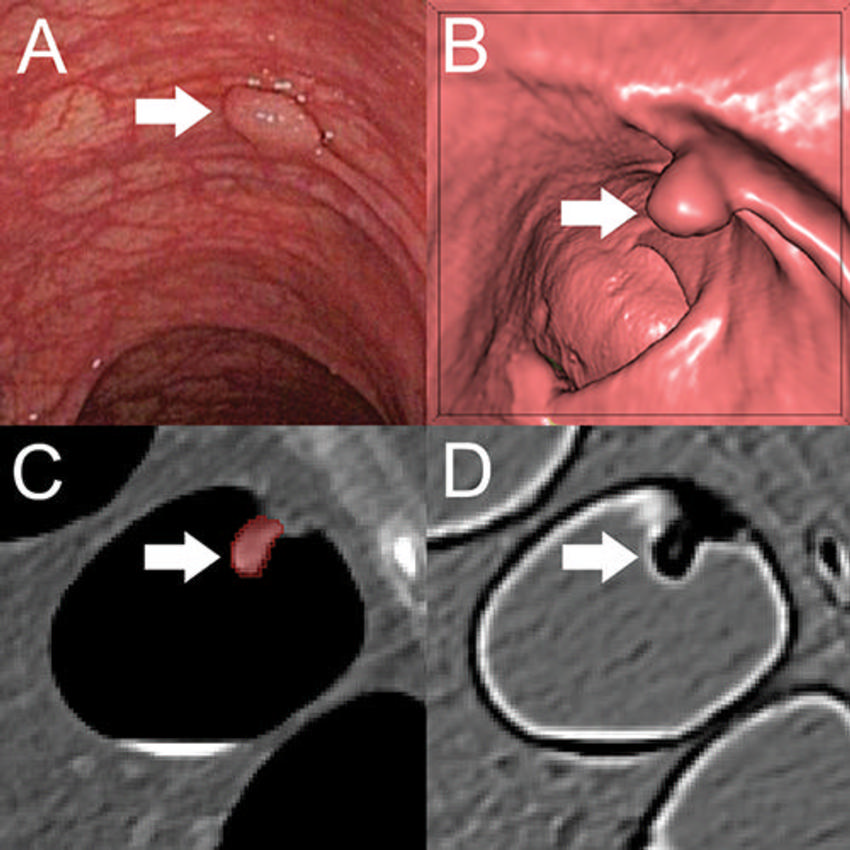 Figure 3. Top: Axial CT colonography images show representative colorectal polyps (arrow) in the training set. Bottom: Corresponding histopathologic work-up. (Hematoxylin-eosin staining; original magnification 320.) A, An 8-mm hyperplastic polyp in the ascending colon of a 54-year-old woman with hyperplastic epithelia. B, An 8-mm tubular adenoma in the sigmoid colon of a 68-year-old man with tubular growth pattern and elongated nuclei. C, An 11-mm tubulovillous adenoma in the rectum of a 73-year-old man with tubulovillous growth pattern and elongated nuclei.
High-res (TIF) version
(Right-click and Save As) 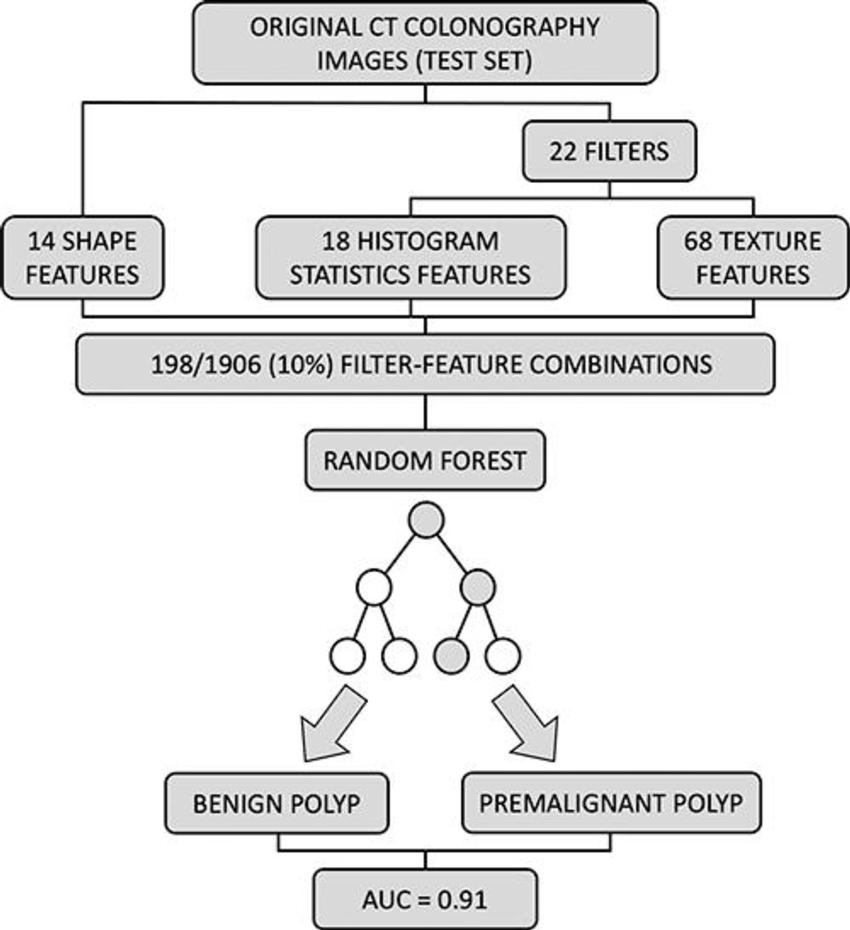 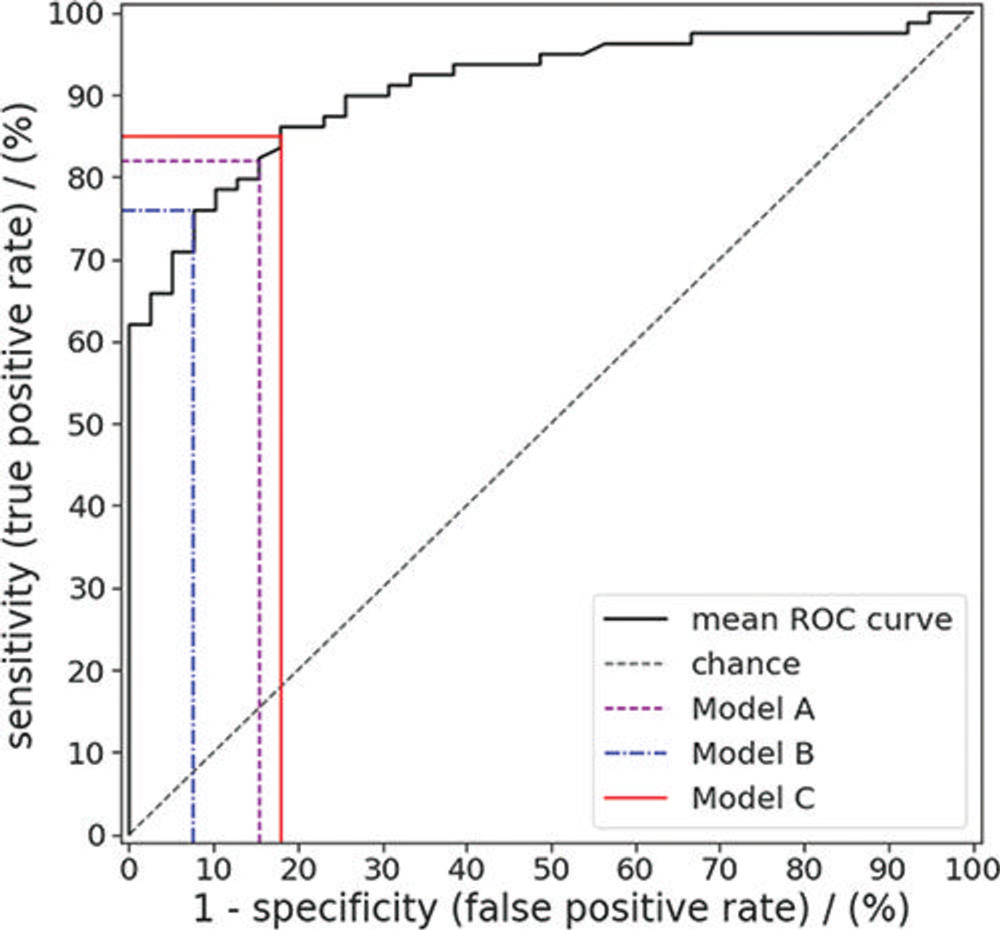 Figure 6. Receiver operating characteristic (ROC) curve for random forest predictions of colorectal polyp class (benign vs premalignant) for the polyps in the external test set. Sensitivity and specificity were evaluated for a default threshold value of 0.5 (model A), a threshold value that maximized the Youden index (model B), and a threshold resulting in the highest possible specificity while achieving a sensitivity of at least 85% (model C).
High-res (TIF) version
(Right-click and Save As)