OAK BROOK, Ill. – Breast cancer death rates have stopped declining for women in the U.S. younger than age 40, ending a trend that existed from 1987 to 2010, according to a new study in Radiology. Researchers expressed hope that the findings would raise awareness of breast cancer in younger women and spur research into the causes behind the change. 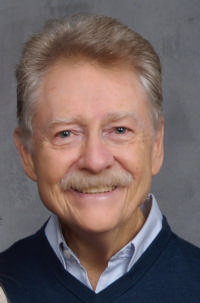 Breast cancer is the most common non-skin cancer and the second most common cause of cancer deaths in women in the U.S., accounting for 30% of all cancers in women. Although most invasive breast cancers occur in women age 40 years and older, 4% to 5% of cases happen in women younger than 40 years.

In the new study, researchers determined U.S. trends in female breast cancer mortality rates by 10-year age subgroups based on recent data from the National Center for Health Statistics.

“It’s clear that mortality rates in women under 40 are no longer decreasing,” said study lead author R. Edward Hendrick, Ph.D., clinical professor from the Department of Radiology at the University of Colorado School of Medicine in Aurora, Colorado. “I estimate that in two to three years, the mortality rate will be increasing significantly in these women.”

Unlike breast cancer treatments, imaging recommendations for early detection vary by age. Women 40 and older are offered screening mammography for early breast cancer detection and over half of these women report being screened regularly. Screening is not done for women under 40 unless they are known to be at high risk for breast cancer.

According to the researchers, the continued decline in death rates in women over age 40 may reflect the benefit of regular screening for women in this age group. The difference in mortality trends for women under 40 and over 40 provides further evidence for the essential role mammography screening plays in decreasing breast cancer deaths, they said.

The researchers plan to continue studying these trends to learn more about why mortality rates have stopped declining in younger women.

“Our hope is that these findings focus more attention and research on breast cancer in younger women and what is behind this rapid increase in late-stage cancers,” Dr. Hendrick said. 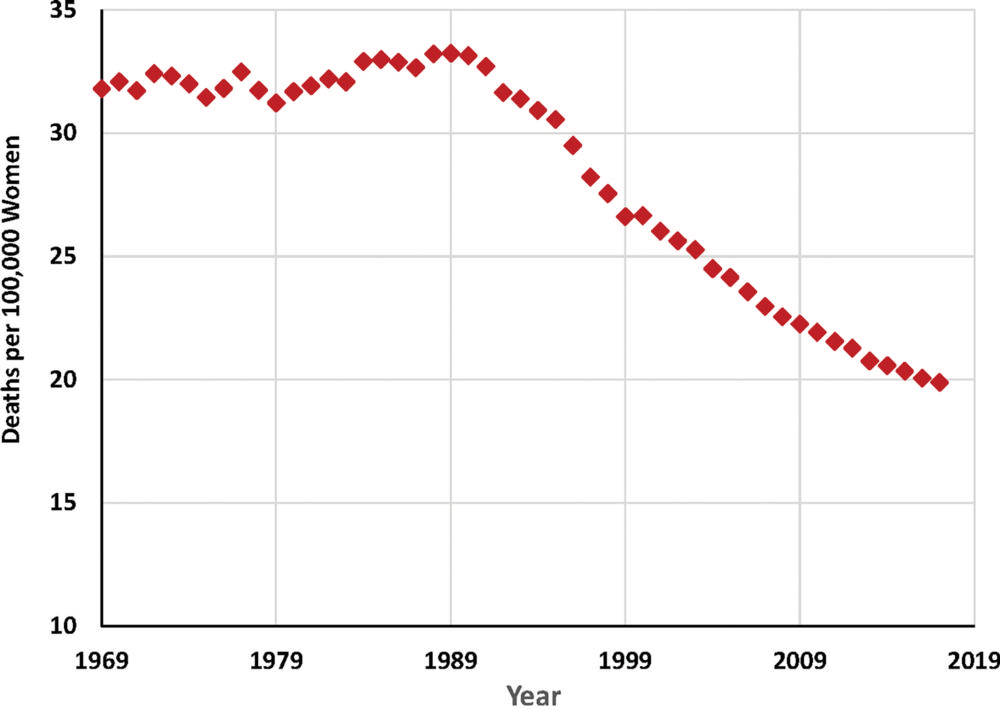 Figure 2. Graphs show results of joinpoint analysis for age-adjusted mortality rate trends for U.S. women (a) aged 20–39 years at death and (b) aged 40–69 years at death based on National Center for Health Statistics mortality data (3,4). APC = annual percentage change.
High-res (TIF) version
(Right-click and Save As)

Figure 3. Graphs show long-term trends in rates of distant-stage breast cancers in women (a) aged 20–39 years at diagnosis and (b) aged 40–69 years at diagnosis based on Surveillance, Epidemiology, and End Results (SEER 9) Historic Stage A incidence data (4,7). APC = annual percentage change.
High-res (TIF) version
(Right-click and Save As) 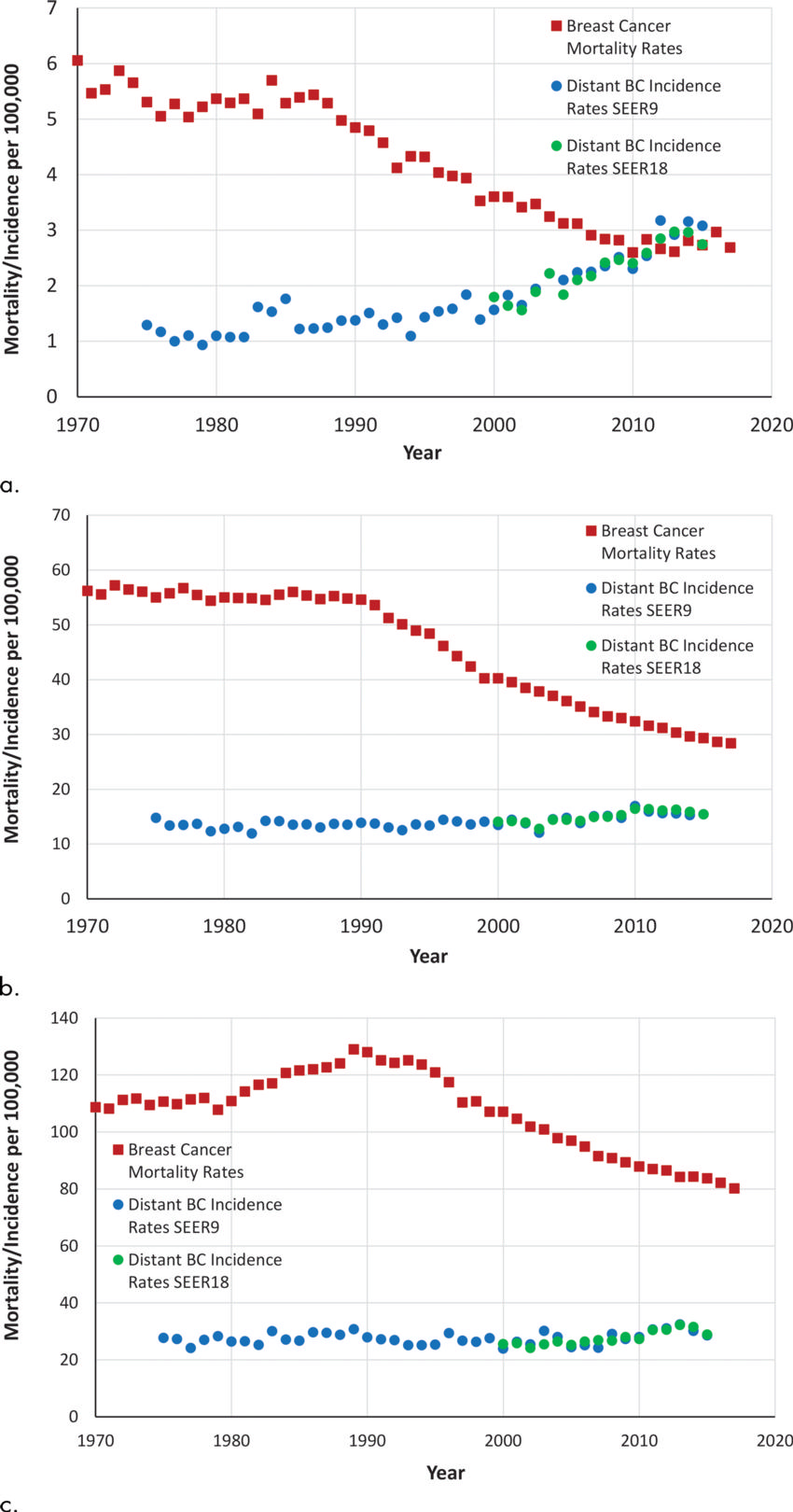