OAK BROOK, Ill. — Sanjeev Bhalla, M.D., a highly regarded educator and clinical leader in cardiothoracic and pulmonary imaging, joins the Radiological Society of North America (RSNA) Board of Directors as liaison for education. 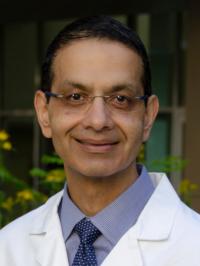 “I am beyond excited to serve the RSNA in this new role,” Dr. Bhalla said. “I have always thought of RSNA as a leader in science, education, workflow and technology, because it is on the forefront of what is new and exciting in our field. This year has created new challenges that have forced us all into reflection on our core principles. The essence of RSNA has always been the sense of community. I look forward to helping to build on our sense of community, as we explore the novel ways we learn and grow in the post-COVID world.”

Dr. Bhalla is section chief of the Cardiothoracic Imaging Section at Mallinckrodt Institute of Radiology (MIR) in St. Louis, Missouri, a position he has held since 2007. He is a professor of radiology in the  Cardiothoracic Imaging Section, and assistant residency program director and vice chair for education at MIR. He is co-director of Body CT at Barnes-Jewish Hospital and clinical radiologist at Barnes-Jewish Hospital, Barnes-Jewish West County Hospital and St. Louis Children’s Hospital.

After receiving his undergraduate degree from Yale University in 1990, Dr. Bhalla earned his medical degree from Columbia University College of Physicians and Surgeons in 1994 and completed his internship at Columbia-Presbyterian Hospital Department of Internal Medicine. He moved to MIR for his residency in diagnostic radiology, serving as chief resident, followed by a fellowship in cardiac and thoracic imaging. He was named MIR Fellow of the Year in 2000.

Dr. Bhalla continued his career at MIR where he has been highly awarded for his dedication to educating and mentoring medical students, residents and junior faculty. He was named MIR’s Radiology Residency Teacher of the Year in 2003, 2011 and 2017, and is a 16-time recipient of the Outstanding Teaching Award in Radiology Residency. He also received four teaching awards from medical students and one from surgery house staff, and twice has been named the Alpha Omega Alpha Lecturer at Washington University.

Known as a compassionate physician and clinical leader who always puts excellence in patient care first, Dr. Bhalla received Washington University School of Medicine’s Distinguished Clinician award in 2012. He has been recognized in Best Doctors in America every year since 2005.

Dr. Bhalla has served RSNA’s journals as associate editor for Radiology: Cardiothoracic Imaging since the journal’s launch in 2018 and as assistant chair, then chair of the resident and fellow education section of the RadioGraphics editorial board from 2013 to 2020. Dr. Bhalla has received RSNA’s Honored Educator Award four times since 2014.

A longtime, dedicated RSNA volunteer, Dr. Bhalla served as a member of the Chest Imaging Subcommittee of the Education Exhibits Committee (2007-2009), then as chair (2008-2012). He was vice chair, then chair of the Education Exhibits Committee from 2013 to 2017. He served as a member of the Refresher Course Committee and Education Council, as well as several RSNA workgroups, subcommittees and steering committees. He has regularly served as faculty and moderator for education sessions at RSNA annual meetings.

Dr. Bhalla is president-elect of the Society of Thoracic Radiology and a fellow of the American Society of Emergency Radiology. He is a trustee of the American Board of Radiology (ABR) and has regularly served as an ABR oral examiner. He was a Fleischner Society Inductee in 2019. Dr. Bhalla has served in various capacities as categorical course and instructional course track chair/vice chair and director/co-director for the American Roentgen Ray Society. He was a chest section question writer for the American College of Radiology’s in-service examination for diagnostic radiology (2003-2010).