OAK BROOK, Ill. — Racket sports like tennis and racquetball appear to accelerate knee joint degeneration in overweight people with osteoarthritis, according to a study being presented at the annual meeting of the Radiological Society of North America (RSNA). 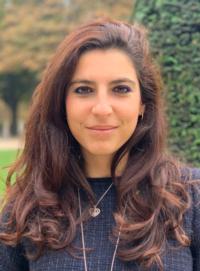 Knee joint osteoarthritis, a gradual wearing down of the protective cartilage that cushions the ends of the bones, is a major cause of pain and disability worldwide, affecting approximately 14 million people in the U.S. alone. Excess body weight is a major risk factor.

Physical activity offers a host of benefits for people who are overweight, but the wrong type of exercise could potentially damage knee joints and hasten the need for knee replacement surgery. The effects of different types of exercise on overweight people have seldom been studied with MRI, the most sensitive imaging method for assessing structural changes to the knee joint.

For the new study, researchers used high-powered MRI to assess the rate of degeneration of the knee joint in 415 overweight and/or obese patients, average age 59, drawn from the Osteoarthritis Initiative, a National Institutes of Health-supported study of individuals with mild to moderate osteoarthritis.

“In our study, progression of overall knee joint degeneration was consistently higher in overweight and/or obese patients engaging in racket sports,” said the study’s lead author Silvia Schirò, M.D., from the University of California San Francisco and the University of Parma in Parma, Italy. “We also found that workouts using an elliptical trainer were associated with reduced progression of overall knee joint and cartilage defects. Moreover, our findings showed that when comparing different low impact activities with each other, such as bicycling, elliptical trainer and swimming, the elliptical trainer was associated with the lowest increase in WORMS sub-scores over 48 months.”

The more rapid degeneration of the knee joints in people who participated in racket sports is likely due to the high-speed lateral movements inherent to such sports, Dr. Schirò said. These movements can affect the femoral-tibia compartment, a structure in the knee made up of the femur condyle, the rounded end of the thighbone that helps it slide over the tibia, or shinbone, and the meniscus, the rubbery, C-shaped cartilage between the thighbone and the shinbone.

“A large lateral force imparted at the foot during side-to-side movements may be driving large knee adduction moments, a key feature in medial compartment disease, which imparts high compressive loads on the medial tibia and femoral condyle,” she said. “In support of this premise, the racket sports group showed elevated cartilage degeneration in the medial tibia.”

The researchers theorize that joint mechanics are impaired in overweight and obese individuals, with a harmful joint overload triggering increased contact stress on the meniscus. Damage to the meniscus compromises the protective cushion on the cartilage of the knee.

The data suggests that overweight individuals who continue to play racket sports could slow degeneration in their knees by making modifications to their activities, such as switching to sports with less fast-paced and high shear loads like badminton or doubles tennis.

However, Dr. Schirò emphasized that the degenerative process is complex and individual joint mechanics are highly variable.

“It is possible that some individuals with sufficient strength and motor control may be able to safely play these sports,” she said. “Our data suggests that as a group, though, overweight and obese individuals who play racket sports are at higher risk for disease progression.” 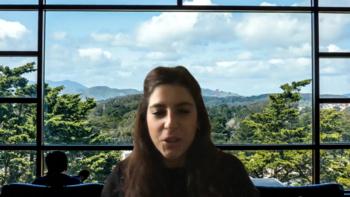 Video 1. Dr. Silvia Schirò discusses her research on the impact of different physical activity types on knee joint health in overweight and obese patients.
Download MP4
(Right-click and Save As) 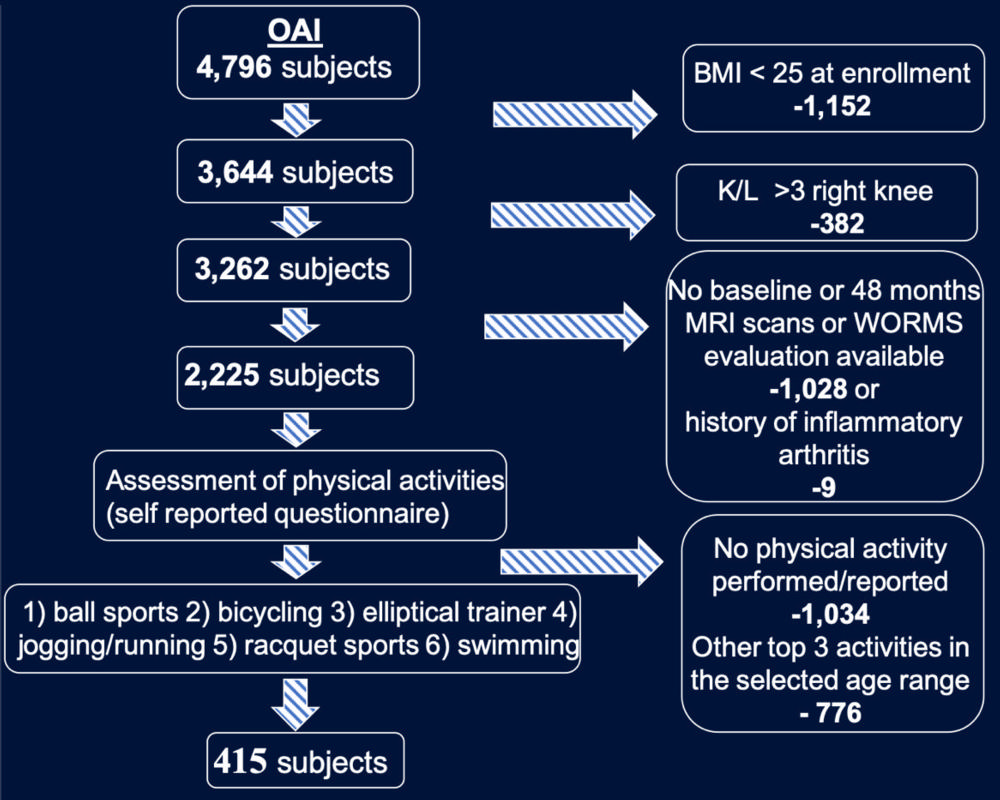 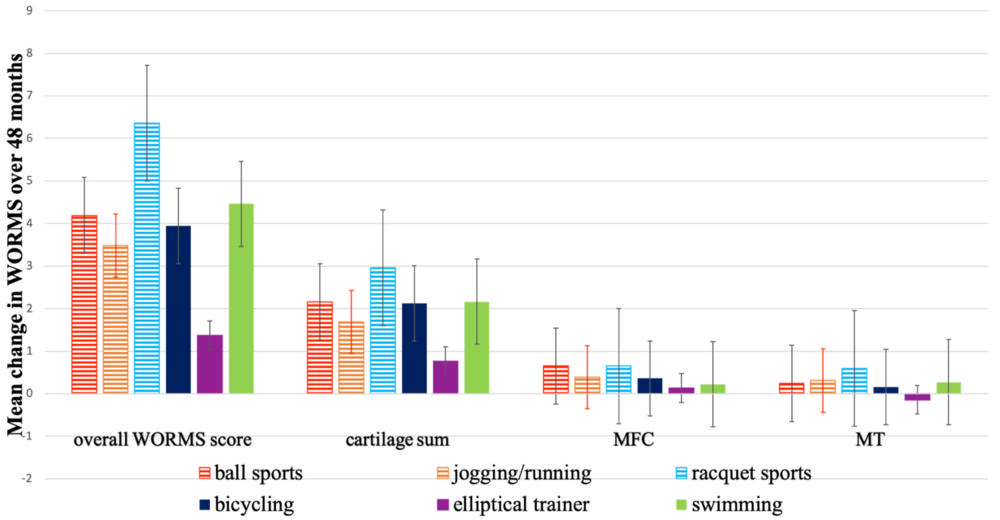 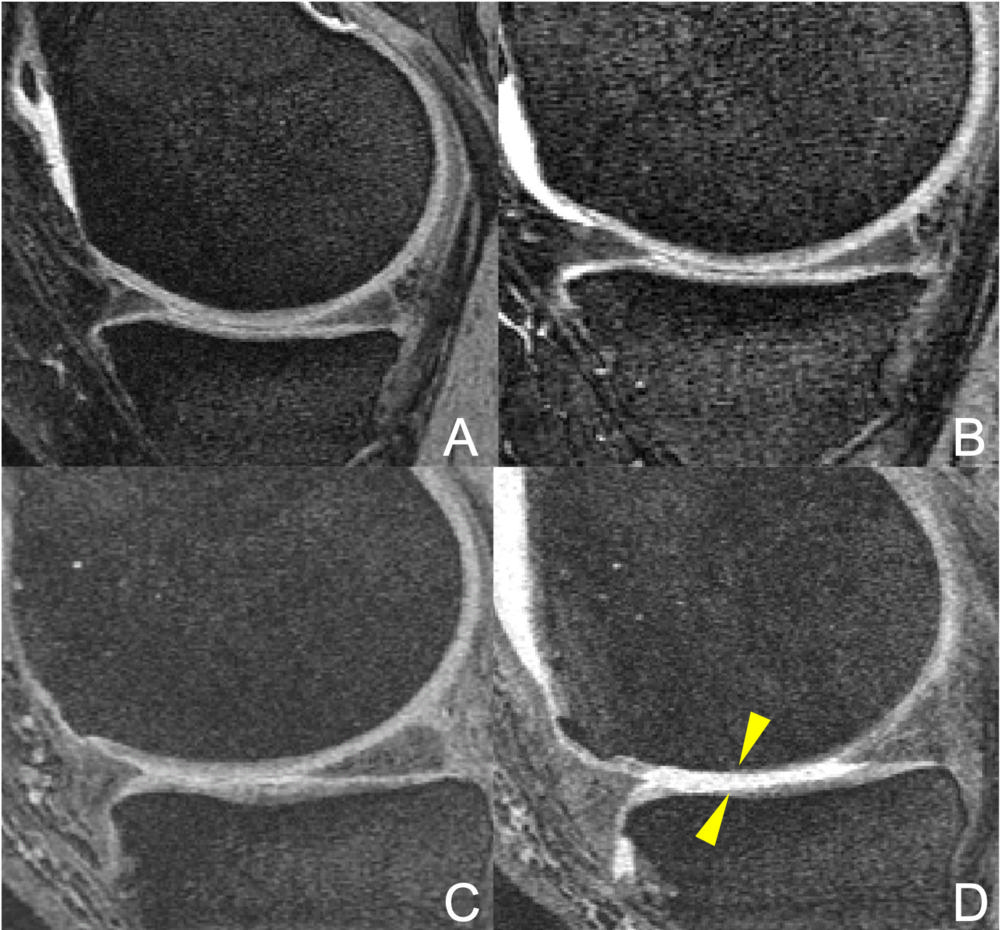 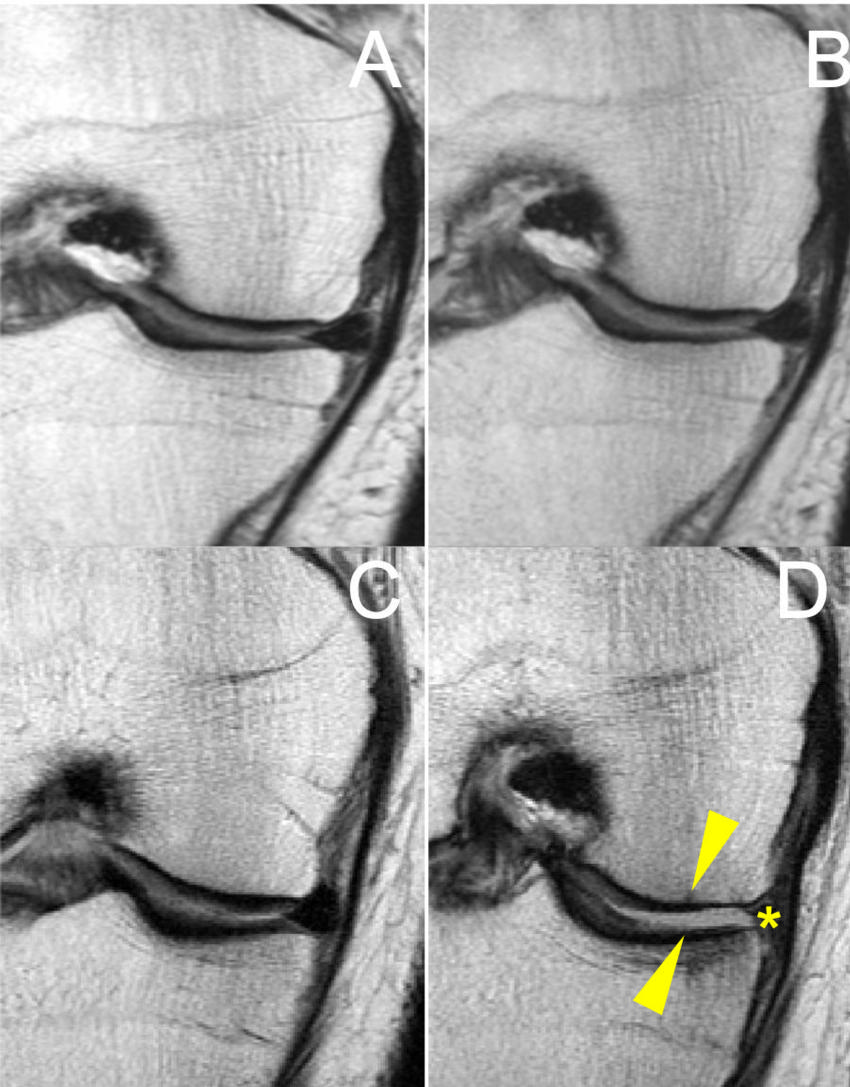 Figure 4. MR images of the right knee at baseline (A, C) and after 48 months (B, D). Obese 76-year-old man in the elliptical trainer group (A-B) and obese 59-year-old woman in the racket sport group (C-D). The woman developed severe cartilage damage at the femur and tibia bones (arrows), with associated damage of the meniscus (asterisk). In contrast, no cartilage damage was seen in the man in the elliptical trainer group (A, B).
High-res (TIF) version
(Right-click and Save As) 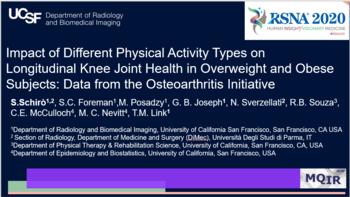