OAK BROOK, Ill. — Digital breast tomosynthesis (DBT), in combination with synthetic mammography, improves cancer detection over digital mammography alone, according to a study from Italy published in the journal Radiology. The study results add further support to the use of DBT in population-based breast cancer screening programs.

Breast cancer screening programs using mammography have successfully reduced mortality from the disease by catching it in its earliest, most treatable stages. However, mammography has some limitations, including a reduced sensitivity for cancer detection in dense breasts. It also produces a higher than optimal recall rate, or the rate at which women are called back for additional imaging based on uncertain results.

DBT, also known as 3D mammography, addresses some of these limitations. In DBT, a series of X-ray images are acquired from a moveable arm that makes an arc around the breast. European screening trials have found significantly increased cancer detection rates with DBT, with recall rates lower than or comparable to mammography.

Pairing DBT with synthetic mammography, a technique in which 2D images are reconstructed from the DBT data, reduces radiation exposure, making the combination viable for screening programs.

Despite its promise, few results are available about subsequent outcomes after screening with DBT—a shortfall researchers from the Verona Pilot Study in Italy have been working to address. 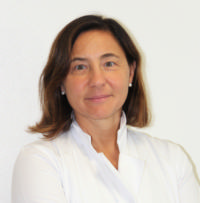 “An organization needs two things to improve the results of a screening program,” said study lead author Francesca Caumo, M.D., from the Breast Radiology Department of the Veneto Institute of Oncology in Padua, Italy. “It needs a better first level test and a way to overcome the effect of breast density to define the risk of a patient. The Verona Pilot Study wants to answer to the first point, showing the validity of DBT as a screening test, instead of traditional mammography.”

Digital breast tomosynthesis at the first round and at rescreening detected a higher proportion of early-stage cancers than screening with digital mammography.

At rescreening, the proportion of tumors stage-II or above was 14.5% with DBT and synthetic mammography, considerably higher than the 8.5% rate with mammography. /“The lower number of stage II or above cancers with the DBT plus synthetic mammography screening test demonstrates that DBT has the capability of anticipating the detection of cancers that might become advanced in the following two years,” Dr. Caumo said. “This gives a higher benefit to our patients.”

For the next step in the Verona Pilot Study, the researchers plan to complete an analysis of interval cancers, or cancers that appear in the period between screenings.

Dr. Caumo is also exploring the impact of incorporating volumetric breast density measurements into the patient’s risk profile through her Risk Based Breast Screening (RiBBS) project. Approximately 10,000 women will undergo the DBT plus synthetic mammography screening test. All the women whose breast density is found to be above a certain threshold value will then be asked to receive additional breast imaging with ultrasound.

“The main goal of this research is to demonstrate that a personalized model of screening is more efficient than a normal one that I like to call a ‘one size fits all’ program, in which every woman must do an annual mammography screening test without any risk stratification,” Dr. Caumo said. “The risk category will determine the intervals of the subsequent screening event: biennial for low-risk women and annual for intermediate and high-risk women.”

For patient-friendly information on mammography and tomosynthesis, visit RadiologyInfo.org. 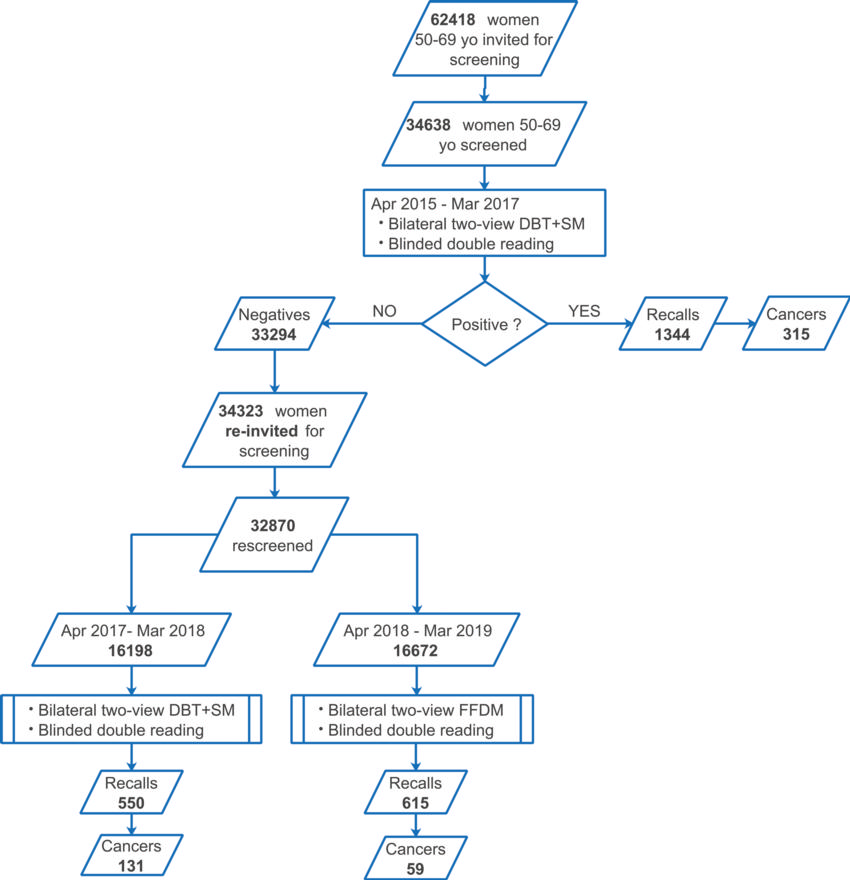 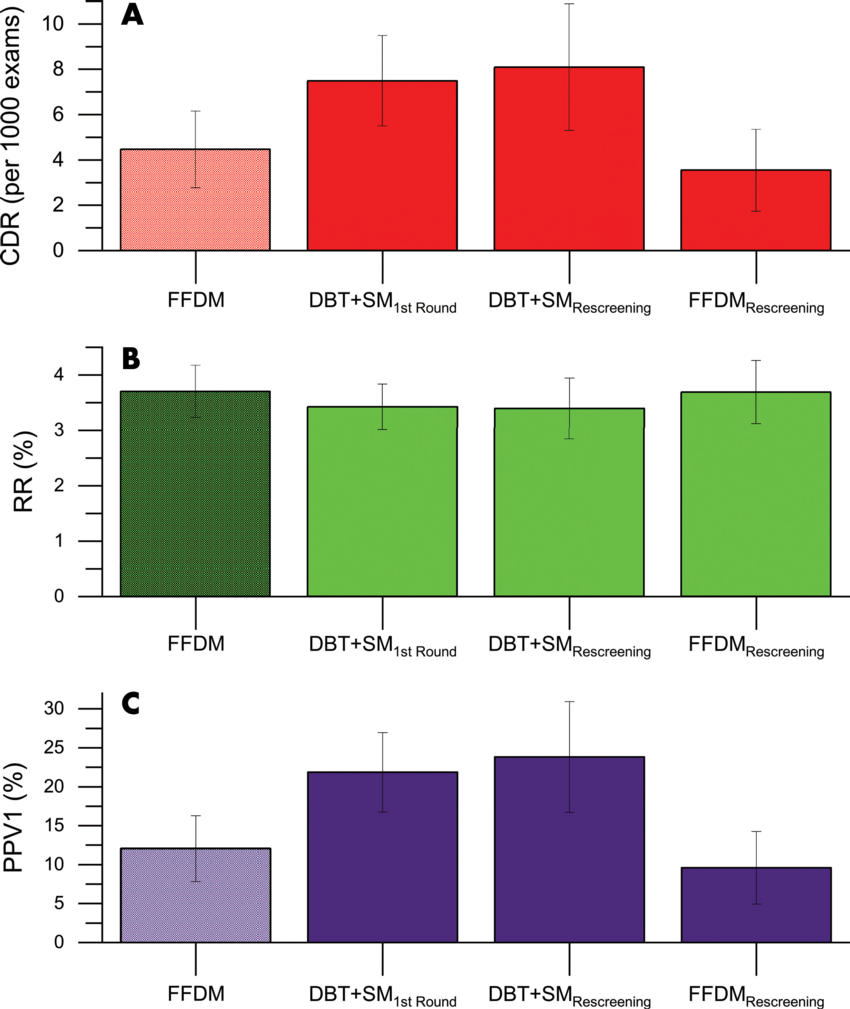 Figure 2. Bar charts show, A, cancer detection rate (CDR), B, recall rate (RR) or abnormal interpretation rate, and, C, positive predictive value of recall (PPV1) for all components of the Verona Pilot Study (first round of digital breast tomosynthesis [DBT] plus synthetic mammography [SM ] [DBT+SM1st Round], repeat screening with DBT plus SM [DBT+SMrescreening], repeat screening with full-field digital mammography [FFDM] [FFDMrescreening]) and compared with the control group (FFDM). The first column of each subplot was filled with a checkerboard pattern to indicate the control group with FFDM. Error bars represent 95% CIs.
High-res (TIF) version
(Right-click and Save As) 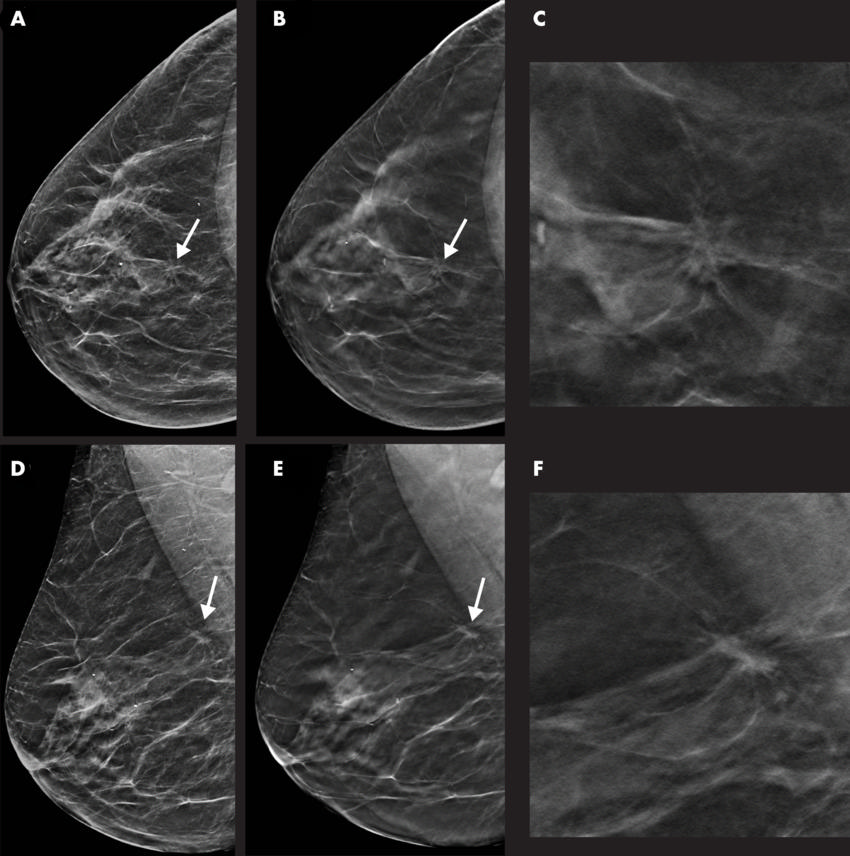 Figure 3. Images in a 55-year-old woman with a spiculated mass localized in the upper central quadrant (arrow in A, B, D, and E) of right breast detected with digital breast tomosynthesis (DBT) plus synthetic mammography (SM). Breast density was classified as category C with the Breast Imaging Reporting and Data System. Mass was invasive ductal carcinoma, stage I, and was estrogen and progesterone receptor positive and human epidermal growth factor receptor 2 negative. A, Image from SM in craniocaudal view. B, Single-slice DBT image in craniocaudal view. C, Magnification of the lesion depicted in B. D, Image from SM in mediolateral oblique view. E, Single-slice DBT image in mediolateral oblique view. F, Magnification of the lesion depicted in E.
High-res (TIF) version
(Right-click and Save As)