MRI Safely Performed in Patients with Pacemakers and ICDs

OAK BROOK, Ill. — MRI examinations can be performed safely in patients with non-MR compatible cardiac devices, including those who are pacemaker-dependent or have abandoned leads, according to a study published in Radiology: Cardiothoracic Imaging.

Millions of people around the world rely on implanted cardiac devices like pacemakers and implantable cardioverter defibrillators (ICDs) to help control abnormal heart rhythms. MRIs are discouraged or prohibited in many of these people over fears that the powerful magnet of the scanner will heat the metal in the devices, potentially damaging heart tissue and harming the devices. 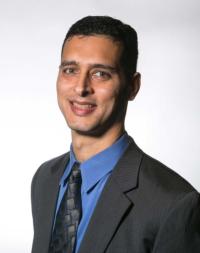 The U.S. Food and Drug Administration (FDA) has identified a subset of implanted cardiac devices as MR conditional, meaning they pose no known hazard under specified conditions. Pacemakers or ICDs that have not met the criteria are considered non-MR conditional. In these patients, clinicians are forced to choose between removing a necessary cardiac device or getting an alternate and potentially less-effective imaging test.

“While all devices implanted in patients today are MRI compatible, millions of people worldwide, including many young people, have older devices considered not compatible,” said study lead author Sanjaya K. Gupta, M.D., from Saint Luke’s Mid America Heart Institute in Kansas City, Missouri. “It’s unfair to tell these people that they can’t get an MRI for the rest of their lives.”

Prior research has demonstrated the safety of performing MRI exams in patients with non-MR conditional devices. However, those studies did not account for pacemaker-dependent ICD patients, or patients whose hearts won’t function if the defibrillator is removed or stops working. Other groups not accounted for in previous studies include patients undergoing chest and cardiac MRI exams and patients with abandoned or fractured leads, or wires that connect the device to the heart.

To develop a more comprehensive picture of risk, Dr. Gupta and colleagues established the Patient Registry of Magnetic Resonance Imaging in Non-Approved Devices (PROMeNADe). They enrolled more than 500 participants who had undergone a total of 608 MRI exams, including 61 cardiac MRI exams. Participants included people from groups not accounted for in previous research.

The results demonstrated that MRI exams—including chest MRI exams—can be performed safely in pacemaker-dependent ICD patients and in patients with non-MR conditional devices or abandoned leads.

“There were no adverse events,” Dr. Gupta said. “The protocol worked amazingly well. We had no issues with any of the patients and no harm to the devices.”

Results from a survey of the physicians who had referred the patients for MRI underscored the importance of the exams. According to responses from 150 physicians, MRI results changed the suspected diagnosis 25% of the time and changed suspected prognosis in 26% of participants, with planned medical or surgical treatment being changed 42% of the time.

“We’re hopeful that our work will add support to expand the FDA’s indications for devices that are considered MRI-compatible,” Dr. Gupta said.

The study was inspired, in part, by the case of a patient with a brain tumor who was unable to get sorely needed MRI examinations because her pacemaker was not MR conditional. Without MRI results to precisely localize the tumor, the patient had to undergo several risky surgeries.

“A lot of work went into this study but it’s worth it when you consider all the lives impacted,” Dr. Gupta said. “I feel like it makes a difference to a lot of people.” 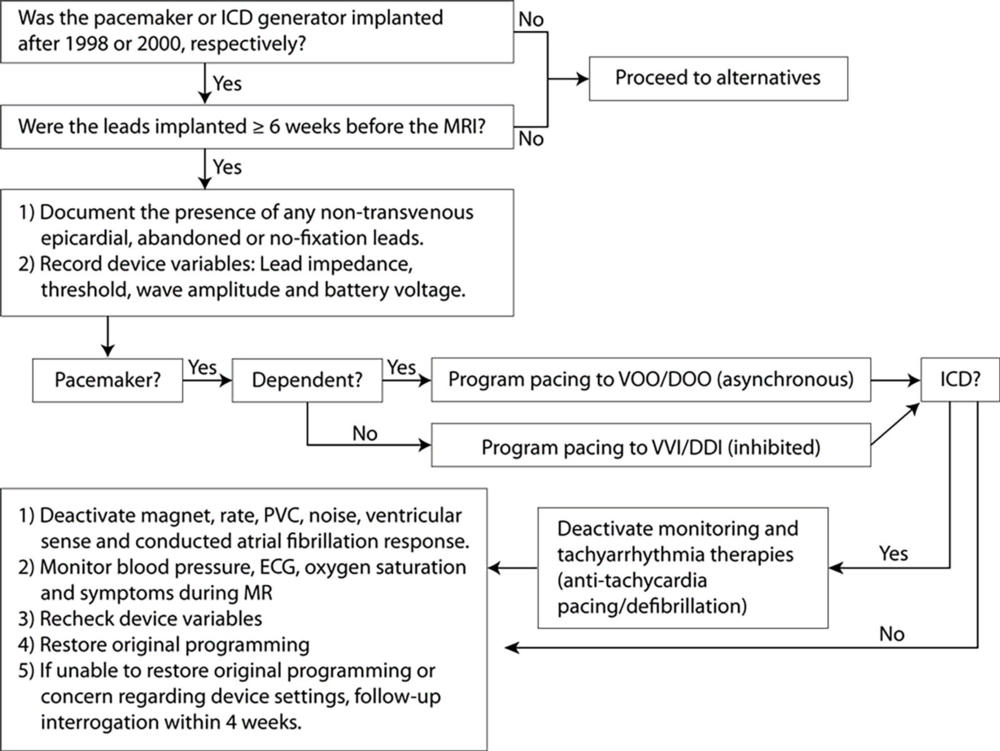 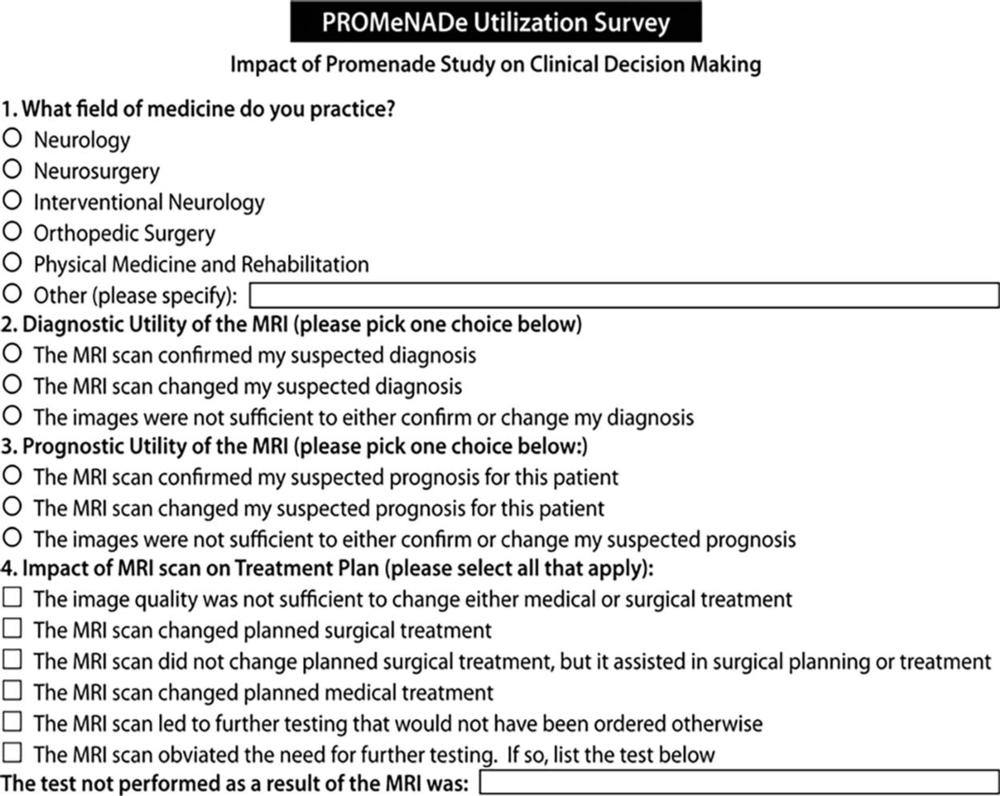 Figure 2. The Patient Registry of Magnetic Resonance Imaging in Non-Approved DEvices survey form sent to referring physicians. The referring physician could select more than one option when answering the fourth question in the survey.
High-res (TIF) version
(Right-click and Save As) 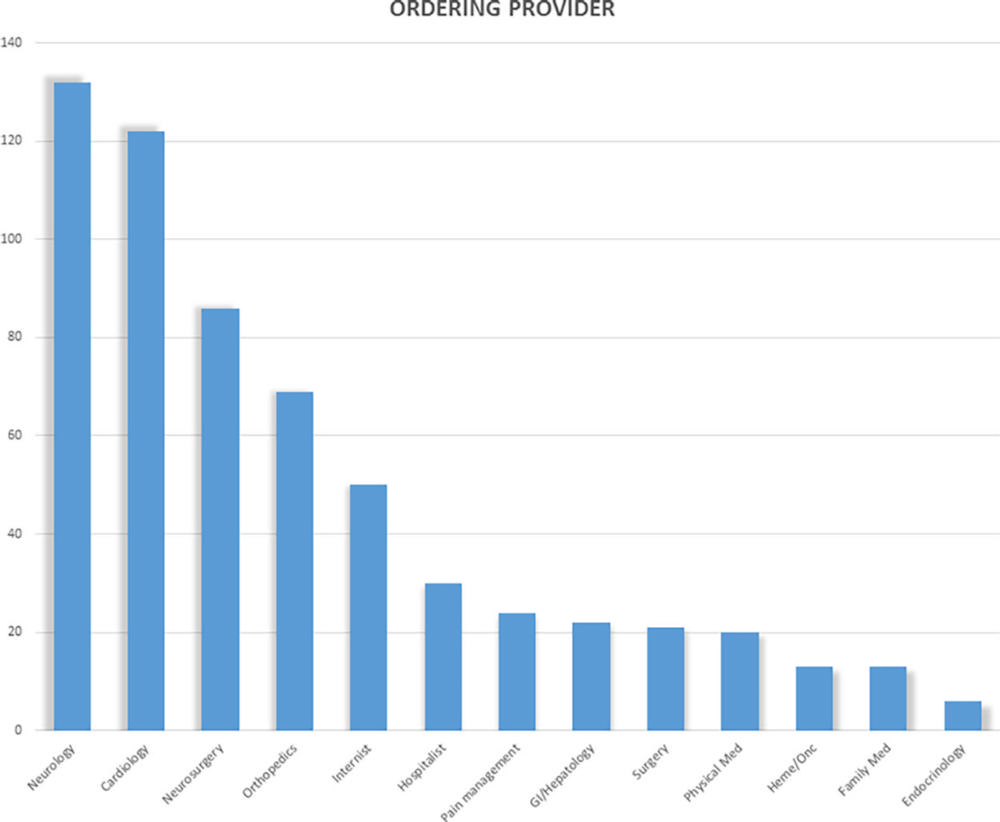 Figure 3. MRI examinations in patients with non–MRI-conditional cardiac implantable electronic devices according to the referring physician by specialty.
High-res (TIF) version
(Right-click and Save As) 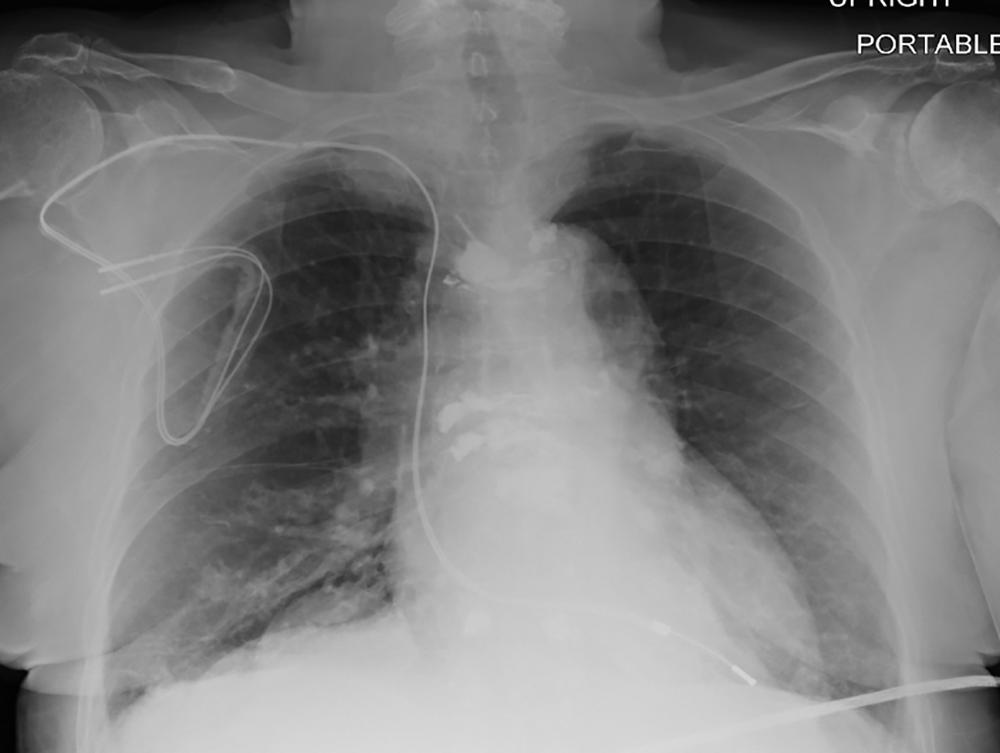 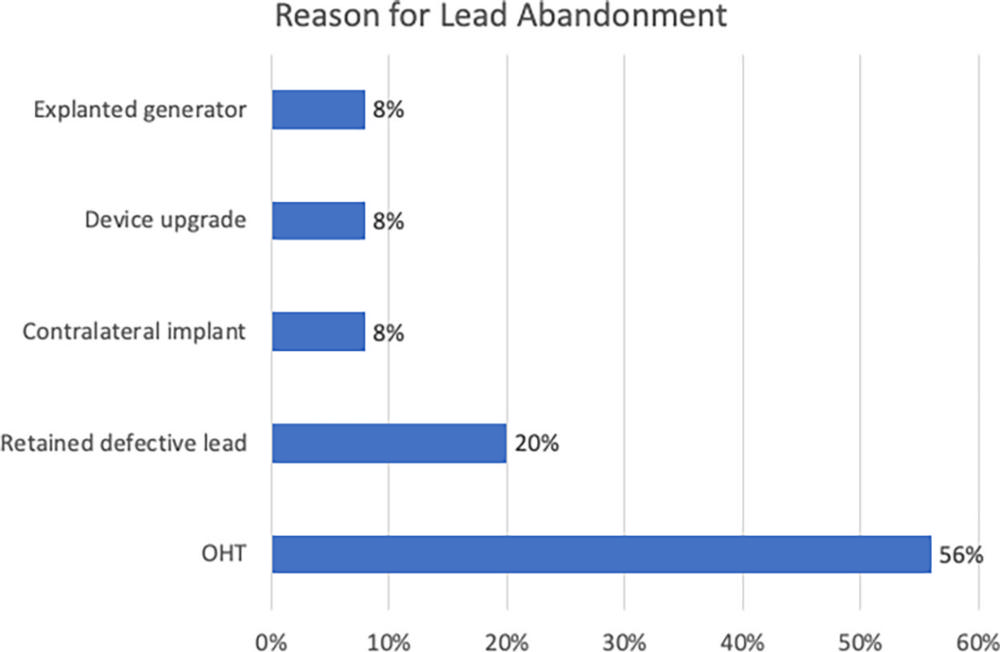 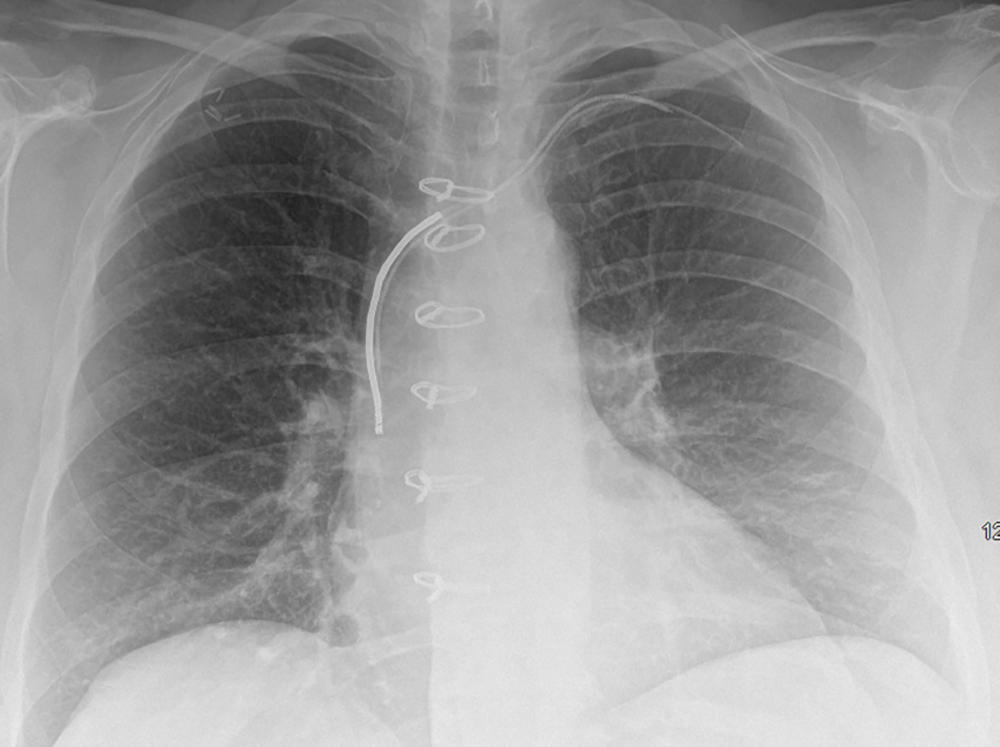 Figure 6. Chest radiograph, posteroanterior view, in an 85-year-old woman with history of previous pacemaker that was explanted and retained right ventricular pacing lead. There is evidence of vertebroplasties at multiple levels.
High-res (TIF) version
(Right-click and Save As) 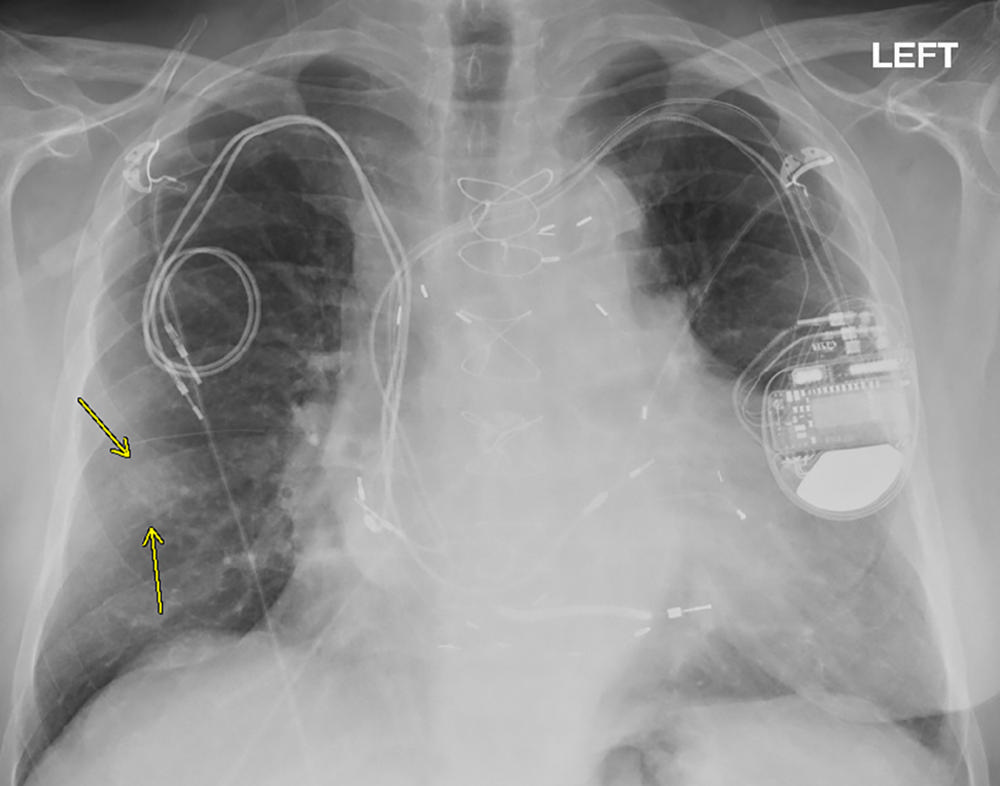 Figure 7. Chest radiograph, posteroanterior view, in a 79-year-old man with history of previous pacemaker, with abandoned right atrial and right ventricular pacing leads on the right side at time of new cardiac resynchronization therapy defibrillator implant on the left side. Arrows indicate a nodular opacity in the right midlung concerning for mass.
High-res (TIF) version
(Right-click and Save As) 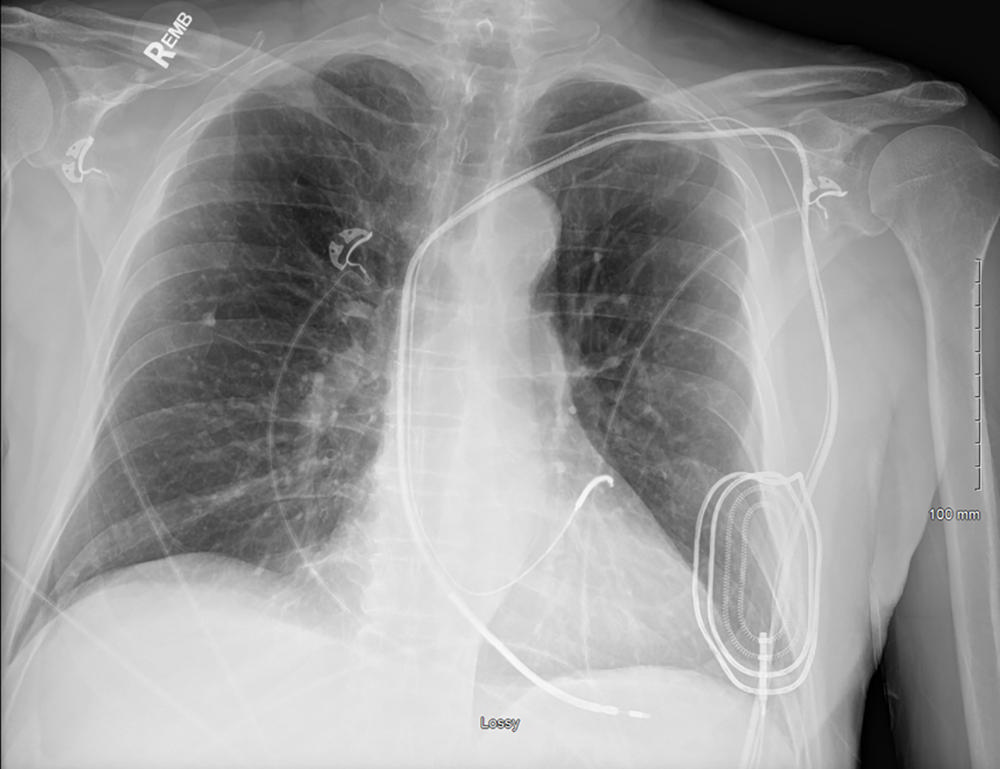 Figure 9. (a-b) Description of survey responses regarding diagnostic utility and prognostic utility (a) as well as impact on treatment plans (b) for patients undergoing cardiac and noncardiac MRI examinations in the presence of nonconditional cardiac implanted electronic devices. CMR = cardiac MRI.
High-res (TIF) version
(Right-click and Save As)