OAK BROOK, Ill. — Researchers using MRI have found that iron accumulation in the outer layer of the brain is associated with cognitive deterioration in people with Alzheimer’s disease, according to a study published in the journal Radiology.

Alzheimer’s disease is a progressive type of dementia that impairs and eventually destroys memory and other brain functions. There is no cure, although some treatments are thought to slow the progression.

Previous research has linked abnormally high levels of iron in the brain with Alzheimer’s disease. Iron deposition correlates with amyloid beta, a protein that clumps together in the brains of people with Alzheimer’s disease to form plaques that collect between neurons and disrupt cell function. Associations have also been found between iron and neurofibrillary tangles, abnormal accumulations of a protein called tau that collect inside neurons. These tangles block the neuron’s transport system, which harms the communication between neurons.

It is known that deep gray matter structures of patients with Alzheimer’s disease contain higher brain iron concentrations. Less is known about the neocortex, the deeply grooved outer layer of the brain that is involved with language, conscious thought and other important functions. The neocortex is challenging to assess by MRI, as the anatomy of the area makes MRI prone to distortions, signal decays and artifacts.

“The best solution to minimize these artifacts would be using ultra-high-resolution scans,” said study coauthor Reinhold Schmidt, M.D., professor of neurology and chairman of the Department of Neurology at the Medical University of Graz in Graz, Austria. “However, in the clinical setting, scan time is a limiting factor, and a compromise has to be found.”

For the new study, Dr. Schmidt and colleagues developed an approach using a 3T MRI scanner that allowed the best tradeoff between resolution and scan time, along with postprocessing to correct the influence of the distortions.

The technique enabled the researchers to create a map of brain iron, determining iron levels in parts of the brain like the temporal lobes, or the areas of the brain lying underneath the temples, and the occipital lobes in the back of the head.

“These results are all in keeping with the view that high concentrations of iron significantly promote amyloid beta deposition and neurotoxicity in Alzheimer’s disease,” Dr. Schmidt said.

The results point to a potential role in Alzheimer’s disease treatment for drugs that reduce the iron burden in the brain. These drugs, known as chelators, can remove excess iron from the body.

“Our study provides support for the hypothesis of impaired iron homeostasis in Alzheimer’s disease and indicates that the use of iron chelators in clinical trials might be a promising treatment target,” Dr. Schmidt said. “MRI-based iron mapping could be used as a biomarker for Alzheimer’s disease prediction and as a tool to monitor treatment response in therapeutic studies.” 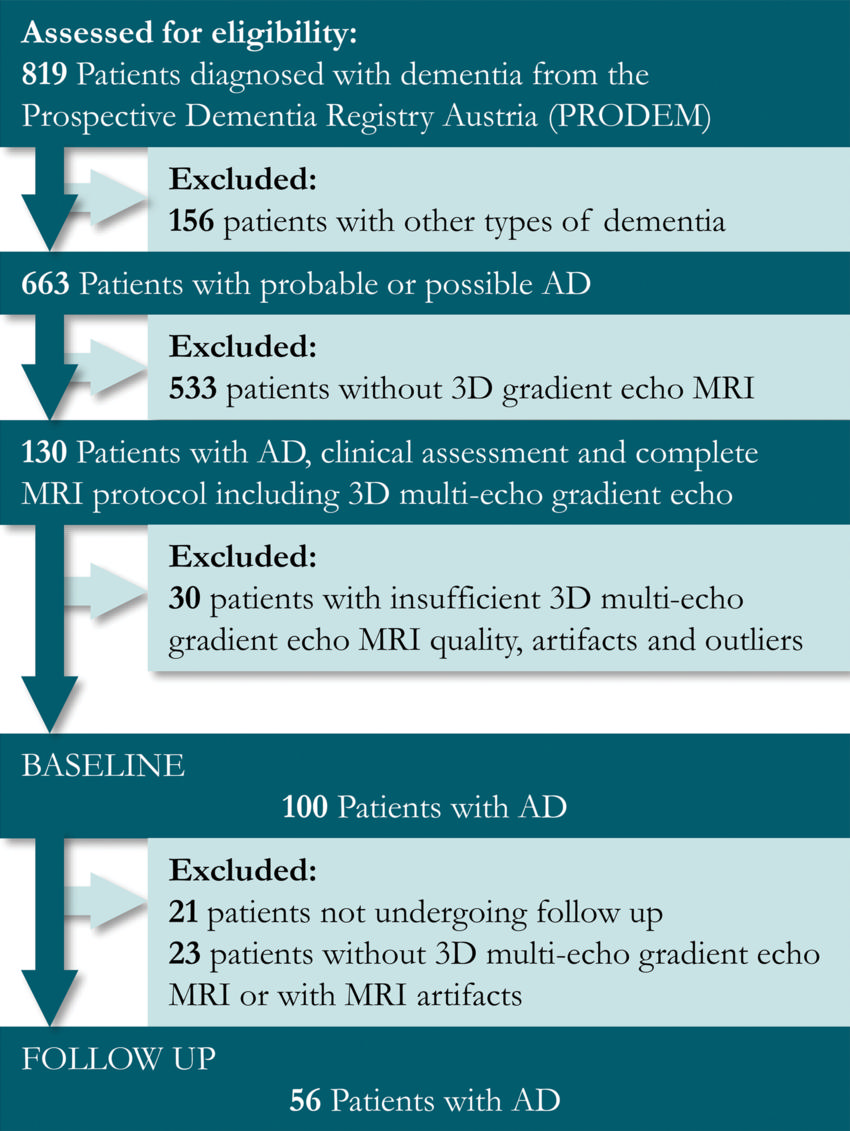 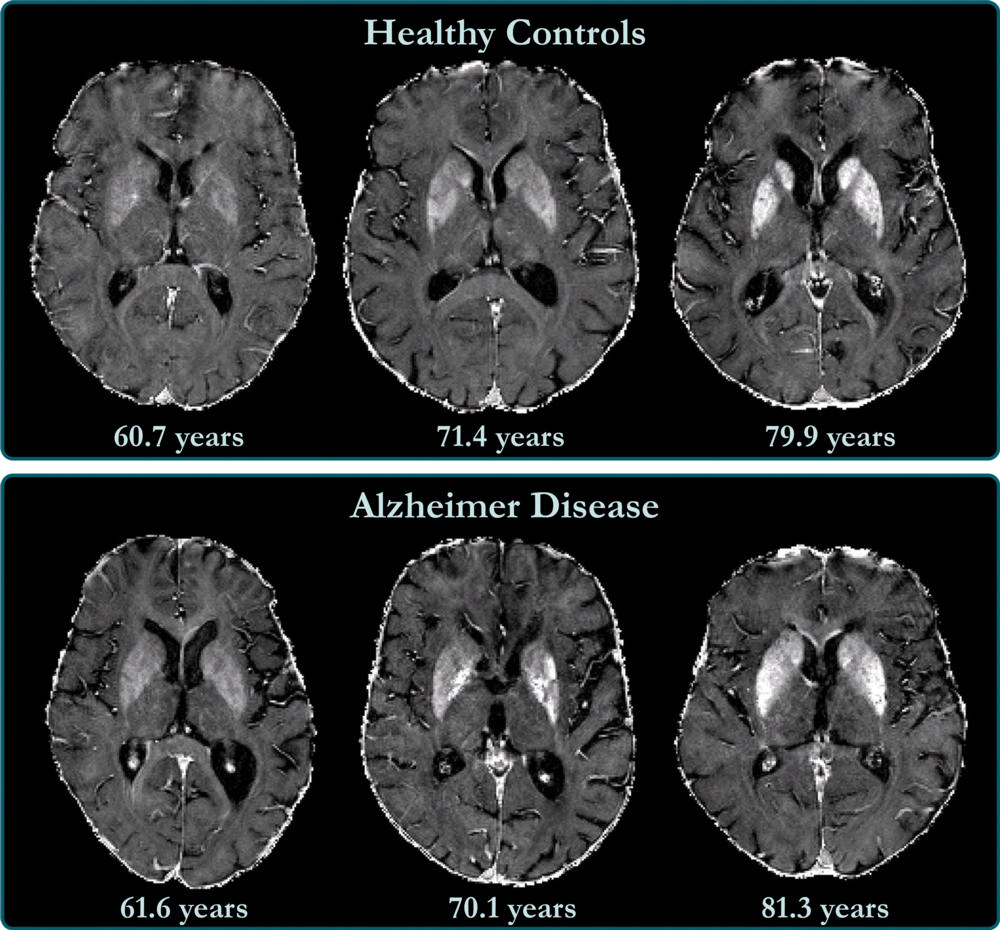 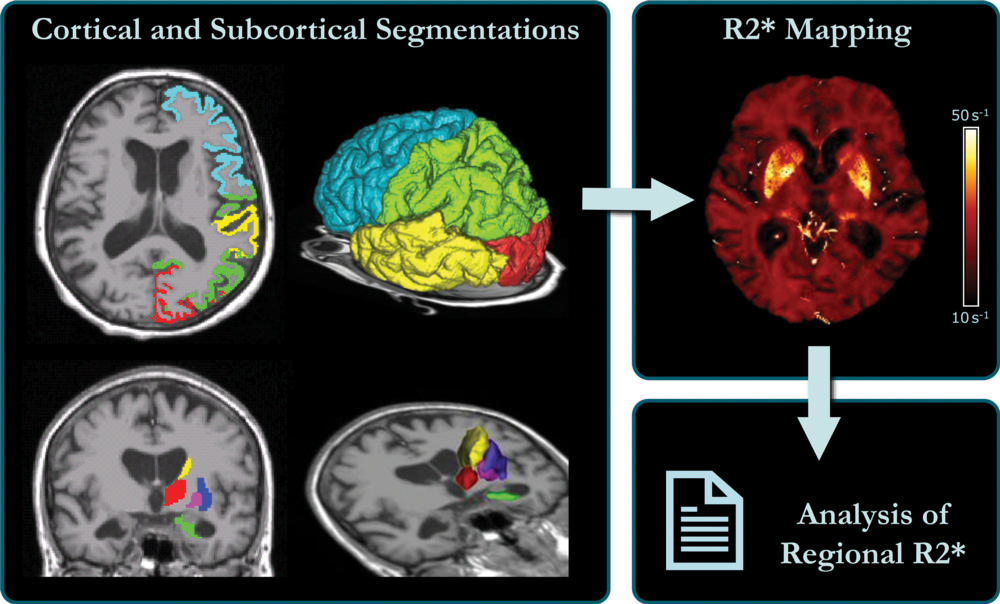 Figure 3. Schematic representation of MRI processing. Left: FreeSurfer-derived cortical and subcortical segmentations overlaid on a T1-weighted scan were affinely registered into R2⁎ space. Right: R2⁎ map corrected for macroscopic field inhomogeneities, where median R2⁎ values were calculated for each region and then used for further statistical analyses.
High-res (TIF) version
(Right-click and Save As)

Figure 4. R2⁎ map of a study participant superimposed with cortical and subcortical segmentations.
High-res (TIF) version
(Right-click and Save As)