“This population is particularly vulnerable to e-cigarette use and its potentially life-threatening consequences,” said the study’s lead author, Maddy Artunduaga, M.D., assistant professor of pediatric radiology at UT Southwestern Medical Center in Dallas.

First introduced in the U.S. around 2007, e-cigarettes are now the most used tobacco product among U.S. youth. The 2018 National Youth Tobacco Survey reported that in 2018 more than 3.6 million middle and high school students were using e-cigarettes.

Although vaping has been often marketed as a safer alternative to smoking traditional cigarettes, e-cigarette liquids and aerosols contain a variety of chemicals that can result in ill health effects. When these potentially harmful chemicals are inhaled, acute lung injury may occur. EVALI has emerged as a serious and sometimes fatal complication of vaping. Patients under 18 years of age account for 15% of reported U.S. hospitalizations due to EVALI. 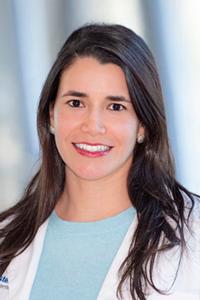 Imaging plays a key role in the evaluation of suspected EVALI. Accurate identification of the condition allows for prompt medical treatment, which may decrease the severity of injury in some patients.

“In some cases, the initial symptoms may lead clinicians to suspect a gastrointestinal origin for the patient’s presentation, and the radiologist may be the first to suggest EVALI as a diagnostic consideration,” Dr. Artunduaga said.

The results showed characteristic chest X-ray and CT findings. Bilateral and symmetric ground-glass opacity in the lungs, frequently associated with consolidation, often of lower lobe predominance, was the key imaging finding. On CT, subpleural sparing was also visualized in 79% of patients.

“Another imaging feature observed on CT in 36% of our pediatric patients with EVALI, was the reversed halo sign, which is characterized by the presence of a central ground-glass opacity surrounded by denser consolidation of crescentic shape or complete ring,” Dr. Artunduaga said.

Dr. Artunduaga noted that chest X-ray alone does not allow the sufficient characterization of the patterns of EVALI in pediatric patients and, therefore, CT is needed for a complete assessment.

“CT provides a better evaluation of the extent and degree of involvement, as well as a better assessment of the characteristics of abnormal pulmonary findings. This can lead to the early diagnosis of EVALI, which would ultimately allow the timely management of this entity in the pediatric population,” she said.

Recent advances in low-dose CT techniques have yielded diagnostic exams that have decreased radiation dose up to 93%. Thus, the radiation dose associated with low-dose CT is justified in the evaluation of suspected EVALI in pediatric patients, according to Dr. Artunduaga. “Radiologists will continue to play an important role in the initial detection and follow-up of pediatric patients with EVALI,” she said. “When these imaging findings are observed in pediatric patients, with or without the history of exposure to e-cigarette or vaping products, EVALI should be included as a diagnostic possibility.”

For patient-friendly information on chest CT and X-ray, visit RadiologyInfo.org. 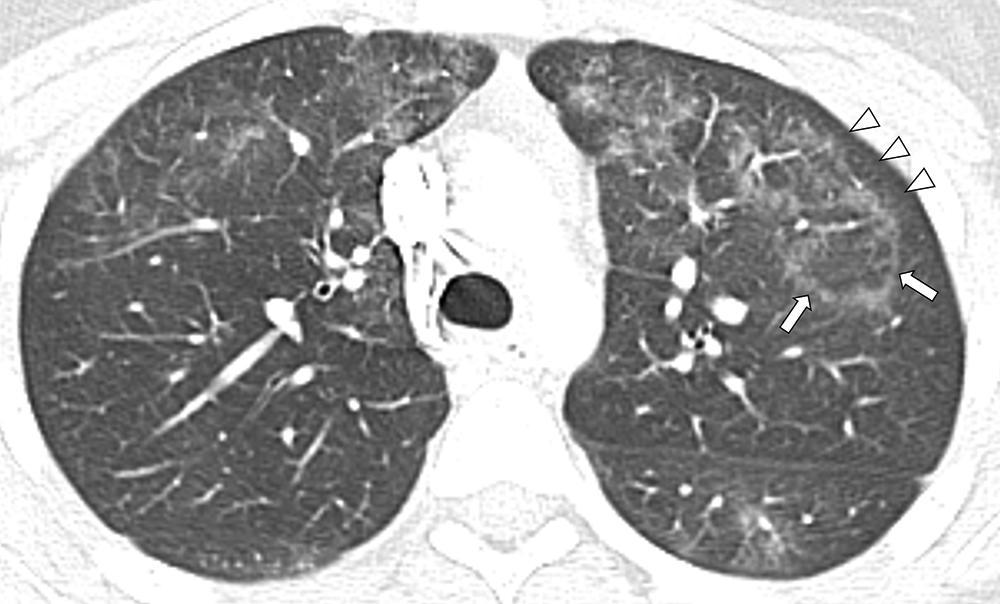 Figure 2. Image in a 16-year-old girl with history of chronic abdominal pain and electronic cigarette product use with nicotine and tetrahydrocannabinol for 1 year who presented with acute abdominal pain and vomiting 1 day prior to admission. Patient later developed shortness of breath and increased work of breathing. Axial lung window (width, 1500; level, −700) image of chest CT with contrast enhancement performed 1 day prior to admission shows presence of central ground-glass opacity surrounded by denser complete ring of consolidation, also known as the reversed halo sign (atoll sign) (arrows). Subpleural sparing (arrowheads) of lung abnormality is also seen.
High-res (TIF) version
(Right-click and Save As) 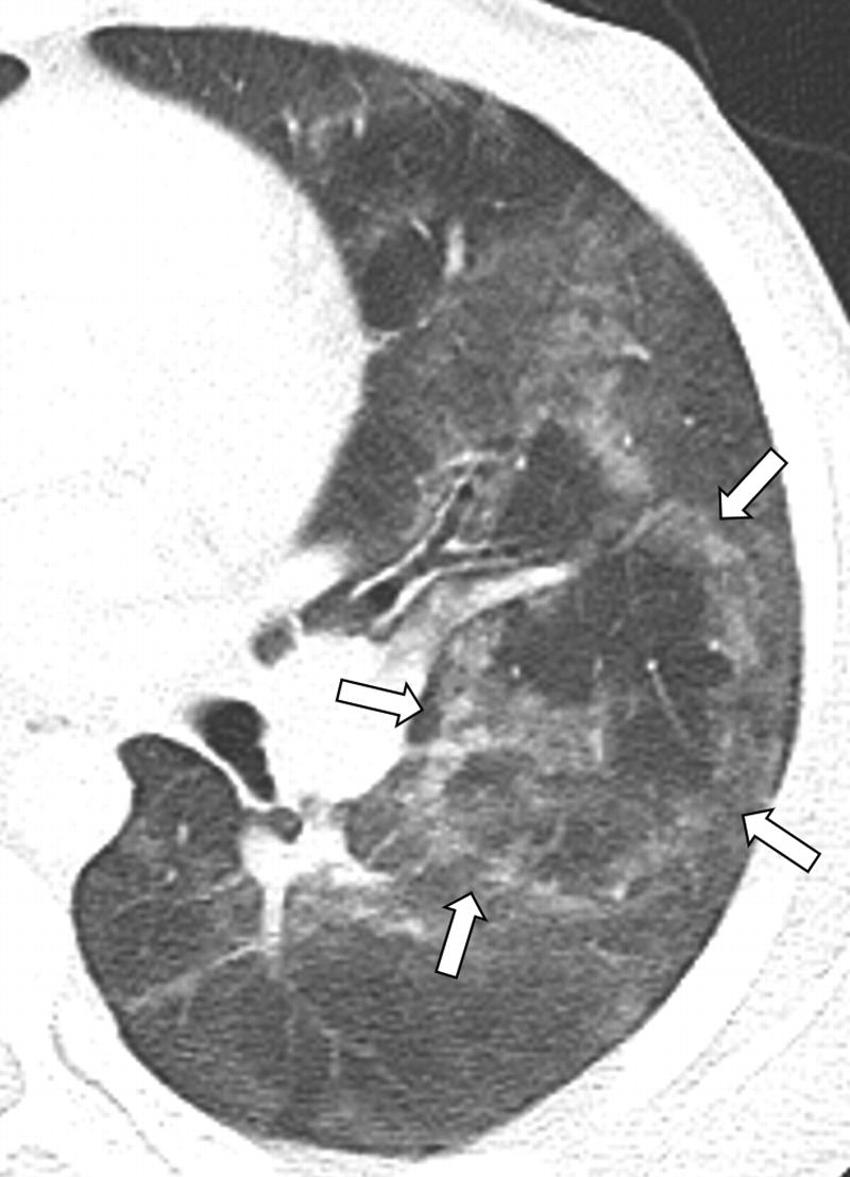