OAK BROOK, Ill. — Healthy men and women have different blood flow characteristics in their hearts, according to a new study published in the journal Radiology: Cardiothoracic Imaging. Researchers said the results could be used to help create quantitative standards that adjust for gender to provide improved assessment of cardiac performance.

The data showed some significant differences between the genders. Kinetic energy, which is one indicator of energy expenditure during contraction and filling of the heart, was significantly higher in the left ventricles of men. Vorticity, a measure of regions of rotating flow that form during different points of the cardiac cycle, was higher in women, as was strain, a measure of left ventricular function. 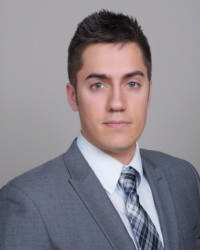 “Using the MRI data, we found differences in how the heart contracts in men and women,” said study lead author David R. Rutkowski, Ph.D., postdoctoral researcher at the University of Wisconsin in Madison. “There was greater strain in the left ventricle wall of women and a higher vorticity in the blood volume. We hypothesize that these two things are related.”

The study and the methods it employed have a number of potential applications, Dr. Rutkowski noted, including improved understanding of why the hearts of men and women respond differently to physiological stresses and disease. The results also add information that might one day improve clinical assessment of the heart.

“These blood flow metrics would be useful as reference standards because they are derived from healthy people, so we could use these to compare with someone who is unhealthy,” Dr. Rutkowski said.

“There’s been a push in the last couple of decades to make MRI more quantitative,” he said. “So instead of looking at something and saying it looks normal or different, we can get a number to go with that visual information.”

The researchers are currently using 4D flow MRI to look at patients with atrial fibrillation, an irregular heartbeat that can lead to serious complications. Their hope is that MRI will help detect patterns and relationships in the atria, the upper chambers of the heart, similar to those found in the ventricles.

“The goal of our work in general is to move from qualitative MRI to more quantitative MRI,” Dr. Rutkowski said. “Getting blood flow and velocity information is just one more metric that is being developed to make MRI more quantitative.”

Figure 1. Four-dimensional (4D) flow MRI was used to calculate, A, kinetic energy in the right ventricle (RV) and left ventricle (LV). Time-averaged 4D flow MRI magnitude data were used to segment the RV and LV and, B, flow through the main pulmonary artery and ascending aorta. 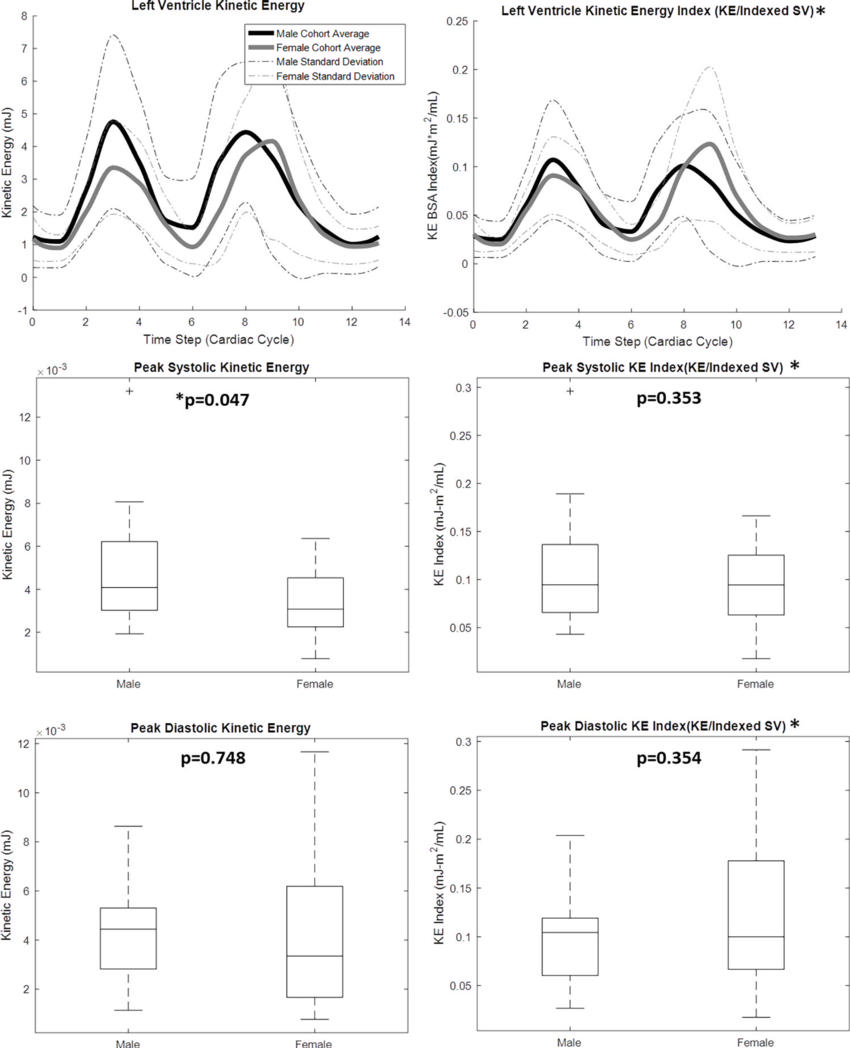 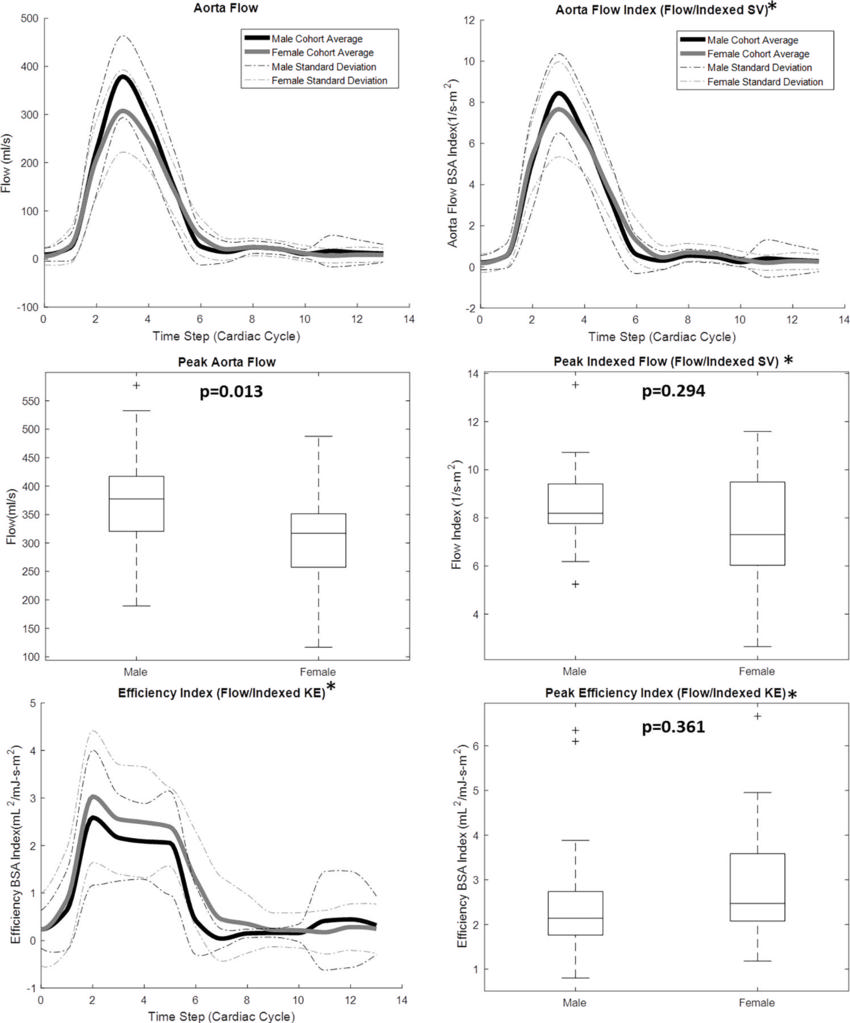 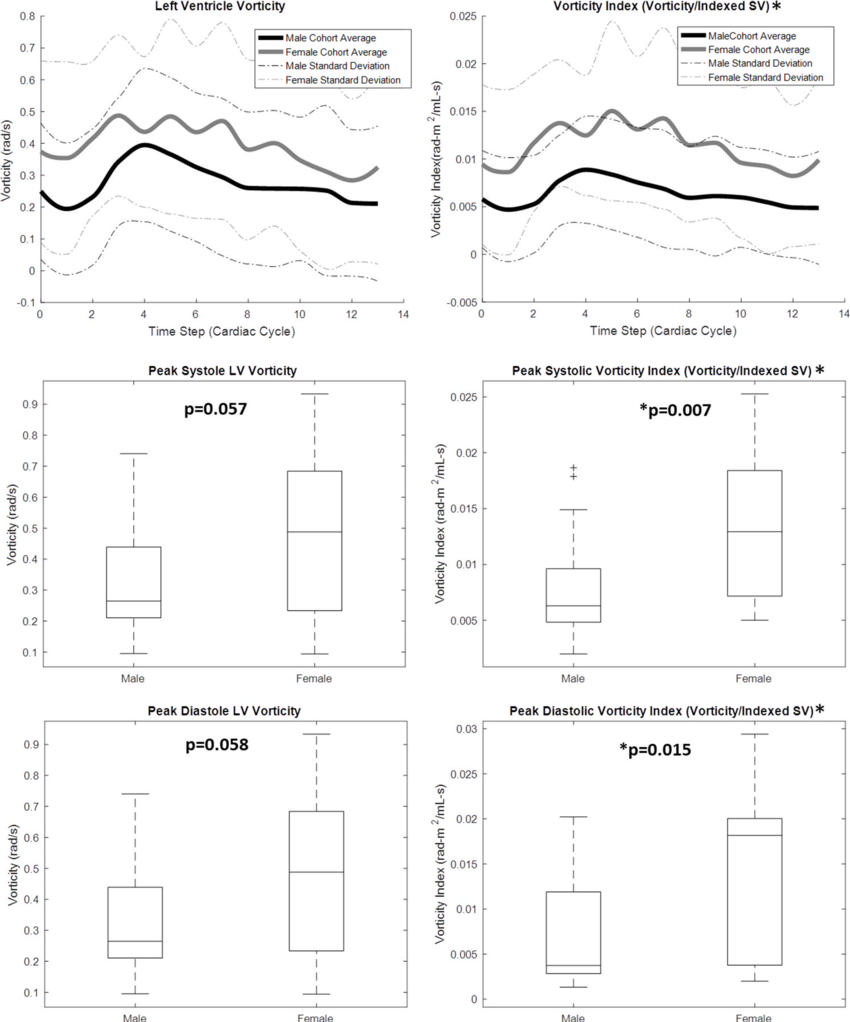 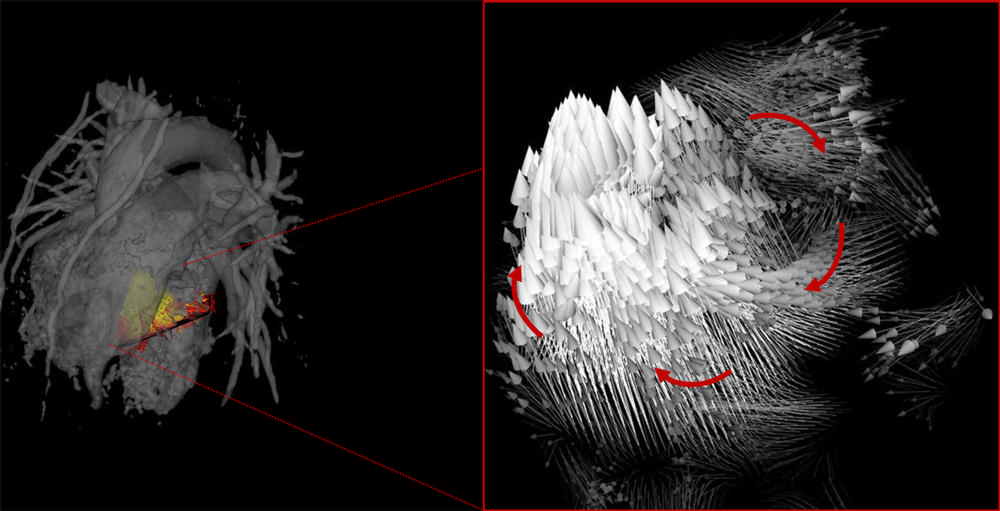 Figure 5. : Four-dimensional flow MRI data were used to create velocity vector visualizations of left ventricle blood flow throughout the cardiac cycle in healthy volunteers. Through this visualization, areas of vortex formation were observed, as emphasized with arrows.

Figure 6. : Cardiac strain was calculated in the radial, circumferential, and long-axis orientation in the left ventricle (LV) of 20 healthy men and 19 healthy women. Additionally, systolic and diastolic strain rates were recorded. *Significant sex-based differences were observed, as noted. Circum = circumferential.

Figure 7. : Left ventricle (LV) strain rates obtained from two-dimensional cine images were compared with LV blood flow kinetic energy derived from four-dimensional flow MRI data. A moderate relationship was observed in both systolic and diastolic phases of the cardiac cycle. Note that increased strain is correlated with increased vorticity in both systole (negative strain) and diastole (positive strain). The sign (positive vs negative) of the strain metrics in systole and diastole is opposite to maintain consistency of wall motion with the designated coordinate direction (wall moving inward in systole and outward in diastole).