OAK BROOK, Ill. — Deep learning, a type of artificial intelligence, can boost the power of MRI in predicting attention deficit hyperactivity disorder (ADHD), according to a study published in Radiology: Artificial Intelligence. Researchers said the approach could also have applications for other neurological conditions. 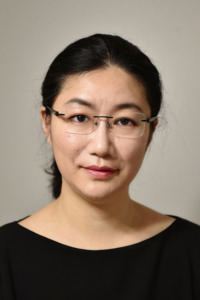 The human brain is a complex set of networks. Advances in functional MRI, a type of imaging that measures brain activity by detecting changes in blood flow, have helped with the mapping of connections within and between brain networks. This comprehensive brain map is referred to as the connectome.

Increasingly, the connectome is regarded as key to understanding brain disorders like ADHD, a condition that makes it difficult for a person to pay attention and control restless behavior.

According to the National Survey of Children's Health, approximately 9.4% of U.S. children, ages 2 to 17 years (6.1 million) in 2016 have been diagnosed with ADHD. The disorder cannot yet be definitively diagnosed in an individual child with a single test or medical imaging exam. Instead, ADHD diagnosis is based on a series of symptoms and behavior-based tests.

Prior studies have focused on the so-called single-scale approach, where the connectome is constructed based on only one parcellation. For the new study, researchers from the University of Cincinnati College of Medicine and Cincinnati Children's Hospital Medical Center took a more comprehensive view. They developed a multi-scale method, which used multiple connectome maps based on multiple parcellations.

To build the deep learning model, the researchers used data from the NeuroBureau ADHD-200 dataset. The model used the multi-scale brain connectome data from the project's 973 participants along with relevant personal characteristics, such as gender and IQ.

The multi-scale approach improved ADHD detection performance significantly over the use of a single-scale method.

"Our results emphasize the predictive power of the brain connectome," said study senior author Lili He, Ph.D., from the Cincinnati Children's Hospital Medical Center. "The constructed brain functional connectome that spans multiple scales provides supplementary information for the depicting of networks across the entire brain."

By improving diagnostic accuracy, deep-learning-aided MRI-based diagnosis could be critical in implementing early interventions for ADHD patients. Approximately 5% of American pre-school and school-aged children have been diagnosed with ADHD. These children and adolescents face a high risk of failing in academic study and building social relationships, which can result in financial hardship for families and create a tremendous burden on society.

The approach also has potential beyond ADHD, according to Dr. He.

"This model can be generalized to other neurological deficiencies," she said. "We already use it to predict cognitive deficiency in pre-term infants. We scan them soon after birth to predict neurodevelopmental outcomes at two years of age."

In the future, the researchers expect to see the deep learning model improve as it is exposed to larger neuroimaging datasets. They also hope to better understand the specific breakdowns or disruptions in the connectome identified by the model that are associated with ADHD. 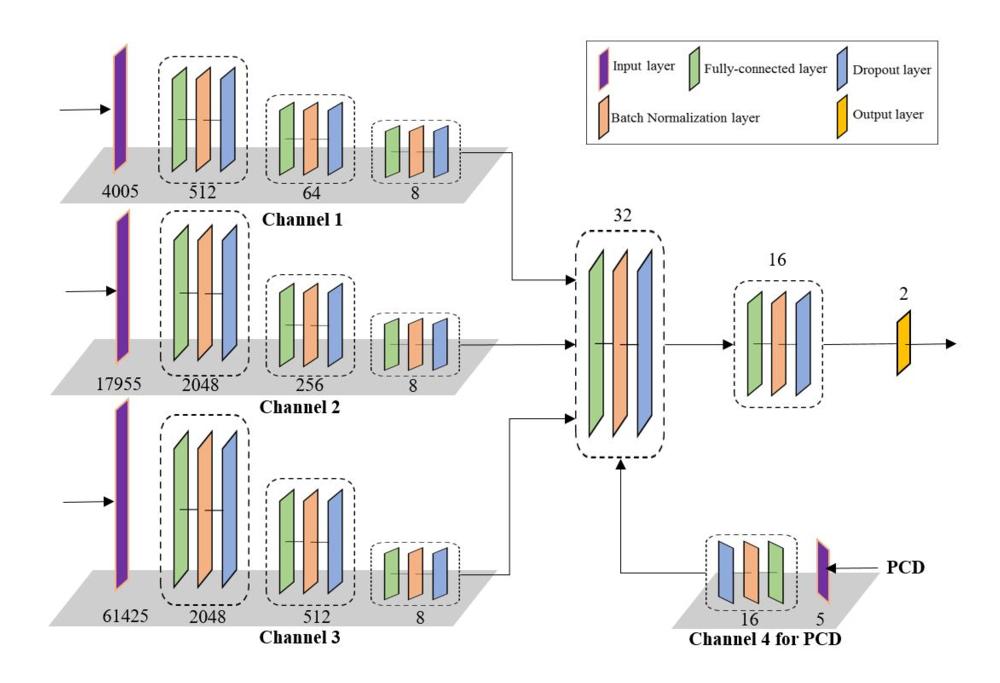 Figure 2. The architecture of a proposed multichannel deep neural network (mcDNN). The mcDNN has four input channels that take vectors of 1 X 7 for personal characteristic data and 1 X 4005, 1 X 17955, and 1 X 61425 for connectome data, consisting of the upper triangular values of the symmetric connectome matrices at a different scale. Four channels are eventually fused into one output channel. Each block reduces the feature dimensions. The number of feature dimensions is shown on the bottom of each block. PCD = personal characteristic data. 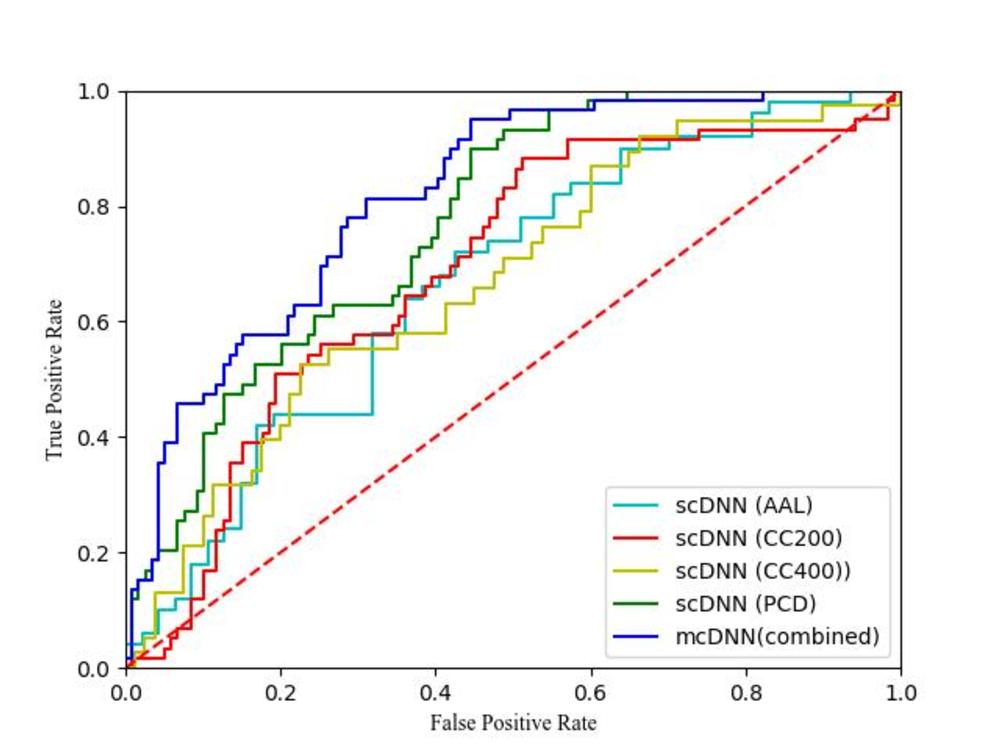 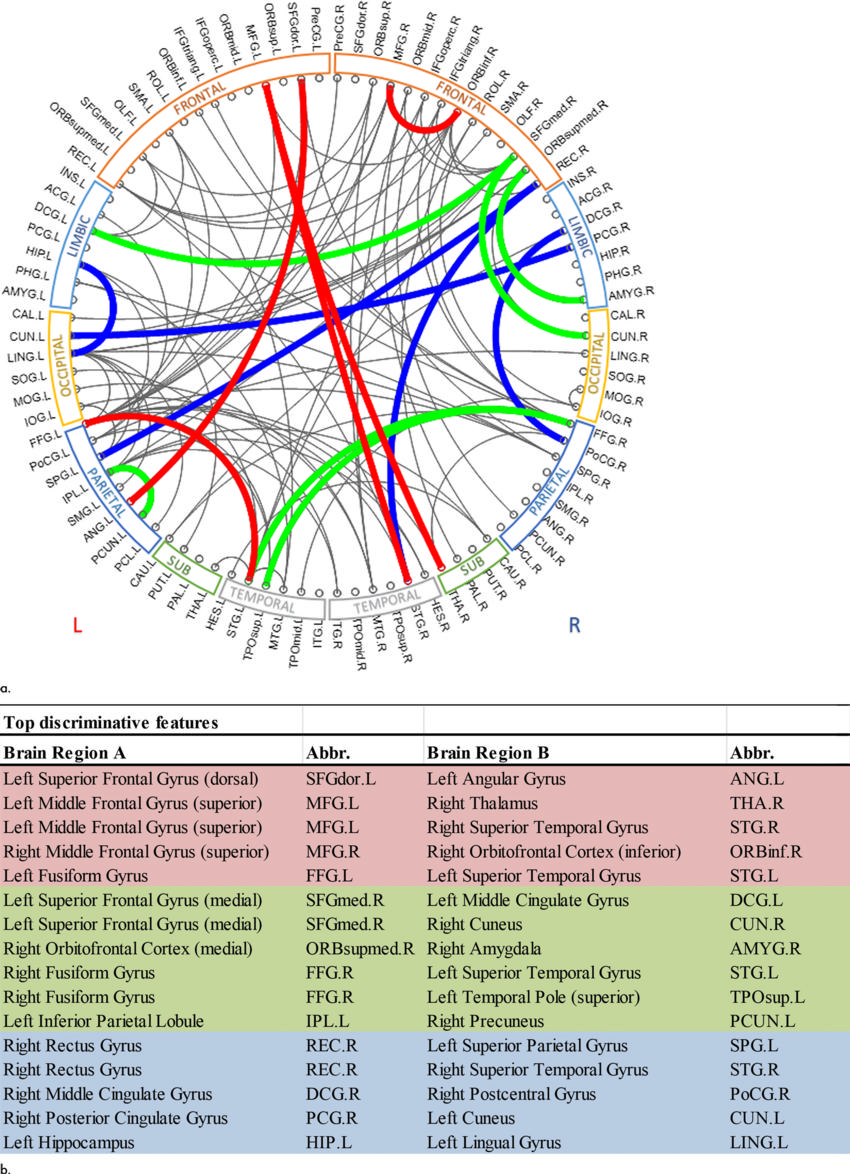