OAK BROOK, Ill. — Radiologists assisted by deep-learning based software were better able to detect malignant lung cancers on chest X-rays, according to research published in the journal Radiology. 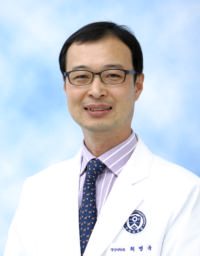 "The average sensitivity of radiologists was improved by 5.2% when they re-reviewed X-rays with the deep-learning software," said Byoung Wook Choi, M.D., Ph.D., professor at Yonsei University College of Medicine, and cardiothoracic radiologist in the Department of Radiology in the Yonsei University Health System in Seoul, Korea. "At the same time, the number of false-positive findings per image was reduced."

Dr. Choi said the characteristics of lung lesions including size, density, and location make the detection of lung nodules on chest X-rays more challenging. However, machine learning methods, including the implementation of deep convolutional neural networks (DCNN), have helped to improve detection.

Deep learning is a type of artificial intelligence that allows computers to complete tasks based on existing relationships of data. A DCNN, modeled after brain structure, employs multiple hidden layers and patterns to classify images.

In this retrospective study, radiologists randomly selected a total of 800 X-rays from four participating centers, including 200 normal chest scans and 600 with at least one malignant lung nodule confirmed by CT imaging or pathological examination (50 normal and 150 with cancer from each institution). There were 704 confirmed malignant nodules in the lung cancer X-rays (78.6% primary lung cancers and 21.4% metastases). The majority (56.1%) of the nodules were between 1cm and 2cm, while 43.9% were between 2cm and 3cm.

A second group of radiologists, including three from each institution, interpreted the selected chest X-rays with and without cancerous nodules. The readers then re-read the same X-rays with the assistance of DCNN software, which was trained to detect lung nodules.

The average sensitivity, or the ability to detect an existing cancer, improved significantly from 65.1% for radiologists reading alone to 70.3% when aided by the DCNN software. The number of false positives—incorrectly reporting that cancer is present—per X-ray declined from 0.2 for radiologists alone to 0.18 with the help of the software.

"Computer-aided detection software to detect lung nodules has not been widely accepted and utilized because of high false positive rates, even though it provides relatively high sensitivity," Dr. Choi said. "DCNN may be a solution to reduce the number of false positives." 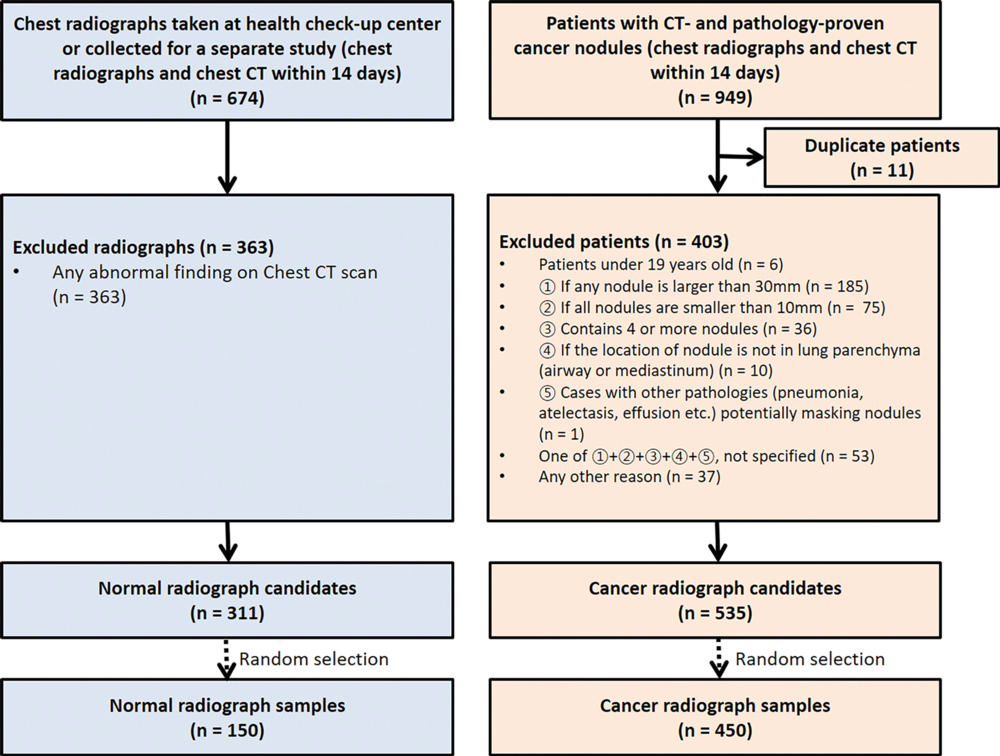 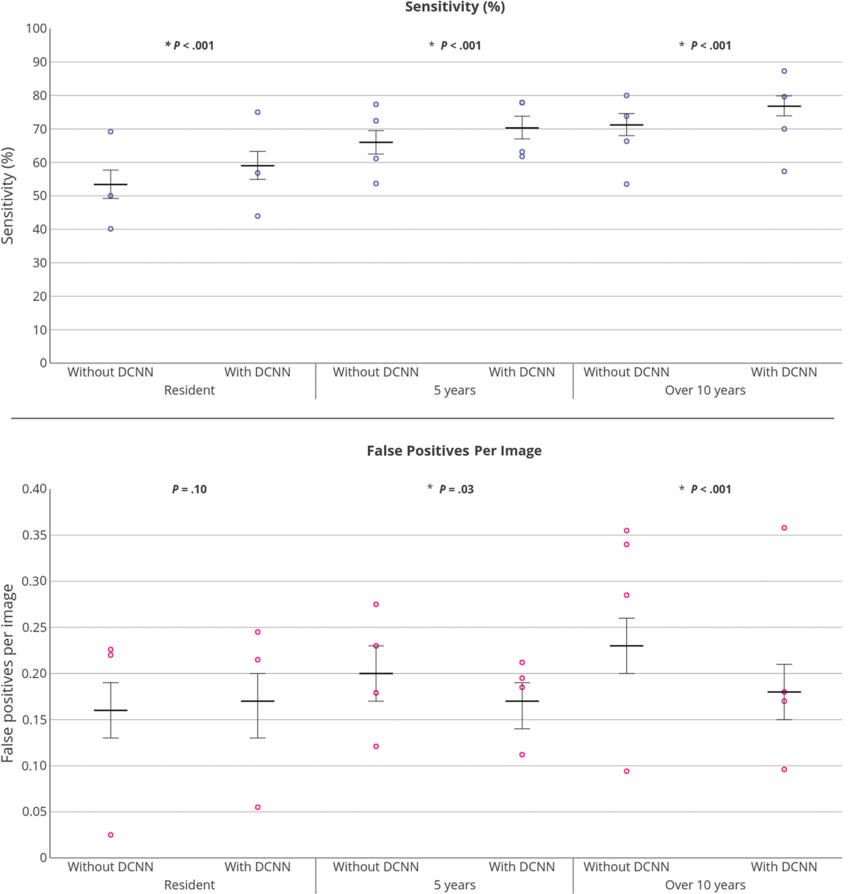 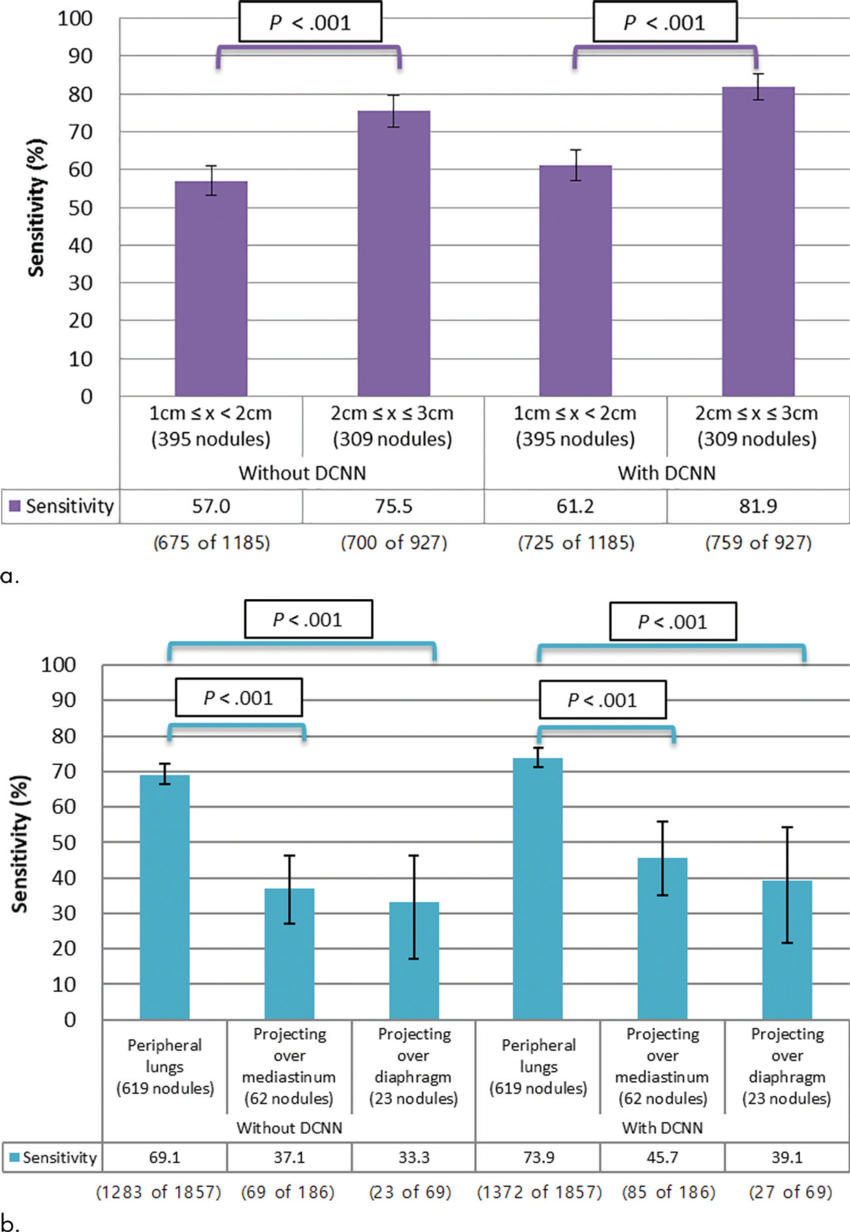 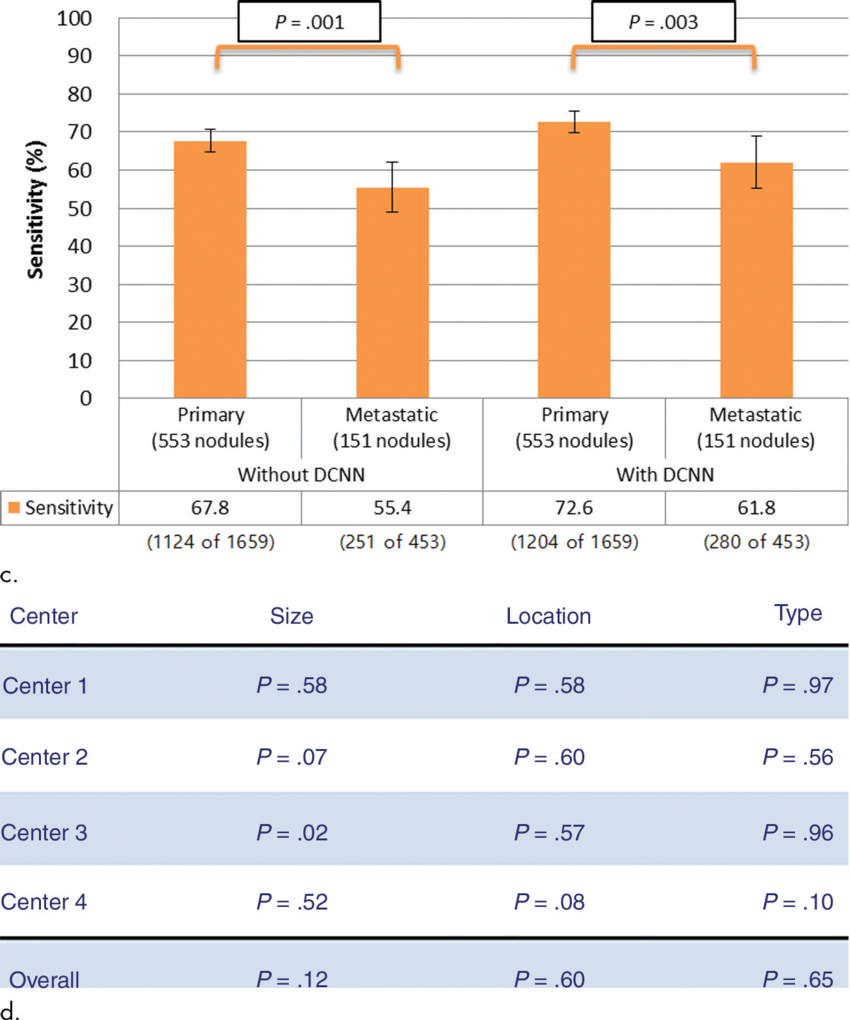 Figure 4. Images in 62-year-old man with primary adenocarcinoma. (a, b) Posteroanterior (PA) digital chest radiographs. (a) Without deep convolutional neural network (DCNN) software assistance, the three readers (readers 10, 11, and 12) interpreted this image as a normal chest radiograph. (b) According to the DCNN's suggestion (dotted circle), all readers were able to identify a true nodule (yellow circle). (c) Axial CT image obtained on the same day shows a 25-mm solid mass in the apical segment of the right upper lobe (arrow). 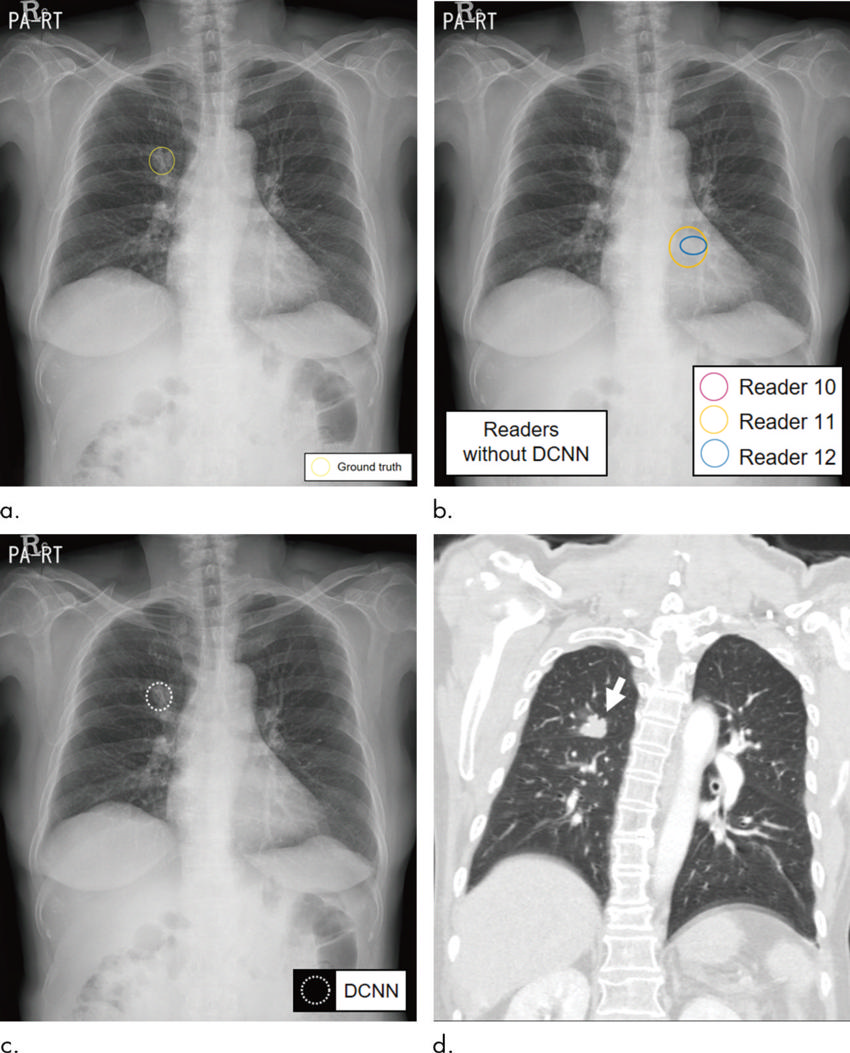