Genetics May Play A Role in Reaction to CT Contrast Agents 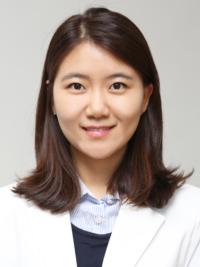 Iodinated contrast media (ICM) is used in a vast number of CT exams to improve visualization of the areas of the body being studied. Half of the approximately 88 million CT scans conducted each year in the United States include the use of an ICM.

As ICM use is growing, so too is the occurrence of ICM-related hypersensitivity reactions (HSRs). Most symptoms are mild; however, in some cases ICM-related reactions can cause severe, life-threatening allergic reactions. Despite the potential complications, efforts to identify people at risk of an allergic reaction and take steps to mitigate these risks have been inconsistent. In South Korea, for instance, a country where more than 4 million CT scans involving ICM usage are performed each year, there is no registry for ICM-related HSRs.

For the new study, researchers examined ICM use and the value of preventive measures for ICM-related reactions in almost 200,000 patients, average age 59, who received ICM in 2017 at seven participating institutes.

Of the 196,081 patients who received ICM, 1,433, or 0.73 percent, experienced HSRs. Most of the events were mild; however, 16.8 percent of the events were classified as moderate to severe. Predictors of reaction included a patient's previous individual history of an ICM-related HSR, hyperthyroidism, drug allergy, asthma and other allergic diseases, and a family history of ICM-related HSRs.

The researchers found that use of antihistamines and switching to an iodinated contrast media with a different safety profile were useful for reducing the recurrence of reactions.

"We wanted to emphasize in our study the importance of premedication and change of iodinated contrast media type as useful preventive measures to prevent recurrent hypersensitivity reaction," said study co-lead author Min Jae Cha, M.D., from the Department of Radiology at Chung-Ang University Hospital in Seoul. "Hypersensitivity reactions to iodinated contrast media are not rare, but many of them are still preventable."

The link between family history as well as previous individual history of HSRs to ICM suggests that some people have a genetic predisposition to a reaction, Dr. Cha said. The researchers are studying this potential genetic susceptibility with an eye toward developing a better understanding of HSR-related genetic proﬁles. Susceptibility genes for other conditions such as asthma, allergic rhinitis and atopic dermatitis have been identified, Dr. Cha noted.

Even with adequate premedication and the changing of contrast media, up to one-third of patients in the study experienced allergic reactions—a finding that underscores the importance of a nationwide registry for ICM-related HSRs as the basis for establishing a strategy to prevent recurrent HSR.

"We hope that we can establish a systematic nationwide integrated registry for ICM-related HSRs in Korea soon, and our study could be a first step toward that goal," Dr. Cha said. "Large-scale and long-term registries involving continuous data collection with standardized protocols will help us unravel all aspects of the contributors to the occurrence and recurrence of hypersensitivity reactions to iodinated contrast media." 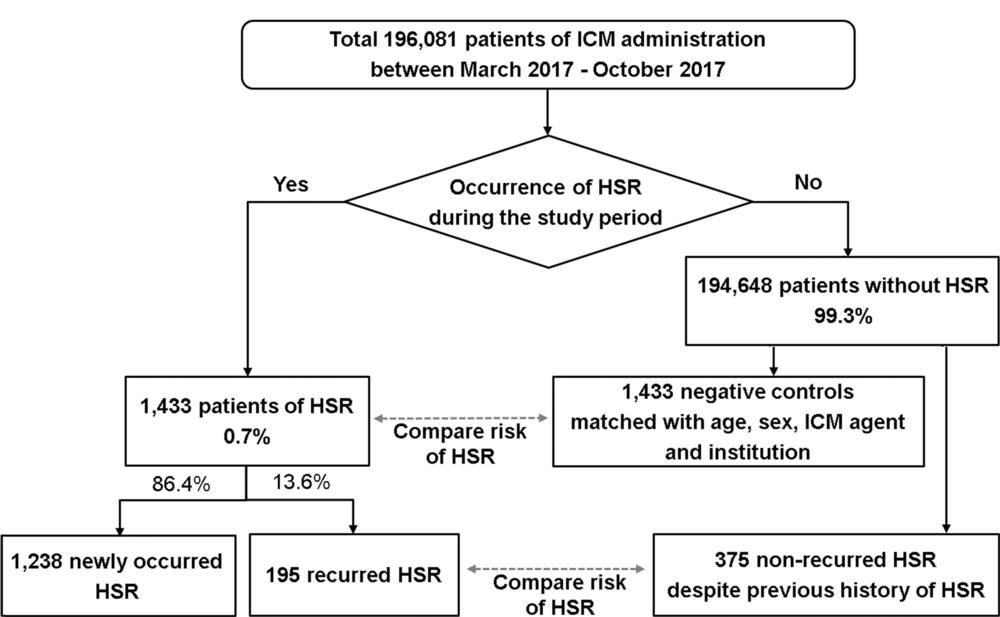 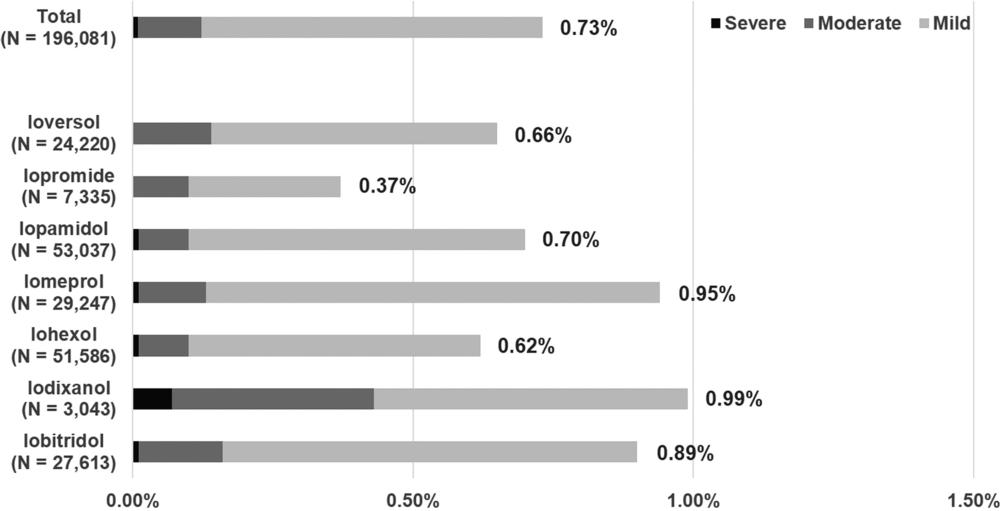 Figure 2. Image shows prevalence and severity of hypersensitivity reaction according to the generic profile of iodinated contrast media. 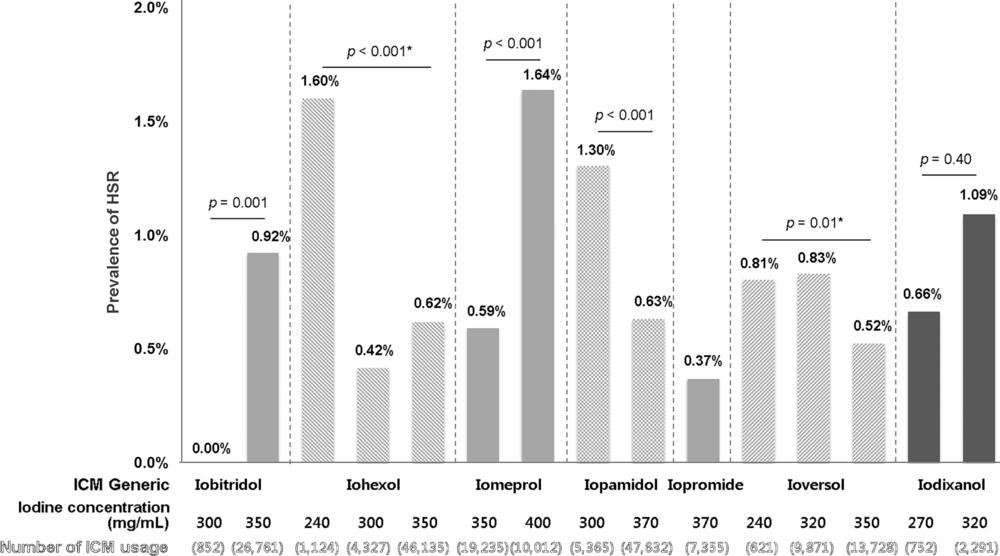