OAK BROOK, Ill. — A novel technique that uses mammography to determine the biological tissue composition of a tumor could help reduce unnecessary breast biopsies, according to a new study appearing in the journal Radiology. 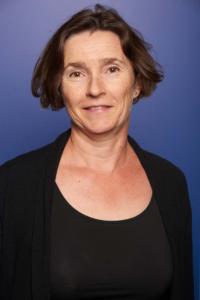 Mammography has been effective at reducing deaths from breast cancer by detecting cancers in their earliest, most treatable stages. However, many women are called back for additional diagnostic imaging and, in many cases, biopsies, for abnormal findings that are ultimately proven benign. Research estimates this recall rate to be more than 10 percent in the United States.

"The callback rate with mammography is much higher than ideal," said the study's first author, Karen Drukker, Ph.D., research associate professor from the Department of Radiology at the University of Chicago in Chicago. "There are costs and anxiety associated with recalls, and our goal is to reduce these costs but not miss anything that should be biopsied."

Dr. Drukker and colleagues recently studied a new technique called three-compartment breast (3CB) imaging. John Shepherd, Ph.D., currently at the University of Hawaii in Honolulu, and his team developed 3CB while he was at the University of California in San Francisco. By measuring the water, lipid and protein tissue composition throughout the breast, 3CB might provide a biological signature for a tumor. For instance, more water in the tumor tissue might indicate angiogenesis, or the production of new blood vessels, an early sign of cancer development.

For the study, the researchers acquired dual-energy mammograms from 109 women with breast masses that were suspicious or highly suggestive of a malignancy—the types of lesions that typically would be biopsied—immediately prior to biopsy, and the ensuing biopsies showed 35 masses to be invasive cancers, while the remaining 74 were benign.

3CB images were derived from the dual-energy mammograms and analyzed along with mammography radiomics, a method that uses artificial intelligence algorithms to analyze features and patterns in images—some of which are difficult for human perception—developed by Maryellen L. Giger, Ph.D., and her team at the University of Chicago for use in computer-aided diagnosis on breast images.

The combination of 3CB image analysis and radiomics improved the positive predictive value, or the ability to predict cancer, in breast masses deemed suspicious by the breast radiologist. The combined method improved positive predictive value from 32 percent for visual interpretation alone to almost 50 percent, with an almost 36 percent reduction in biopsies. The 3CB-radiomics method missed one of the 35 cancers, for a 97 percent sensitivity rate.

Dr. Drukker said the combined 3CB-radiomics approach has the potential to play an increasingly prominent role in breast cancer diagnosis and perhaps also screening. She noted that 3CB can easily be added to mammography without requiring extensive modifications of existing equipment.

"The patient is already getting the mammography, plus we get all this extra information with only a 10 percent additional dose of radiation," she said.

This approach is still experimental at this stage, and further work is needed to make it available to patients. The researchers plan to study how the combined approach will help radiologists make their final determinations. They also want to study the approach using digital breast tomosynthesis, sometimes called "3D" mammography, which reduces the problem of overlapping breast tissue inherent to regular mammography. A tumor's unique water-lipid-protein signature might be even clearer with tomosynthesis, Dr. Drukker said. 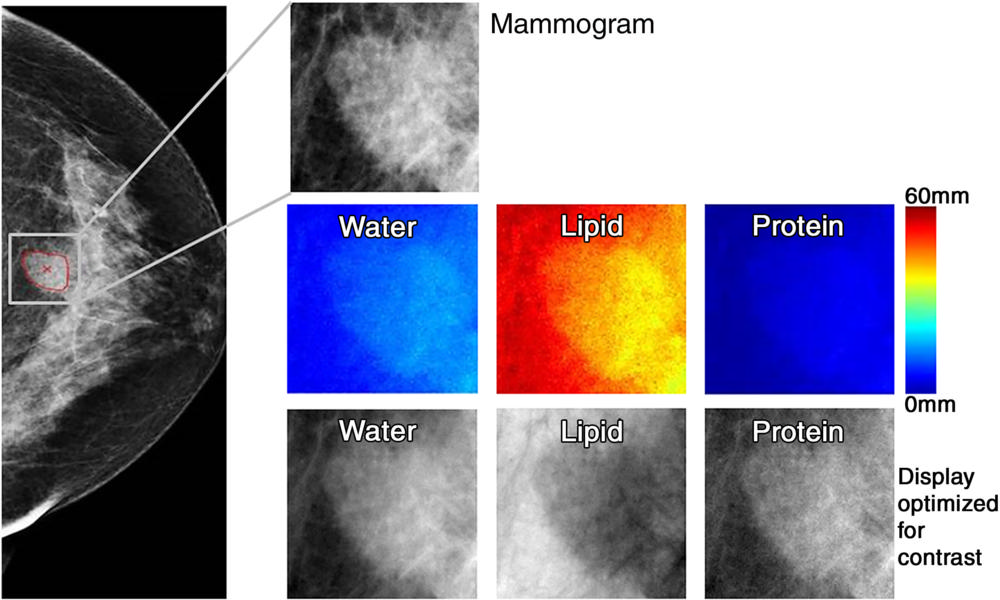 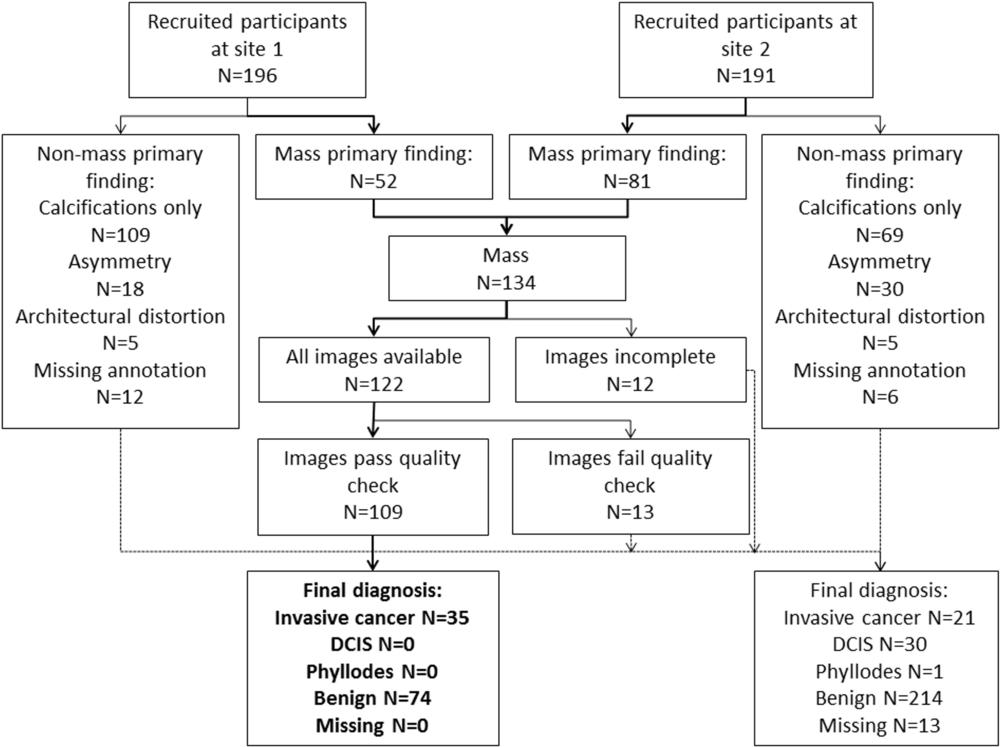 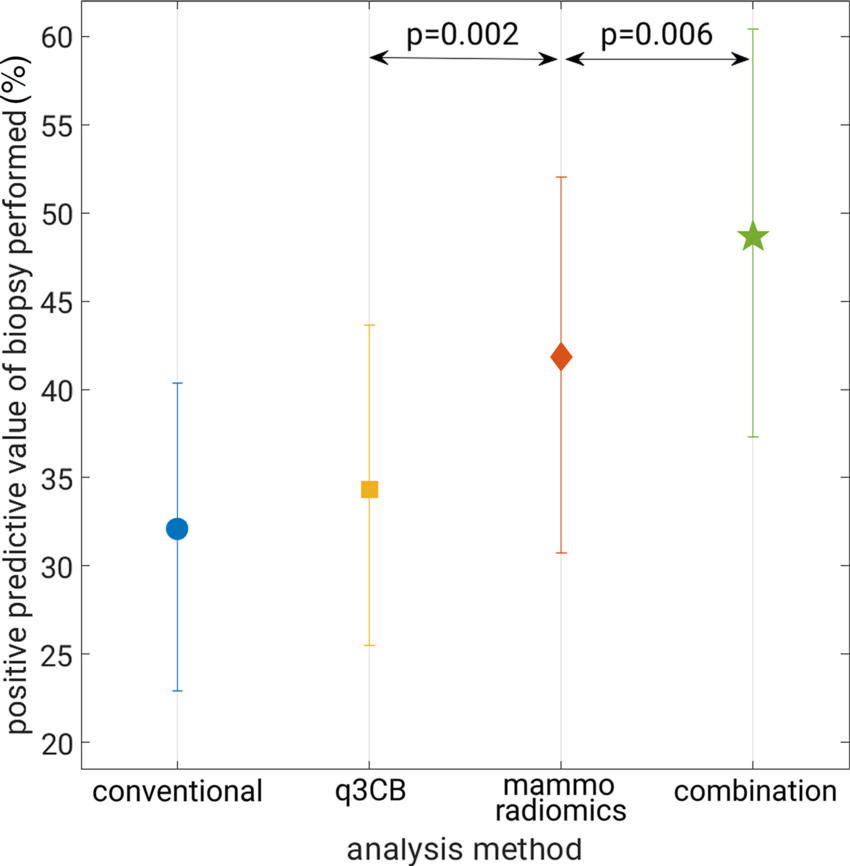