Novel Technique to Treat Endometrial Cysts is Safe and Effective

OAK BROOK, Ill. — A technique called catheter-based sclerotherapy is a safe and effective treatment for endometrial cysts and could help preserve fertility in patients, according to a study appearing in the journal Radiology. 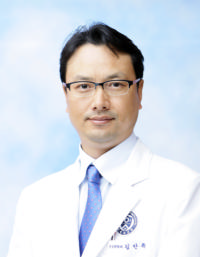 Endometriosis occurs when the lining of the uterus, known as the endometrium, grows outside of the uterus and into surrounding tissues and organs. It is a common condition that affects about 10 percent of women of reproductive age. When endometriosis involves the ovaries, fluid-filled cysts called endometriomas may form, causing pelvic pain and abnormal uterine bleeding.

Surgery is a common treatment for endometriomas, but it carries risks, including the removal of healthy ovarian tissue, which can affect fertility. Needle-based sclerotherapy is a less-invasive option that involves inserting a needle into the cyst under ultrasound guidance and then withdrawing the cystic fluid through a needle. The cyst is then washed with a solution of ethanol. However, the needle-directed approach has limitations, said study co-author Man-Deuk Kim, M.D., Ph.D., professor at Severance Hospital, Yonsei University College of Medicine in Seoul, South Korea.

"Endometrial cyst content can be incredibly thick and sticky. A 16- or 18-gauge needle, which is commonly used for needle-directed sclerotherapy, is sometimes not large enough to completely evacuate the cyst," he said. "This may reduce the efficacy of sclerotherapy and increase the possibility of needle displacement during aspiration."

Dr. Kim and colleagues studied a sclerotherapy technique that replaces the needle with a catheter, a flexible tube used for removing fluid from cavities in the body. Along with draining cystic fluid more easily, a catheter allows for positional changes during the procedure, which helps maximize the ethanol's effectiveness by enabling it to contact the cyst wall evenly. The catheter also reduces the risk of spillage into the peritoneal cavity of the abdomen.

The researchers evaluated catheter-directed sclerotherapy with 95 percent ethanol in 14 women between the ages of 20 and 44 with ovarian endometriomas.

After about one year, the cysts had decreased on average from 5.8 centimeters (cm) in diameter to 1.1 cm. Pain was relieved in all patients, and blood tests indicated well-preserved ovarian function. There were no procedure-related complications.

There were no endometrioma recurrences, even in patients with internal septation, or division, within their cysts. The multiple compartments of septated cysts can be difficult to puncture with a needle, which may lead to incomplete sclerotherapy. In catheter-directed sclerotherapy, once the endometrioma is punctured, clinicians can manipulate the guidewire and catheter to break down internal septations, allowing for more effective treatment.

"In our study, the recurrence rate of catheter-directed sclerotherapy was 0 percent, which is very encouraging given that endometriomas measuring up to 13.5 centimeters in diameter or those that had internal septation were included in the study," Dr. Kim said.

The researchers plan to conduct a study to see how catheter-directed sclerotherapy compares with surgery in terms of fertility, cyst recurrence and improvements in clinical symptoms. 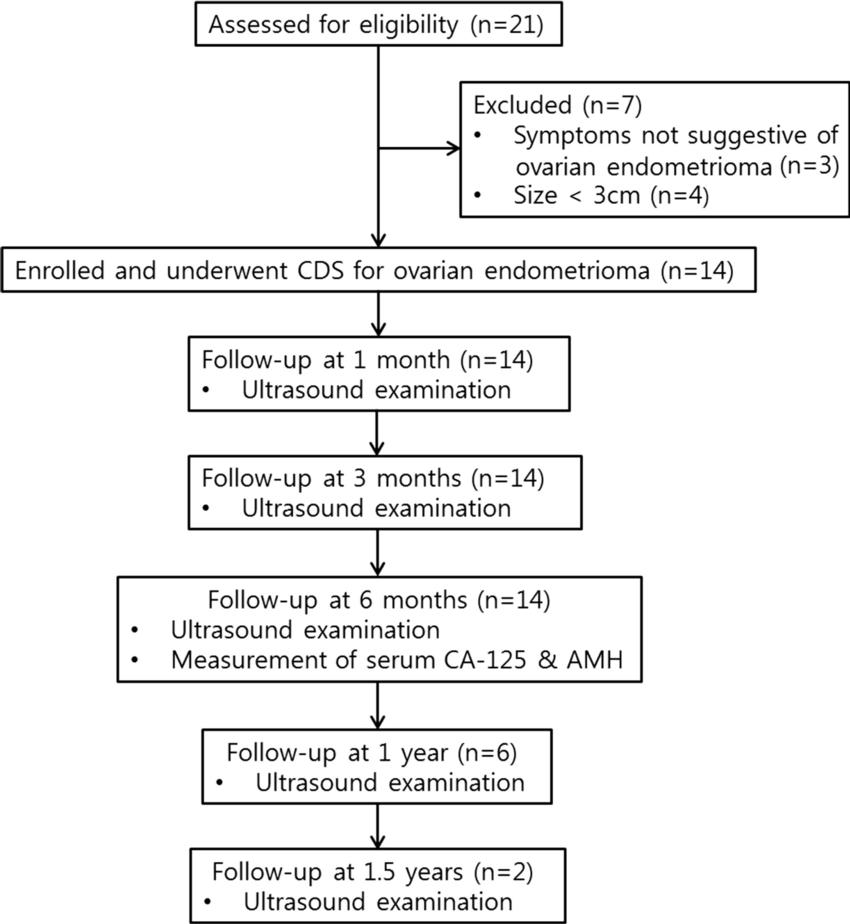 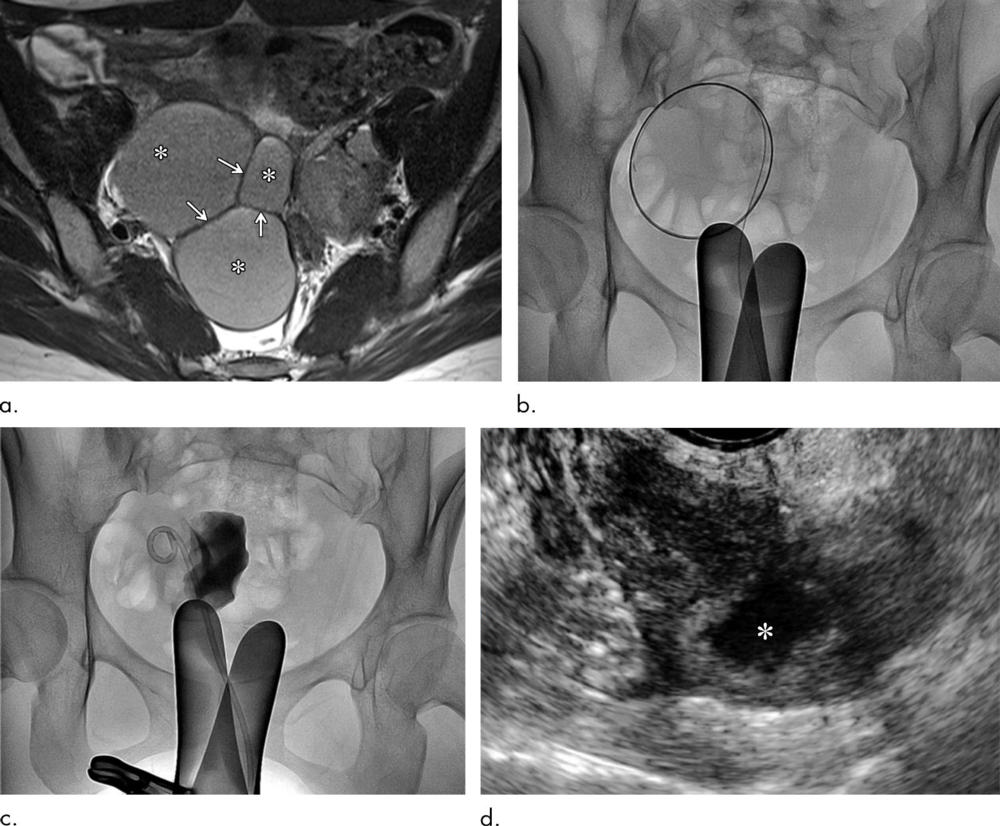 Figure 2. Clinical course of a 27-year-old woman with primary ovarian endometrioma presenting with dysmenorrhea. (a) Axial T2-weighted image reveals an 8.4-cm, multilocular endometrioma (∗) with internal septation (arrows). (b) The endometrioma was punctured and mechanical breakdown of the internal septa was performed. (c) A catheter was inserted and contrast agent was injected to observe for any leakage. (d) Follow-up ultrasound 6 months after catheter-directed sclerotherapy shows markedly decreased endometrioma (∗) size (1.4 cm). 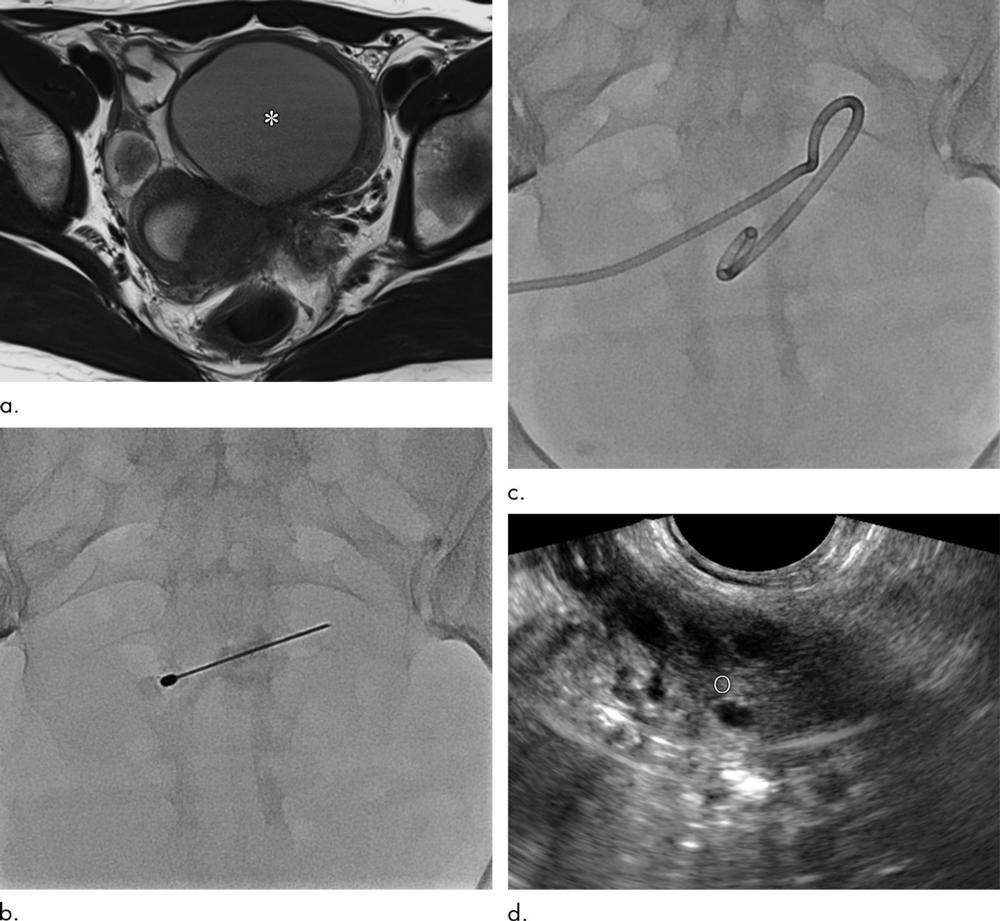 Figure 3. Clinical course of a 30-year-old woman with primary ovarian endometrioma presenting with lower abdominal pain. (a) Axial T2-weighted image shows a 7.1-cm, unilocular endometrioma (∗). (b) The endometrioma was punctured with transabdominal ultrasound (US) guidance. (c) A catheter was inserted and catheter-directed sclerotherapy (CDS) was performed. (d) Follow-up US 6 months after CDS reveals normal-looking ovary (O) without evidence of residual endometrioma.