OAK BROOK, Ill. (August 6, 2018) – The Board of Directors of the Radiological Society of North America (RSNA) announced today that Gary D. Luker, M.D., will become editor of the new online journal, Radiology: Imaging Cancer. The journal will launch in 2019.

Dr. Luker is professor of radiology, microbiology and immunology, and biomedical engineering at Michigan Medicine in Ann Arbor, Mich., where he serves as associate chair for clinical research in the Department of Radiology. He is also an attending physician at C.S. Mott Children’s Hospital in Ann Arbor, Mich. 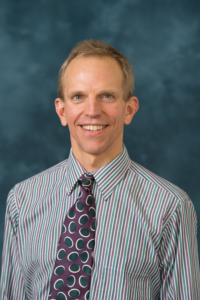 “I am delighted that RSNA is founding a new journal dedicated to cancer imaging,” Dr. Luker said. “I want this new journal to become a must-read, not only for imaging specialists, but also for people outside the field who want to advance imaging science and research for drug development and precision medicine in cancer. I am honored to be selected as editor.”

Dr. Luker received a Bachelor of Science in Chemistry in 1987 from the University of Evansville in Evansville, Mo. He earned his medical degree in 1991 from Washington University School of Medicine in St. Louis, where he completed his diagnostic radiology residency in 1995. Following his residency, Dr. Luker pursued his postdoctoral training in pediatric imaging through a fellowship at Mallinckrodt Institute of Radiology in St. Louis, where he was an instructor of radiology from 1996 to 2002 and an assistant professor from 2002 to 2004.

Dr. Luker has served in editorial positions and provided peer review for a number of journals, including Journal of Immunology, Journal of Nuclear Medicine, Integrative Biology, the Proceedings of the National Academy of Sciences, and on multiple editorial boards, including Pediatric Radiology and Tomography.

As an esteemed researcher, Dr. Luker has authored or co-authored more than 145 peer-reviewed articles and three book chapters. He has given numerous invited lectures and seminars. In 2008, Dr. Luker was granted a patent on his invention, “Imaging Regulated Protein-Protein Interactions in Cells and Living Animals by Enhanced Luciferase Protein Fragment Complementation.”

Dr. Luker has received numerous awards and honors. In 1996, he received the Covidien/RSNA Research Fellow Grant. He was a 2005 Sidney Kimmel Scholar. In 2012, Dr. Luker received the Distinguished Investigator Award from the Academy for Radiology & Biomedical Imaging Research (formerly the Academy of Radiology Research), and in 2012 he received the New Investigator Award from the Association of University Radiologists. An accomplished researcher, he has grant funding for more than 30 projects as principal investigator, primarily from the National Institutes of Health (NIH) and the U.S. Department of Health and Human Services.

Dr. Luker has served with a number of professional societies in many capacities. In addition to being a former member of the RSNA Molecular Imaging Committee, he has served on review committees for NIH and the Society for Molecular Imaging, where he served on the Board of Trustees and as a council member. Dr. Luker currently serves on the molecular imaging committees of the American College of Radiology and the American Board of Radiology.

A longtime member of RSNA, Dr. Luker has been a member of numerous professional societies and associations, including the Society for Pediatric Radiology, the American Association for Cancer Research, the World Molecular Imaging Society, Society of Nuclear Medicine, and the American Society for Clinical Investigation.

Radiology: Imaging Cancer will cover the best clinical and translational cancer imaging studies across organ systems and modalities, including leading-edge technological developments. The journal will foster communication across radiological subspecialties and support collaborations within the broader oncological research and clinical communities. It will be published bi-monthly, exclusively online. RSNA members will receive a complimentary subscription as a member benefit. Original research and editorial submissions to Radiology: Imaging Cancer will be accepted beginning early 2019.