OAK BROOK, Ill. — Children with post-traumatic stress disorder (PTSD) experience disruptions in the structure of the neural networks inside their brains, according to a study appearing online in the journal Radiology. The findings could help in the development of treatments for the disorder, researchers said.

PTSD is a mental health problem that occurs in the wake of one or more traumatic experiences. Children are particularly vulnerable to the effects of PTSD, as the multiple neurochemical and hormonal effects associated with childhood trauma can lead to lasting changes in brain structure and function. Brain imaging with MRI is a promising tool for identifying vulnerable patients and allowing interventions to begin sooner, potentially preventing any adverse brain changes. 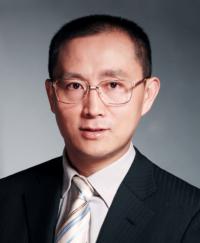 Researchers from China recently used MRI to compare brain structure in 24 pediatric PTSD patients and a control group of 23 trauma-exposed children without PTSD. The children had experienced the 2008 Sichuan earthquake, a massive disaster in south central China that killed almost 70,000 people and injured more than 370,000.

Diffusion tensor imaging (DTI), an MRI technique that measures the integrity of the brain's white matter, was used to look at the brain's connectome, or the map of the neural connections in the brain. The human connectome includes a series of nodes, or brain regions, linked by connections known as edges. Nodes with a relatively high number of edges are referred to as hubs.

"Generally speaking, the structural connectome and the functional connectome are based on different types of raw images, which may be used to investigate the brain's abnormalities through different views," said study lead author Qiyong Gong, M.D., Ph.D., from West China Hospital of Sichuan University in Chengdu, China.

Using DTI results and graph theory, a relatively simple and widely used way of modeling the human brain connectome, the researchers were able find significant structural differences between the PTSD and non-PTSD groups. The PTSD group had changes suggestive of decreased local and global network efficiency due to damage or disconnection between linked regions.

The researchers also identified a concerning trend in the structural connectome of PTSD patients. Normally, the brain operates partly as a small-world network, or a type of mathematical model in which most nodes can be reached from every other node by a small number of steps. A small-world network aids in the high-efficiency parallel information transfer between networks that is necessary for brain function.

However, in the PTSD patients, the structural connectome showed a trend toward regularization—a phenomenon in which the neural network moves from a small-world to a more regular network. A regular network is more localized, so it takes many more steps to reach distant nodes.

"In a previous functional and current structural connectome study of the same patient group, we found a shift toward regularization in the brain networks of the PTSD patients relative to controls," Dr. Gong said. "Thus, we speculate that this regularization process may be a general pattern of pediatric PTSD."

Differences were also observed in the salience network, a collection of brain regions that select which stimuli are deserving of attention. The finding could point to a potential target for future treatment plans in pediatric PTSD.

"These abnormalities suggest that PTSD can be better understood by examining the dysfunction of large-scale spatially distributed neural networks," Dr. Gong said.

The researchers hope to perform follow-up imaging on at least some of the patients in the study to further study brain changes associated with PTSD. 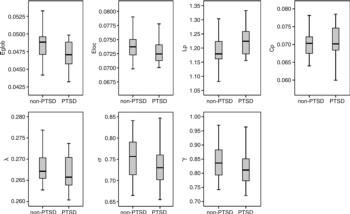 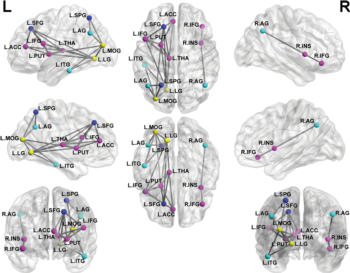 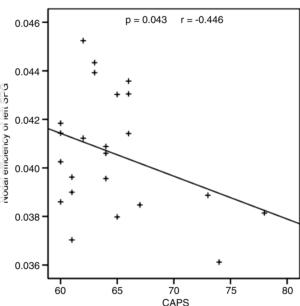