MTBI, sometimes referred to as a concussion, is very common among U.S. service members returning from conflicts in Iraq and Afghanistan. More than 300,000 service members have been diagnosed with MTBI between 2000 and 2015, according to the Armed Forces Health Surveillance Center.

Current assessment of MTBI relies heavily on behavioral observations and on patient recall of events, such as post-traumatic amnesia and loss of consciousness. The need for a more definitive marker spurred Gerard Riedy, M.D., Ph.D., from the National Intrepid Center of Excellence (NICoE) at the Walter Reed National Military Medical Center in Bethesda, Md., to look at advanced brain imaging with MRI as a tool for assessing MTBI.

"Working at Walter Reed, I saw people with MTBI get routine brain scans and I thought we could do better," Dr. Riedy said.

In what represents the largest study using advanced brain imaging of active military ever performed, Dr. Riedy and colleagues used MRI to study 834 military service members with MTBI related to blast injuries. Slightly more than 84 percent of the patients reported one or more blast-related incidents, and 63 percent reported loss of consciousness at the time of injury.

The MRI scans revealed the presence of white matter T2 hyperintensities, which can be thought of as brain scars, in 52 percent of the MTBI patients.

"We were really surprised to see so much damage to the brain in the MTBI patients," Dr. Riedy said. "It's expected that people with MTBI should have normal MRI results, yet more than 50 percent had these abnormalities."

Pituitary abnormalities were identified in almost a third of MTBI patients. The pituitary, the so-called "master gland" that governs other endocrine gland functions, is located in the base of the brain. Previous research has shown a decline in pituitary function in soldiers who experienced MTBI, perhaps because of blast-related trauma.

The findings represent the first in a series of new studies from the NICoE on advanced brain imaging in MTBI patients, according to Dr. Riedy.

"This paper is just the tip of the iceberg," he said. "We have several more papers coming up that build on these findings and look at brain function, brain wiring, connectivity and perfusion, or brain blood flow."

As the research team builds a database of advanced imaging data, they hope to begin to link the data with the more subjective symptoms associated with MTBI.

"A scar on a brain scan is an objective finding," Dr. Riedy said. "We start with the objective and build a foundation for the correct diagnosis of MTBI and then bring in the subjective measures later."

One key area of focus is the diagnosis of post-traumatic stress disorder (PTSD), a mental health condition caused by a traumatic event or events. PTSD is challenging to diagnose. Symptoms of TBI and PTSD overlap, and treatments for one are unlikely to work for the other.

The ability to see the brain scans has already had an impact on military personnel and their families, Dr. Riedy noted, allowing them to see for the first time what has previously been called the invisible wounds of war.

"Military traumatic brain injury is not a small problem for our country," he said. "Through this research, we hope to learn more about what the future entails for our military personnel who've suffered these injuries."

The research was made possible, in part, by Arnold Fisher, Honorary Chairman of the Intrepid Fallen Heroes Fund. The fund used private donations for the construction of the NICoE, a state-of-the-art research, diagnosis and treatment center dedicated to service members diagnosed with TBI and psychological health conditions. 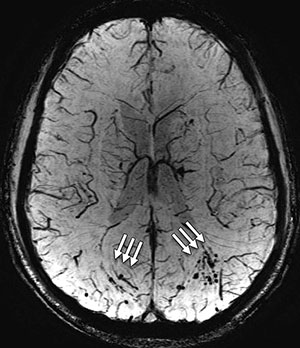 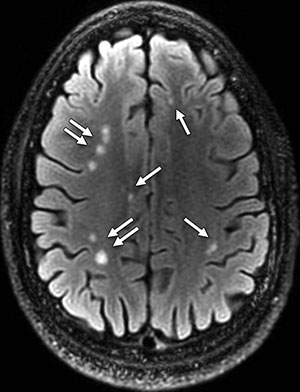 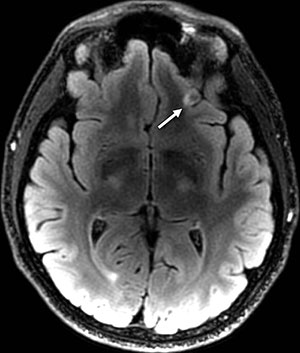