CHICAGO — Osteoarthritis patients who received a steroid injection in the hip had a significantly greater incidence of bone death and collapse compared with control groups, according to new research presented today at the annual meeting of the Radiological Society of North America (RSNA). 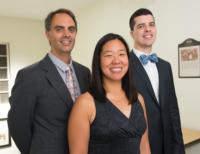 Receiving an injection of a steroid and anesthetic is a common treatment for patients who are experiencing pain and inflammation in a joint, such as the hip, knee or shoulder.

"Changes due to osteoarthritis, such as narrowing in the space between joints and the development of bony proliferations, typically develop slowly over time," said Connie Y. Chang, M.D., radiologist at Massachusetts General Hospital and assistant professor of radiology at Harvard Medical School in Boston. "When reading follow-up radiographs of patients who had received a hip injection, we noticed changes had developed rapidly in some patients."

To determine whether arthritis worsened in patients following a hip steroid/anesthetic injection, Chang and a team of radiologists specializing in musculoskeletal diagnostic imaging and intervention, including hip injections, conducted a study involving 102 patients (age range 19-92, including 62 women) who received X-ray images of the treated hip at the time of the injection and during a follow-up three to nine months later.

Hip injection patients also showed increased imaging findings of osteoarthritis compared to the control groups, but the differences were not statistically significant.

Dr. Chang noted that patients receiving hip injections have symptoms of hip pain severe enough to require the injection and may be prone to faster progression of bony changes compared to the control groups. These considerations may be important as some orthopedists are requesting higher steroid doses and injections in younger patients.

"We need to look at what's going on with the steroid/anesthetic injectate and osteoarthritis patients to determine what's causing the changes that occur in some patients," Dr. Chang said. "However, we don't want to deter patients from getting an injection. These results are enough to warrant an investigation, but not enough to cancel a procedure." 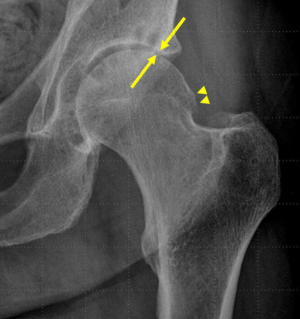 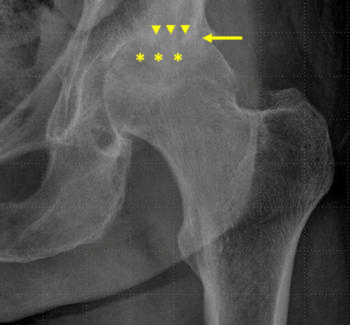