OAK BROOK, Ill. — Radiology: Cardiothoracic Imaging has published a special report on lung injury resulting from the use of electronic cigarettes (e-cigarettes), or "vaping." Authors Suhny Abbara, M.D., FACR, MSCCT and Fernando Uliana Kay, M.D., Ph.D., from the Department of Radiology at UT Southwestern Medical Center in Dallas, Texas, aim to raise awareness among radiologists and other medical professionals on how to identify e-cigarette or vaping product use-associated lung injury (EVALI). 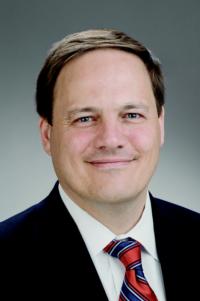 "Radiologists will continue to play an important role in recognizing this emerging entity," said Dr. Abbara, who is also the editor of Radiology: Cardiothoracic Imaging. "We encourage the medical imaging community to produce scientific evidence and medical knowledge to help advance our collective understanding of the effects of e-cigarette use on the lungs and other organ systems."

E-cigarettes act by delivering nicotine, flavorings and other additives in aerosol form. According to the Centers for Disease Control and Prevention (CDC), more than 9 million adults in the U.S. use e-cigarettes, and vaping has become especially popular among teens. The 2018 National Youth Tobacco Survey reported that in 2018 more than 3.6 million middle and high school students were using e-cigarettes.

The CDC, the U.S. Food and Drug Administration and state and local health departments have started an investigation into the recent outbreak of lung injury associated with the use of e-cigarettes. As of October 22, 2019, 1,604 cases have been reported from 49 U.S. states, the District of Columbia, and one U.S. territory. Thirty-four cases have resulted in death. However, these numbers likely underestimate the true incidence and prevalence of disease due to lack of recognition and reporting of vaping-associated lung injury. 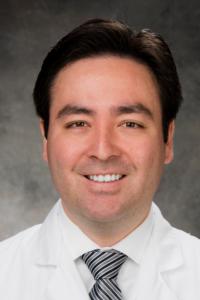 In the special report, Drs. Abbara and Kay summarize recent cases from the literature and illustrate some of the radiographic and CT findings of lung injury with a clinical case of a 24-year-old male patient with past medical history of asthma, who presented with shortness of breath, productive cough, chest pain and fever for one week. The patient reported current daily use of e-cigarettes (with tobacco) and marijuana, without substantial change in recent vaping habits. He had high white cell and platelet counts. His chest X-ray showed ground-glass and reticular, or netlike, opacities in both lungs.

CT findings included ground glass opacities and pulmonary consolidation with relative subpleural sparing. Histologic specimens obtained from the right lower lobe at biopsy were suggestive of lipoid pneumonia. The patient was given steroids with a presumptive diagnosis of lung injury associated with e-cigarette use.

"The diagnosis of lung injury due to e-cigarette use should be a differential possibility in patients presenting with bilateral lung opacities on radiographs or ground-glass opacities on chest CT images and exposure to e-cigarette products within 90 days of the presentation," Dr. Abbara said.

The epidemiologic case definition of lung injury associated with e-cigarette use for surveillance purposes includes the presence of all the following criteria: use of e-cigarette or dabbing (butane hash oils) within 90 days before symptom onset, presence of pulmonary opacities on chest radiographs or ground-glass opacities on chest CT images, absence of pulmonary infection at initial workup, and no evidence of alternative plausible diagnoses.

The report outlines that research into vaping-associated lung injury should be approached as a team effort by members of multiple specialties, including pathologists, epidemiologists, pulmonologists and emergency physicians, but highlights the critical role of radiologists.

"It is crucial that radiologists drive some of the research initiatives to better understand the mechanisms of disease presentation, facilitating the diagnosis and management of these patients," Dr. Abbara said.

"Electronic Cigarette or Vaping-associated Lung Injury (EVALI): The Tip of the Iceberg."

For the latest information from the CDC on vaping-associated lung injury, visit https://www.cdc.gov/tobacco/basic_information/e-cigarettes/severe-lung-disease.html. 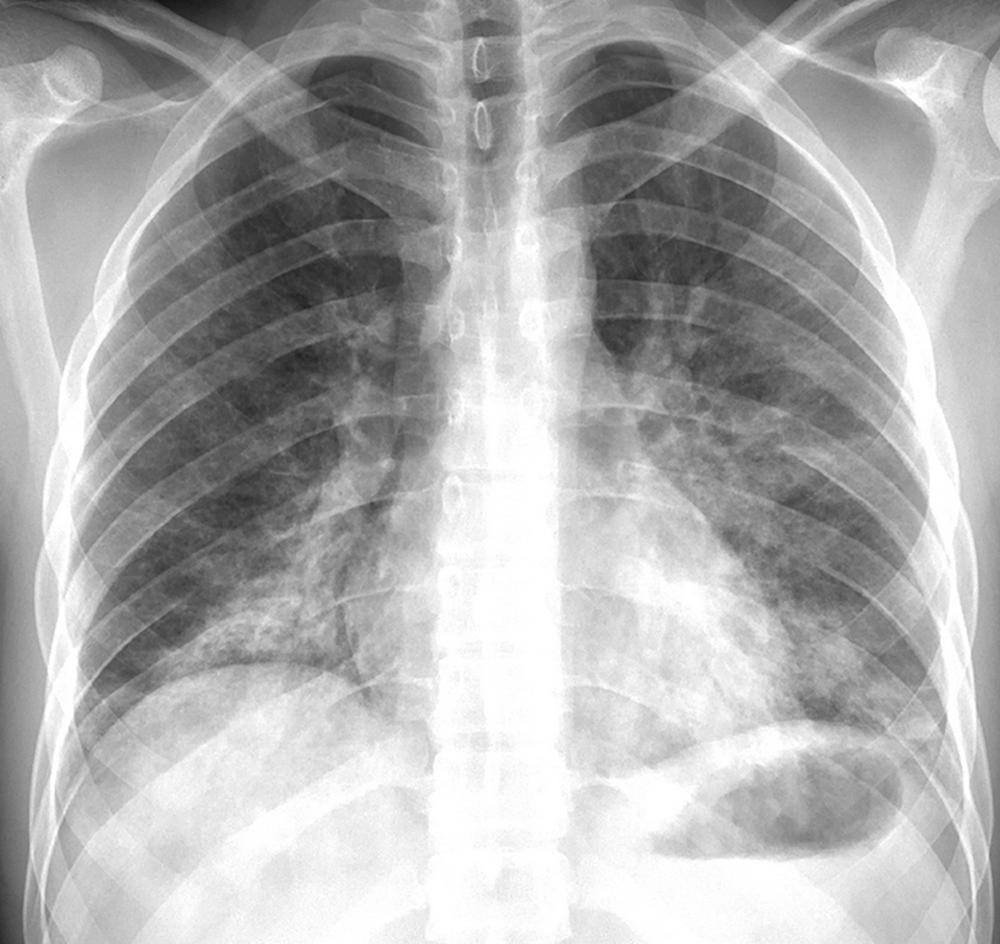 Figure 1. Posteroanterior chest radiograph in a 24-year-old man with a history of e-cigarette use shows bilateral reticular and predominantly ground-glass and airspace opacities distributed throughout both lower lungs and absence of pleural effusions. 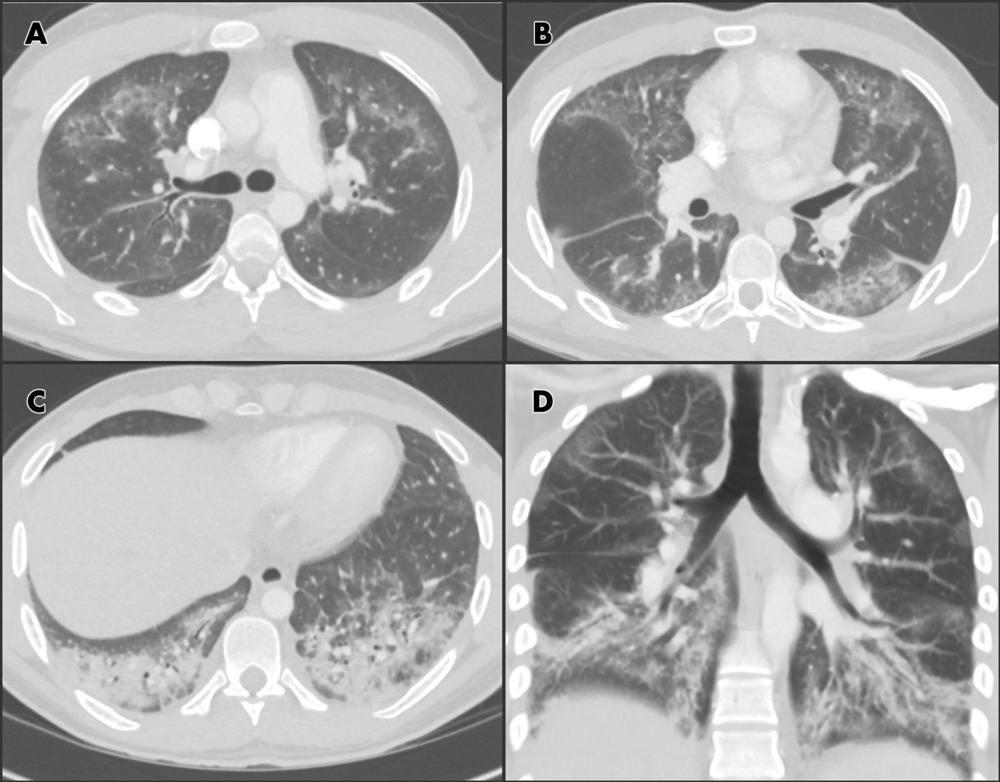 Figure 2. Chest CT angiographic images in a 24-year-old man with a history of e-cigarette use. A–C, Selected axial sections of the lung presented on lung windows reveal patchy ground-glass opacities distributed bilaterally with some, A, B, subpleural sparing and, C, consolidation in the lung bases. D, Coronal oblique thick-slab average intensity reconstruction shows the predominance of the findings in the basal lungs and demonstrates the peripheral subpleural sparing.