CHICAGO – Young football players may experience a disruption in brain development after a single season of the sport, according to a new study presented today at the annual meeting of the Radiological Society of North America (RSNA). 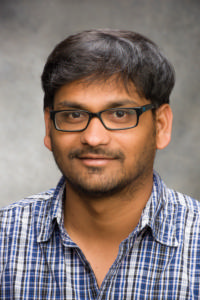 The brain is highly complex with an abundance of neural connections. New connections are formed, and unused connections fall away in a process called pruning. Much like cutting back dead or unnecessary branches keeps a tree healthy and helps it grow, brain pruning is necessary to healthy brain development.

“Pruning is an essential part of brain development,” Murugesan said. “By getting rid of the synapses that are no longer used, the brain becomes more efficient with aging.”

The researchers set out to determine whether exposure to repetitive head impacts affects normal pruning of the brain in young football players.

For the study, 60 youth and high school football players without history of developmental, neurological or psychiatric abnormalities and no history of concussion prior to or during the season were outfitted with the Head Impact Telemetry System (HITS). HITS helmets are lined with accelerometers or sensors that measure the magnitude, location and direction of impacts to the head. Impact data from the helmets were used to calculate a risk of concussion exposure for each player.

Players were then split into two groups: high-impact players (24) and low-impact players (36), based on each player’s risk of cumulative head impact exposure as determined by HITS. 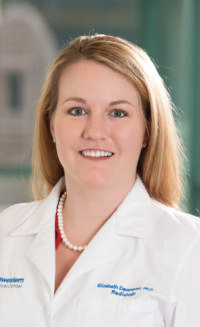 Pre- and post-season resting state functional (fMRI) scans were performed on all players, and changes in power within five components the default mode network (DMN) were analyzed.

The DMN is a network of regions deep in the gray matter areas of the brain. It includes structures that activate when a person is awake and engaging in introspection or processing emotions, which are activities that are important for brain health.

The post-season results showed significant increases in power and gray matter volume in the frontal DMN in the high-impact group.

“Disruption in normal pruning has been shown to be related to weaker connections between different parts of the brain,” Murugesan said. “Our study has found a significant decrease in gray matter pruning in the frontal default mode network, which is involved in higher cognitive functions, such as the planning and controlling of social behaviors.”

Studies of biomechanical data from this same group of participants were conducted at Wake Forest University in Winston-Salem, N.C. Their findings showed that most head impacts occurred during practice.

“By replacing high-impact practice drills with low- or no-impact drills, the overall head-impact exposure for players can be reduced,” Murugesan said.

The researchers also suggested that minor modifications to the game could also be implemented to reduce full-speed contact.

The researchers hope to conduct further study to fully understand the long-term changes in resting state brain networks and their association with neuropsychological task performance. 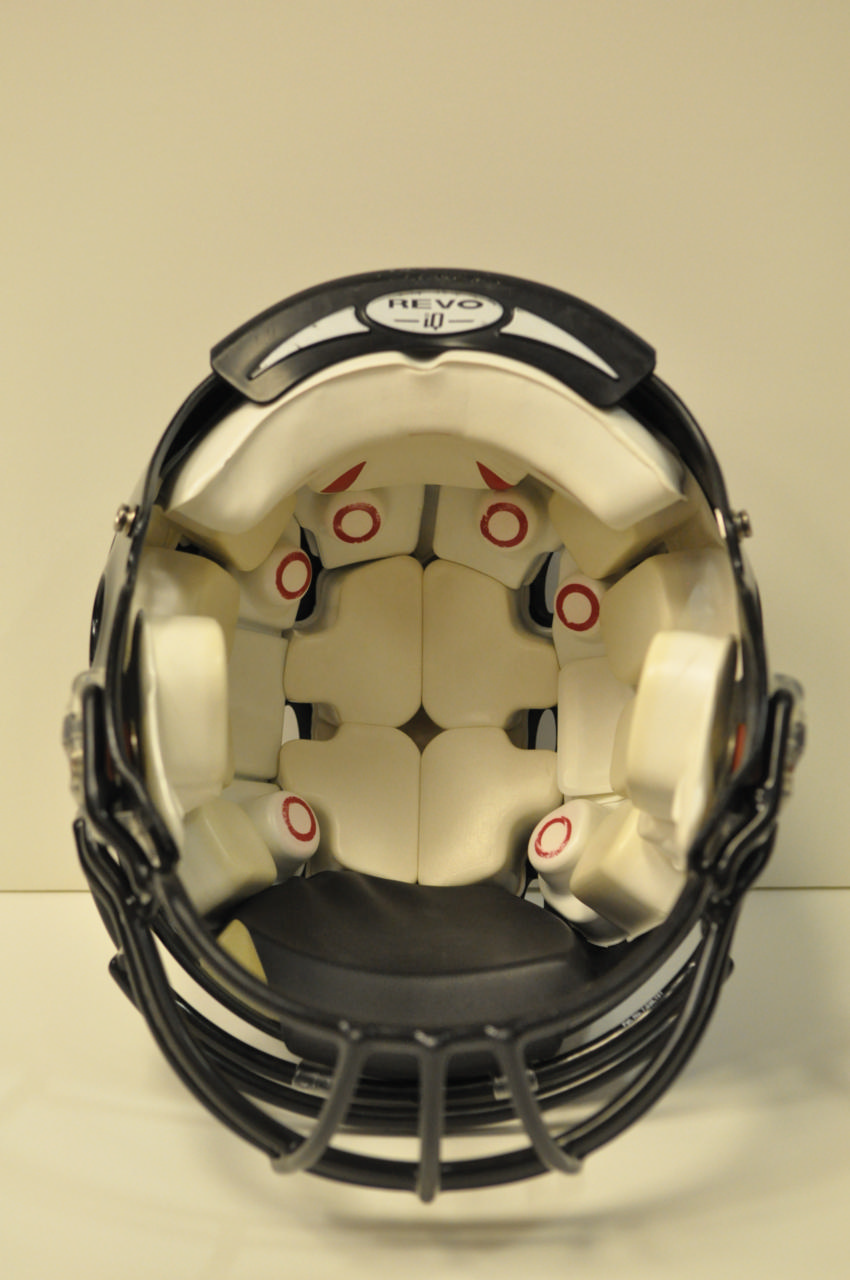 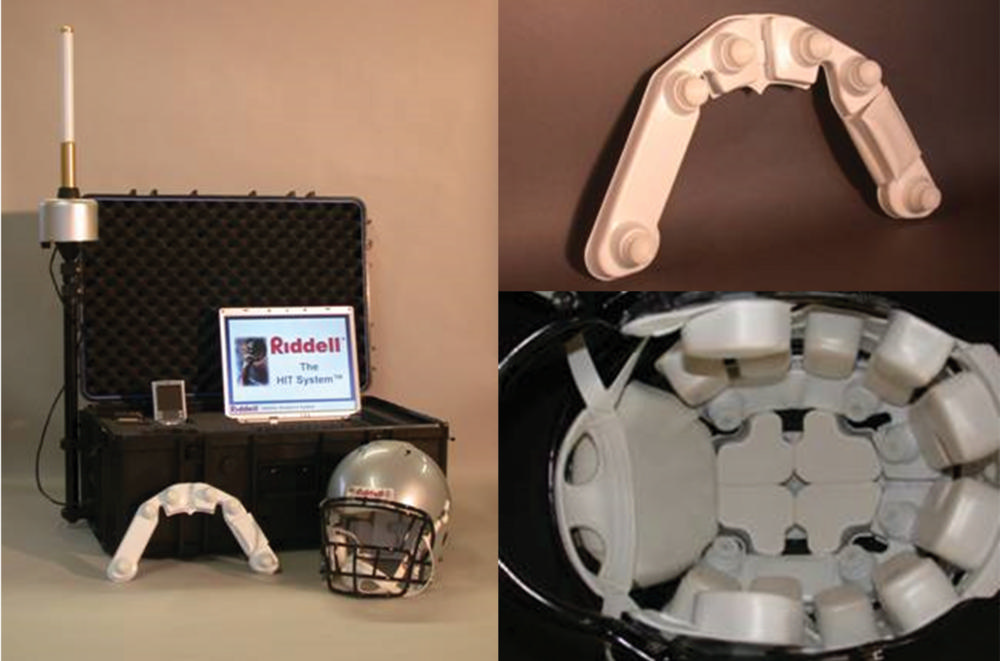 Figure 3. Riddell HIT System with a sensor array and helmet. 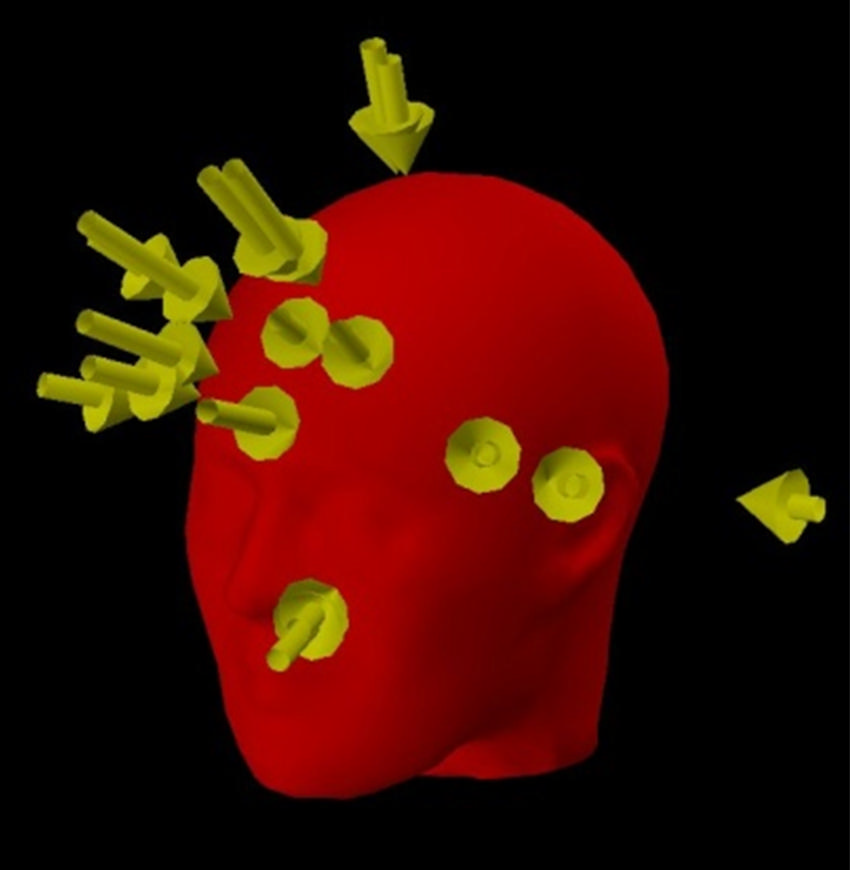 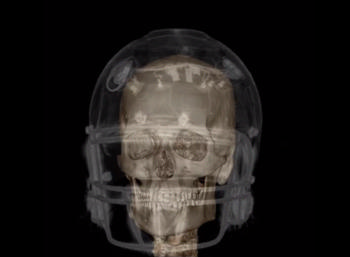 Video 1. Animation showing how the HIT system accelerometers fit around the player’s head. The springs ensure the sensors remain in contact with the head, measuring head acceleration not helmet acceleration. 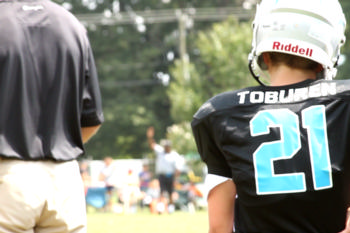 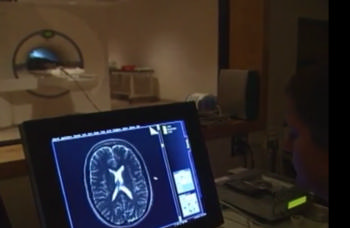 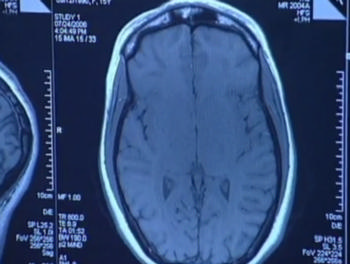 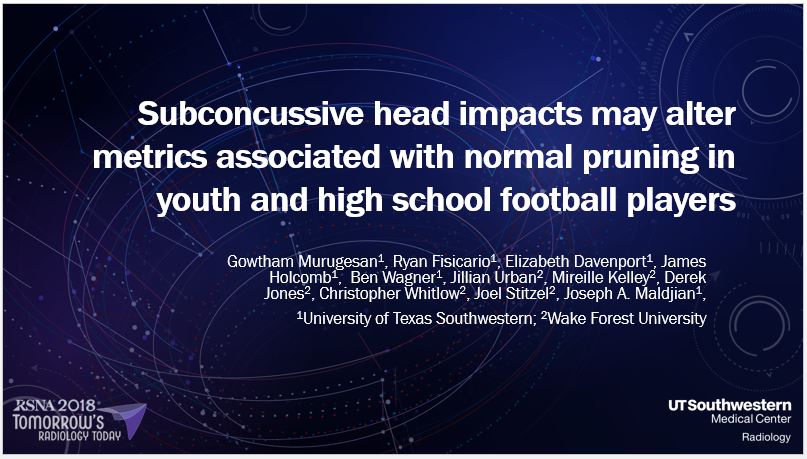