OAK BROOK, Ill. (May 02, 2018) — The Board of Directors of the Radiological Society of North America (RSNA) announced today that Charles E. Kahn Jr., M.D., M.S., will become editor of the new online journal, Radiology: Artificial Intelligence. The journal will launch in early 2019. 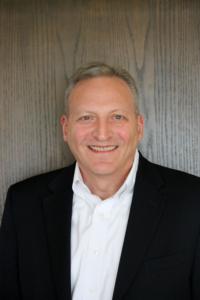 Dr. Kahn is professor and vice chair of the Department of Radiology at the University of Pennsylvania's (Penn) Perelman School of Medicine in Philadelphia. He is also a senior fellow of the Institute for Biomedical Informatics and the Leonard Davis Institute of Health Economics at Penn.

"Radiology: Artificial Intelligence is an exciting venture," Dr. Kahn said. "I'm deeply honored for the opportunity to serve as this new journal's editor, and look forward to working with our authors, reviewers and editorial team to present cutting-edge science in this rapidly growing field."

A graduate of the University of Wisconsin–Madison (UW–Madison), Dr. Kahn earned his medical degree from the University of Illinois College of Medicine in 1985. He completed a diagnostic radiology residency at University of Chicago Medical Center. He received a Master of Science in Computer Sciences from UW–Madison in 2003.

From 1994 to 2005, he served as director of the Section of Information and Decision Sciences in the Department of Radiology at MCW, and from 1997 to 2000 he was the associate dean and medical director of the Office of Clinical Informatics.

In 2014, he joined Penn in his current role as a professor of radiology and vice chair of the Department of Radiology at Perelman School of Medicine.

An esteemed communicator, Dr. Kahn has authored or co-authored more than 110 peer-reviewed articles, and given nearly 100 invited lectures.

"With his extensive editorial experience and profound interest in the fields of artificial intelligence and machine learning, Charles Kahn is a natural fit for this role," said Mary C. Mahoney, M.D., RSNA Board Liaison for Publications and Communications. "The RSNA Board is excited to see where he takes this important new journal."

A longtime member of RSNA, Dr. Kahn served on the RadLex Steering Committee from 2000 to 2017. He has served on the Radiology Informatics Committee since 2007 and is currently its chair. He was a member of the Radiology Informatics Subcommittee of the Scientific Program Committee from 2007 to 2013. He joined the Structured Reporting Subcommittee in 2007, serving as its chair from 2013 to 2017. He has served on the RSNA Education and Publications Councils since 2016, as well as the Steering Committee on Content for the Digital Roadmap.

Dr. Kahn has served in many capacities with a number of other professional societies and groups, including ACR, ARRS, AMIA, European Society of Radiology and Society for Imaging Informatics in Medicine. He has served on various committees and working groups for Digital Imaging and Communication in Medicine (DICOM) and was co-chair of the DICOM Standards Committee from 2006 to 2010.

Radiology: Artificial Intelligence will highlight emerging applications of machine learning and artificial intelligence in the field of imaging across multiple disciplines and provide a way to keep practicing physicians and imaging researchers up to date on the best emerging science in this subspecialty. Beginning in early 2019, the journal will be published bi-monthly and available exclusively online. RSNA members will receive a complimentary subscription as a member benefit. Original research and editorial submissions to Radiology: Artificial Intelligence will be accepted beginning summer 2018.