OAK BROOK, Ill. – CT angiography is a useful adjunct to autopsy that is likely to increase the quality of post-mortem diagnosis, according to a study appearing online in the journal Radiology. Researchers said the findings could have important implications for criminal investigations and hospital quality control efforts. 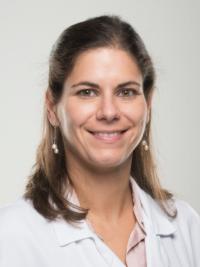 High-quality post-mortem investigations are vital for a number of reasons; most notably, as evidence in criminal investigations for which the body represents the main proof of a crime, and as a quality control measure for surgical interventions and medical treatment at hospitals.

Modern imaging techniques like CT and MRI are often used in forensic pathology. However, post-mortem CT is limited by relatively low soft tissue contrast and poor visualization of the vascular system. A technique known as post-mortem CT angiography, or PMCTA, was developed to address those limitations by introducing contrast agent into the body.

“The idea of the PMCTA is to simulate a post-mortem circulation by establishing a post-mortem perfusion of the vascular system,” said study lead author Silke Grabherr, M.D., Ph.D., from the University Center of Legal Medicine Lausanne-Geneva in Lausanne, Switzerland. “Therefore, the heart is ‘replaced’ by a perfusion device, similar to the heart-lung machine that replaces the heart during heart surgery.”

To assess the performance of PMCTA, Dr. Grabherr and colleagues at nine centers in Europe performed conventional autopsies on 500 human bodies that had undergone PMCTA. All CT images were read by an experienced team including one forensic pathologist and one radiologist who were blinded to the autopsy findings.

Autopsy was performed on the day of the PMCTA, or the following day, in all cases. After examination of 500 bodies, a total of 18,654 findings were recorded. PMCTA performed surprisingly well compared to conventional autopsy. Out of 18,654 total findings, PMCTA found 90 percent, compared with 61 percent for autopsies. PMCTA missed only 10 percent of forensically essential findings, while autopsy missed 23 percent.

“This method could—in many cases—be an alternative to invasive autopsy if such an opening of the body is not possible,” Dr. Grabherr said. “This offers new investigation possibilities, for example, in countries where a conventional autopsy is not accepted or in cases where family members can refuse it.”

PMCTA was significantly superior to autopsy at identifying skeletal and vascular lesions, or areas of damage in the bones and blood vessels. PMCTA identified 96 percent of skeletal lesions and 94 percent of vascular lesions, compared with 65 percent for autopsy. These lesions can provide important information in post-mortem examinations, Dr. Grabherr said.

“The combination of bone lesions and vascular lesions is especially seen in cases of traumatic death, such as falls from height, traffic accidents, ballistic trauma and sharp trauma in homicides and suicides,” she said. “This means that PMCTA is an excellent choice to investigate such cases and can be used combined with or even independently of conventional autopsy for investigating in these cases.”

In the future, the research group plans to study the combination of post-mortem angiography with MRI in order to increase the sensitivity of findings related to organs like the brain and liver. 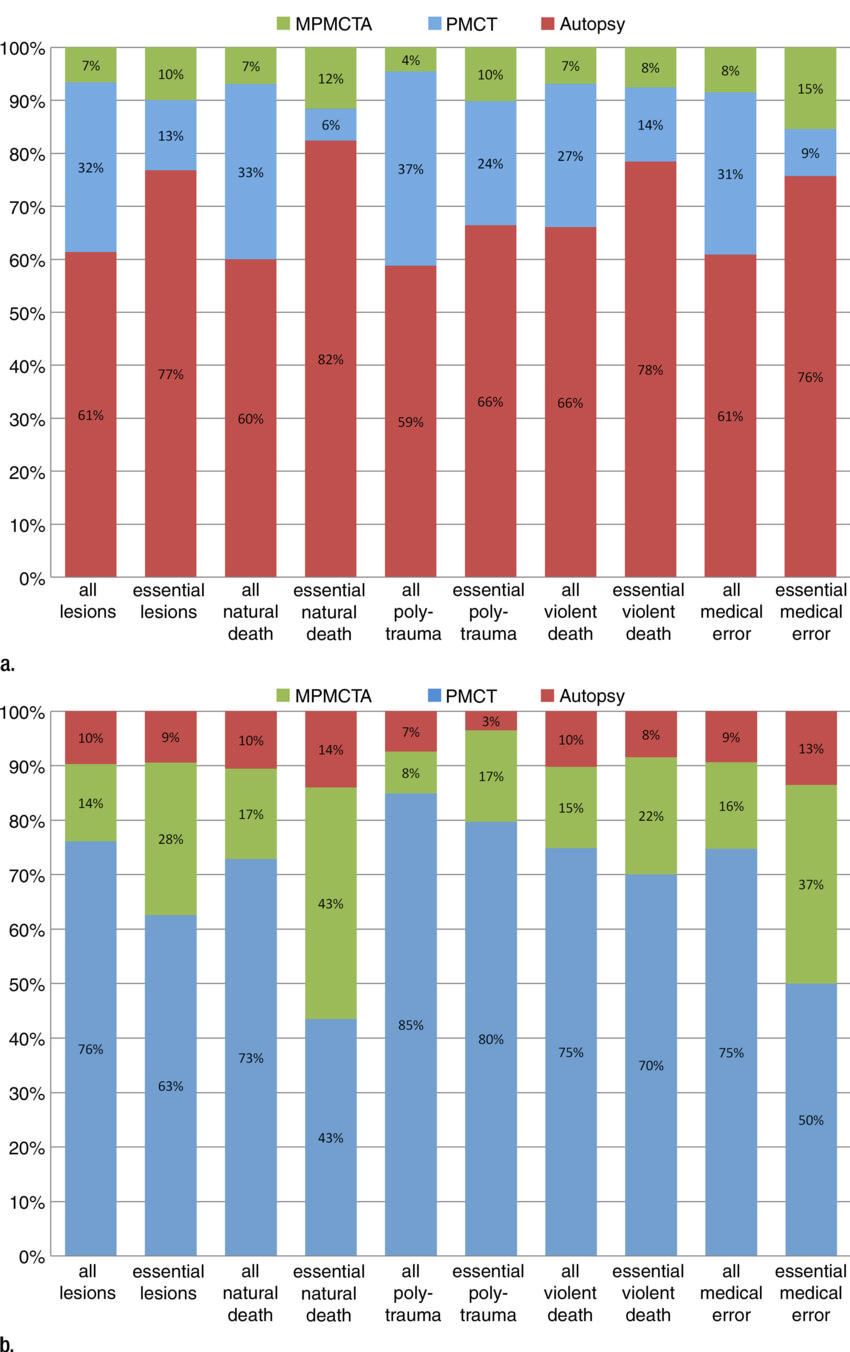 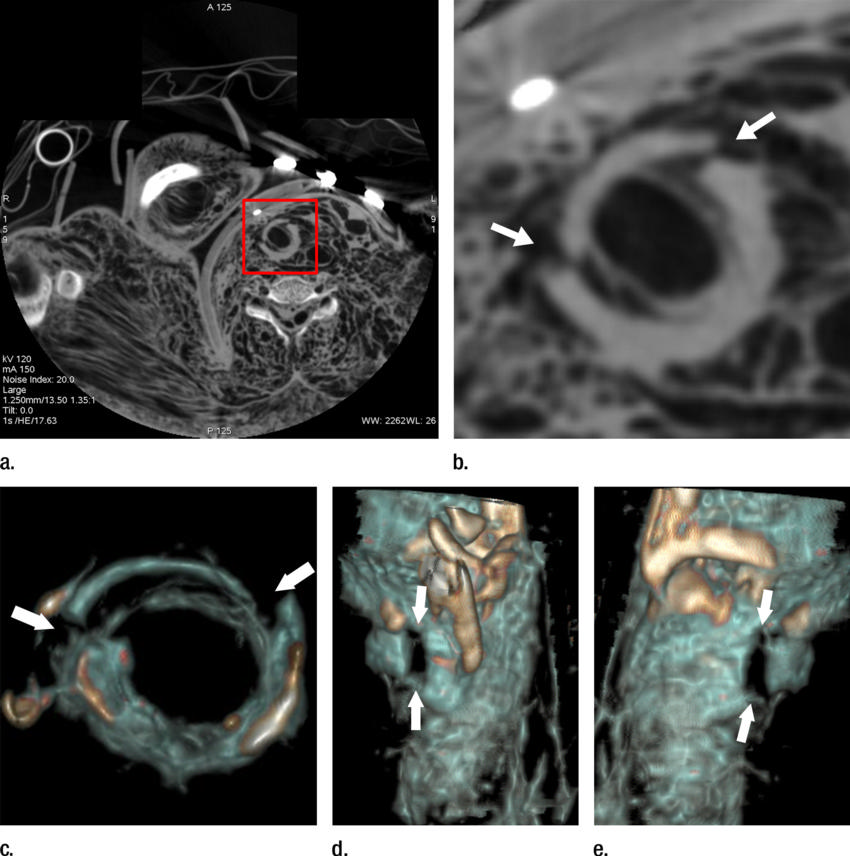 Figure 2. (a) Axial cervical postmortem CT scan and (b) zoomed section of the cricoid cartilage (box in a) of a 27-year-old woman who died of strangulation. Three-dimensional volumerendered reconstructions from cranial (c), left lateral oblique (d), and right lateral oblique (e) views. Postmortem CT scan clearly displays a displaced bilateral fracture of the cricoid cartilage (arrows). This finding is important because it proves the application of relevant force to the neck. It was difficult to demonstrate this finding at autopsy because anatomic preparation required extensive manipulation of the laryngotracheal region, which without postmortem CT would have been unclear regarding whether the fracture was caused by the preparation or was there before autopsy. 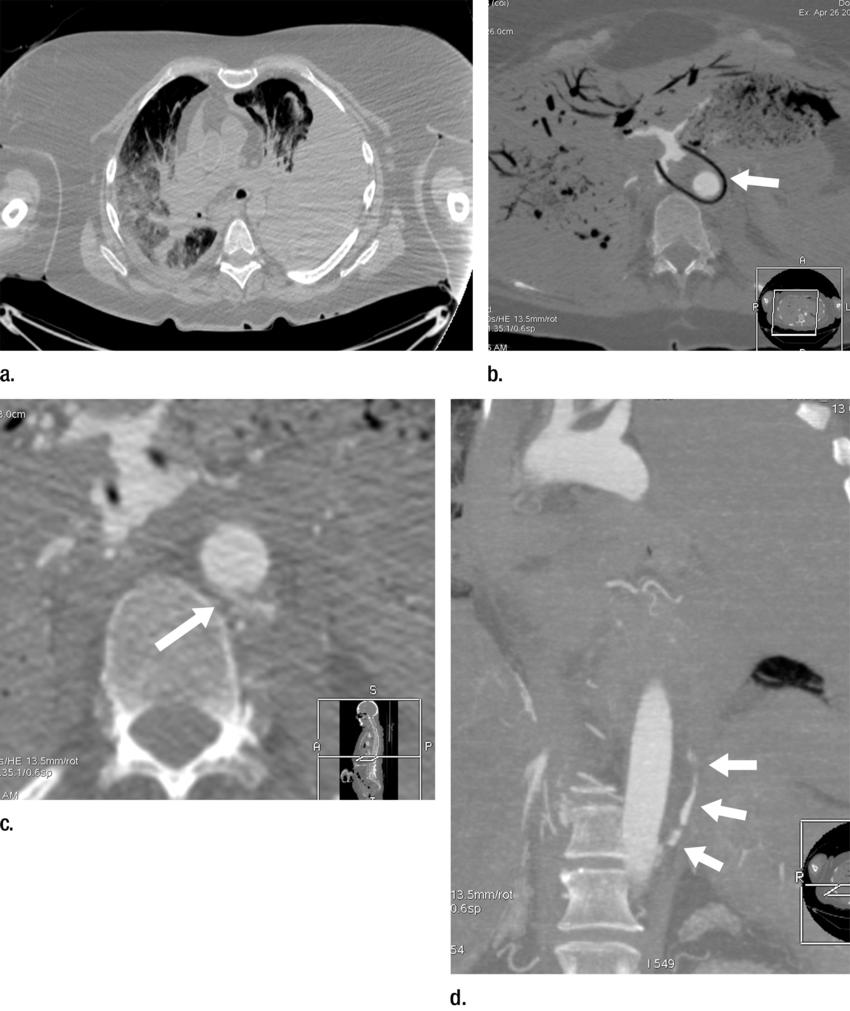 Figure 3. (a) Postmortem CT and (b–d) and arterial phase postmortem CT angiography images in a 59-year-old woman who died of internal exsanguination shortly after Whipple surgery. (a) A large left-sided hemothorax with mediastinal shift to the right. During the surgery, supraceliac clamping of the abdominal aorta was performed to stop intraperitoneal bleeding. The clamp was later loosened but left in place (arrow in b). The fatal hemothorax was caused by hemorrhage from the left 11th intercostal artery, which was torn near its origin from the aorta just above the diaphragm during placement of the clamp. The contrast media extravasation from the artery’s origin, reaching cranially into the thorax (arrows in b, c, and d), is displayed on arterial phase postmortem CT angiographic images (c and d). This finding may have been difficult to detect at autopsy because of the small size and location of the vessel. In this case it could not be displayed at autopsy because of large amounts of intraperitoneal and intrathoracic clotted blood, and multiple previous abdominal operations with extensive scar tissue formation and adhesions.