OAK BROOK, Ill. (April 25, 2018) – The Board of Directors of the Radiological Society of North America (RSNA) announced today that Suhny Abbara, M.D., will become editor of the new online journal, Radiology: Cardiothoracic Imaging. The journal will launch in spring 2019. 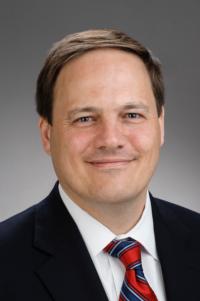 Dr. Abbara is professor of radiology at UT Southwestern Medical Center, in Dallas, Texas. He currently serves as an attending physician at Zale Lipshy University Hospital, Clements University Hospital and Parkland Health & Hospital System, where he is the medical director of Parkland Cardiothoracic.

“I was thrilled when I learned that RSNA was creating the new journal, Radiology: Cardiothoracic Imaging,” Dr. Abbara said. “The next 10 years in cardiothoracic imaging will be very different from the last 10. This new journal can serve as a catalyst for the science and research that drive this positive change, and I am convinced that it can aid in the translation of research into clinical practice. I am honored to be able to serve as editor for this timely new journal.”

The focus of Dr. Abbara’s research has been in cardiac CT and MRI, lung cancer screening and early detection, and the identification of imaging biomarkers to predict the outcomes of post-surgical procedures and anesthesia outcomes. He also specializes in cardiac CT angiography and coronary calcium scoring, a noninvasive CT scan of the heart which calculates a person’s risk of developing coronary artery disease by measuring the amount of calcified plaque in the coronary arteries.

A 1995 graduate of Heinrich Heine University in Düsseldorf, Dr. Abbara completed a vascular surgery internship at the same institution in 1997, and his first three years of residency in radiology at Georgetown University Hospital in Washington, D.C., in 2000 and an internship in surgery at the University of Hawaii Surgical Residency Program in Honolulu in 2001. From 2001 to 2002, he was the chief radiology resident at Georgetown University Hospital. He then received advanced training in cardiac imaging through a fellowship at Massachusetts General Hospital in Boston.

From 2003 to 2013, he was director of education for the Cardiac MR and CT Program at Harvard Medical School, where he also served as director of the Clinical Cardiac Imaging Division from 2004 to 2011 and director of the Clinical Cardiac Imaging Fellowship from 2005 to 2013. Currently, Dr. Abbara is chief of the Cardiothoracic Imaging Division, chair of CT Operations, and Texas Medical Board Accredited Program director for the Cardiothoracic Imaging Fellowship at UT Southwestern Medical Center.

A longtime member of RSNA, Dr. Abbara has served two terms on the Cardiac Subcommittee of the Scientific Program Committee (2008-2010 and 2011-2013). He was a member of the Education Exhibits Awards Committee from 2012 to 2014 and in 2016, and is currently chair of the Cardiac Track on the Refresher Course Committee. Dr. Abbara is also a member of the Cardiac Radiology Panel for RadioGraphics. He has presented over a dozen times at RSNA annual meetings and contributed to several cardiac “Cases of the Day.”

“Suhny Abbara brings a wealth of cardiac expertise and years of dedicated service as an RSNA volunteer to his new position as editor,” said Mary C. Mahoney, M.D., RSNA Board Liaison for Publications and Communications. “The RSNA Board looks forward to his stewardship of Radiology: Cardiothoracic Imaging.”

Radiology: Cardiothoracic Imaging will emphasize research advances and technical developments in medical imaging that drive cardiothoracic medicine. Launching in spring 2019, the journal will be published bi-monthly and available exclusively online. RSNA members will receive a complimentary subscription as a member benefit. Original research and editorial submissions to Radiology: Cardiothoracic Imaging will be accepted beginning fall 2018.