CHICAGO – It’s not the amount of fat in your body but where it’s stored that may increase your risk for heart attack, stroke and diabetes, according to a new study presented today at the annual meeting of the Radiological Society of North America (RSNA). The study looked at the differences in fat distribution patterns among overweight and obese men and women and their associated cardiometabolic risk. 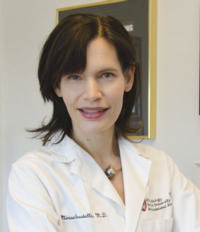 According to the National Center for Health Statistics, more than 70 percent of Americans are considered overweight or obese. Obesity puts individuals at risk for a variety of health problems, and is the second leading cause of preventable death in the U.S.

However, people of the same weight or body mass index (BMI) may have very different risk profiles, based on genetics, lifestyle and diet. In addition, body composition differs between men and women, with women having proportionately more fat and men having more muscle mass.

Fat distribution is an important determinant of cardiometabolic risk. Most people have heard the phrases “apple-shaped” and “pear-shaped.” These are common descriptors of human body shapes, based on where fat tends to be stored in the body. In apple-shaped bodies, fat is distributed largely around the midsection, while in pear-shaped bodies, fat is distributed lower around the hips and thighs. The type of fat stored also plays a role in cardiometabolic risk. One type of fat—ectopic fat—is particularly dangerous. It may be found in places such as the abdominal region, muscles, liver and other organs.

“We hypothesized that there are gender-based differences in body composition and ectopic fat depots and that these could be associated with gender-specific risk profiles for diseases like diabetes, heart disease and stroke,” said lead author Miriam A. Bredella, M.D., radiologist at Massachusetts General Hospital and associate professor of radiology at Harvard Medical School in Boston.

For the study, Dr. Bredella and colleagues recruited 200 young (mean age 37), overweight and obese individuals who were otherwise healthy. Of the 200, 109 were women and 91 were men. Women and men were of a similar age and BMI.

The results showed that the women had a higher percentage of fat and more subcutaneous (below-the-skin) fat but lower lean mass, compared to men. However, men had more visceral adipose tissue (VAT), or ectopic fat depots located in the abdomen around the internal organs (commonly known as a “beer belly”), and more ectopic fat in the muscles and liver.

“The detrimental fat depots deep in the belly, muscles and liver are more damaging for cardiometabolic health in women compared to men,” Dr. Bredella said.

In a related study presented by Dr. Bredella today at RSNA 2017, the researchers looked at the relationship between sarcopenic obesity—or the loss of skeletal lean muscle mass in the presence of obesity—and its relationship to cardiometabolic risk.

Many factors can lead to sarcopenic obesity in young adults, particularly obesity and lack of exercise.

“But there are also hormonal abnormalities,” Dr. Bredella said, “such as low growth hormone secretion in individuals with abdominal obesity. Growth hormone helps to build muscle mass. Nutrition also plays an important role, and too little intake of protein can lead to muscle loss.”

The researchers studied 188 young, overweight and obese adults who were otherwise healthy. Participants underwent DXA and CT scans and various metabolic tests. Results showed that having a lower lean muscle mass to BMI ratio was associated with cardiometabolic risk, and these effects were stronger in women than in men.

“Sarcopenic obesity may be an under-appreciated mechanism linking obesity to cardiometabolic disease,” Dr. Bredella said. “That stresses the importance of building up muscle mass in the setting of obesity.”

For patient-friendly information on DXA, CT and MRS, visit RadiologyInfo.org. 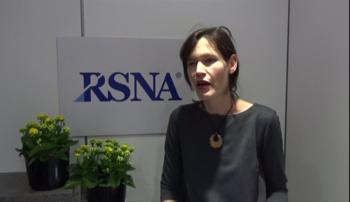 Video 2. Miriam A. Bredella, M.D., discusses why it matters where fat is stored in our bodies. 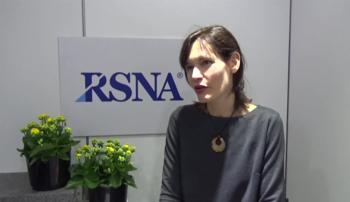 Video 3. Miriam A. Bredella, M.D., discusses fat distribution and its effects differ among women and men. 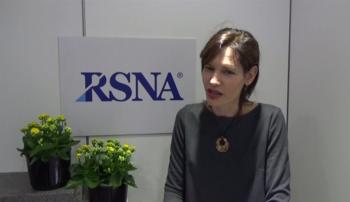 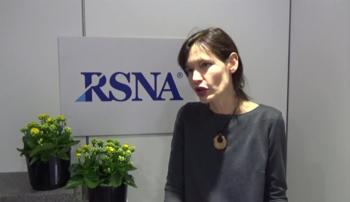 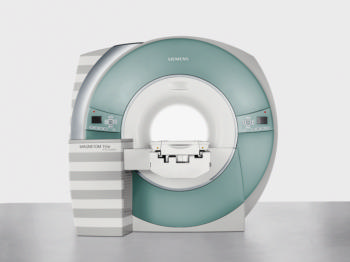