CHICAGO — Former National Football League (NFL) players are more likely to have enlarged aortas, a condition that may put them at higher risk of aneurysms, according to a study being presented today at the annual meeting of the Radiological Society of North America (RSNA). 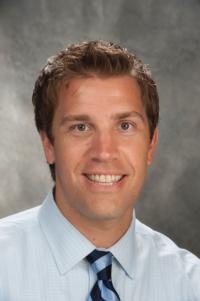 The aorta, the largest artery in the body, carries blood from the left ventricle, the heart's main pumping chamber, to the rest of the body. The short section that rises from the left ventricle and supplies the coronary arteries with blood is called the ascending aorta. Enlargement, or dilation, of the ascending aorta can increase the chances of a life-threatening aneurysm. Risk factors for dilation include high blood pressure, smoking and connective tissue disorders.

"Patients whose ascending aortas are more than 4 centimeters in diameter are generally considered to have dilation, which can progress over time and potentially weaken the wall of the aorta," said study author Christopher Maroules, M.D., formerly of the University of Texas Southwestern Medical Center in Dallas and current chief of cardiothoracic imaging at the Naval Medical Center in Portsmouth, Va.

For the new study, Dr. Maroules and colleagues evaluated whether past participation in the NFL is associated with increased prevalence of ascending aortic dilation. The research arose from observations made by the study's principal investigator Dermot Phelan, M.D., Ph.D., from Cleveland Clinic, who has worked closely over the years with the NFL, studying the cardiovascular health of retired players.

The researchers compared 206 former NFL athletes with 759 men from the Dallas Heart Study who were older than age 40 with a body mass index greater than 20. They obtained imaging data using cardiac gated non-contrast CT, a technique that allowed them to "freeze" the motion of the heart by synchronizing the CT to the electrocardiogram. They also obtained coronary artery calcium scores, a measure of atherosclerotic plaque.

Compared to the control group, former NFL athletes had significantly larger ascending aortic diameters. Almost 30 percent of the former NFL players had an aorta wider than 4 centimeters, compared with only 8.6 percent of the non-players. Even after adjusting for age, body mass and cardiac risk factors, former NFL players were still twice as likely as the control group to have an aorta wider than 4 centimeters.

The coronary artery calcium scores were similar in both groups.

"In former NFL athletes, there was a significantly higher proportion of aortic dilation compared to our control group," said Dr. Maroules. "This process is likely not associated with atherosclerosis cardiovascular disease, because when we compared coronary calcium we found no significant difference between the two groups."

The results suggest that some type of remodeling process occurs in the aorta of athletes who engage in repeated strenuous exercise, according to Dr. Maroules.

"It remains to be seen if this remodeling sets athletes up for problems later in life," he said. "We're just scratching the surface of this intriguing field, and imaging can play an important role in it." 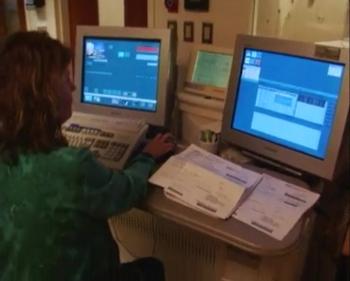 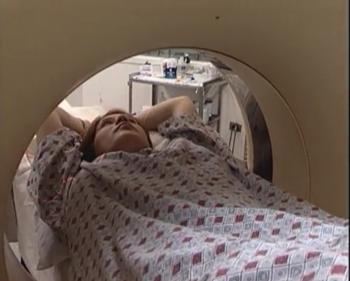 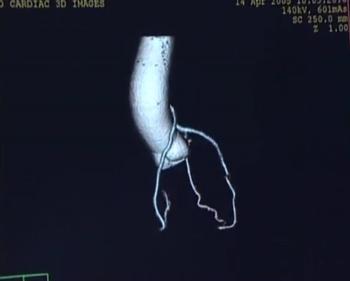 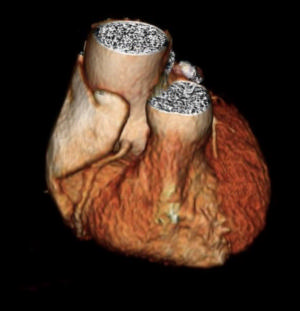 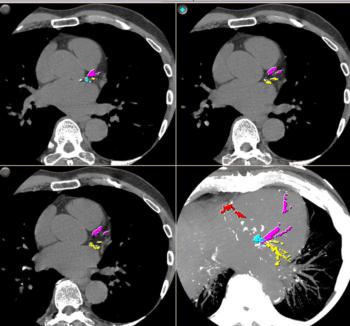 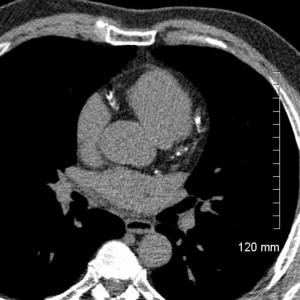