OAK BROOK, Ill. — People with insurance policies that cover CT colonography for colorectal cancer screening are almost 50 percent more likely to get screened than those whose policies don’t cover the procedure, according to a new study appearing online in the journal Radiology.

Colorectal cancer kills 50,000 people each year, despite the existence of screening methods that provide early detection and treatment of the disease. The American Cancer Society recommends CT colonography as one of the screening tests that can find both pre-cancerous polyps and cancer in people age 50 or older, but insurers have been slow to cover it. CT colonography, also known as virtual colonoscopy, uses CT imaging to provide fly-through views of the colon and is a less invasive option than conventional colonoscopy. 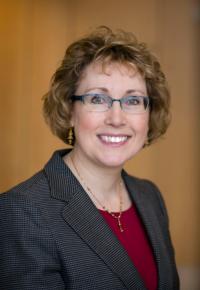 Meanwhile, screening adherence rates have stalled at about two-thirds of the people who need to be screened, according to study lead author Maureen A. Smith, M.D., Ph.D., M.P.H., from the University of Wisconsin-Madison School of Medicine and Public Health in Madison, Wis.

“CT colonography is a newer technology that can detect both pre-cancer and cancer, but because it’s relatively new it isn’t widely covered by insurance and isn’t covered by Medicare,” Dr. Smith said.

The researchers looked at overall colorectal cancer screening rates for 33,177 patients under age 65 who were eligible and due for colorectal cancer screening. About half of the people in the group were ultimately screened during the study period, and researchers compared screening rates between those with and without insurance coverage for CT colonography.

Data analysis showed that the people in the study who had insurance coverage for CT colonography had a 48 percent greater likelihood of being screened by any method compared with those without coverage who were due for screening.

Dr. Smith said the study findings represent another piece of the puzzle in getting people to follow screening recommendations — a particularly important challenge in groups that traditionally have lower screening rates, such as people in rural areas, racial/ethnic minorities and people with lower incomes.

“Policymakers should consider additional options for screening and prevention of colorectal cancer,” Dr. Smith said. “CT colonography is potentially a powerful option, because there are people who will prefer it.”

Some insurers have begun increasing coverage to include CT colonography, Dr. Smith said, but the lack of coverage by Medicare is unlikely to change soon.

“Locally, insurers have been open to including CT colonography in their coverage,” she said. “Nationally, any change will probably rely on Medicare’s decision-making process, which can take substantially more time.”