OAK BROOK, Ill. — The shift from film to digital technology appears to have improved cancer detection rates for diagnostic mammography, but also has increased the abnormal interpretation rate, which may lead to more women undergoing biopsies for benign conditions, according to a new study that appears online in the journal Radiology. 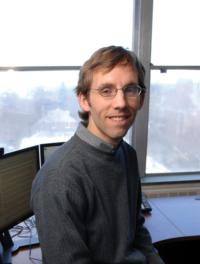 In 2005, the consortium released a study on the performance of diagnostic mammography in the U.S. Diagnostic mammography is used for women presenting with clinical signs and symptoms, a recent abnormal screening mammogram, or who are undergoing short-interval follow-up for a finding previously assessed as probably benign. At the time of the previous BCSC report, film mammography was the standard. With digital technology replacing film, the researchers decided it was time to revisit the old benchmarks, according to study lead author Brian L. Sprague, Ph.D., from the University of Vermont Cancer Center in Burlington, Vt. The university leads one of several active registries in the BCSC.

“Our goals in this study were to produce benchmarks that individual radiologists and breast imaging facilities can use to compare with their own practices and to convey trends in how the metrics have changed over the past 10 to 15 years,” Dr. Sprague said.

This study included data from six BCSC registries comprising 418 radiologists and 92 radiology facilities. Mammography indication and assessments were collected on women undergoing diagnostic digital mammography and linked with cancer diagnoses from state cancer registries. The database included 401,548 examinations conducted from 2007 to 2013 on 265,360 women.

Comparison with the results from the earlier BCSC benchmarks publication revealed that the cancer detection rate rose from 25.3 per 1,000 in 2005 to 34.7 per 1,000 in the new study. The change likely reflects improvements in mammography imaging technology, which permit the visualization of smaller lesions and greater detection of calcifications that result in increased cancer detection, the researchers said.

Alongside improved cancer detection, some less desirable trends emerged. The abnormal interpretation rate, or the rate at which women are called back for biopsy, rose from 8.0 percent in 2005 to 12.6 percent in the new study.

“While the improvements in cancer detection rates are encouraging, the increased abnormal interpretation rate is somewhat troubling in that we’re trying to keep this rate down,” Dr. Sprague said.

Another concerning trend was the drop in positive predictive value (PPV), or the probability that patients with a positive diagnostic mammogram truly have a malignancy. PPV for a biopsy recommended (PPV2) fell from 31.5 percent in 2005 to 27.5 percent in the new study. The lower PPV2 results from the abnormal interpretation rate increasing much more than the cancer detection rate, the researchers said, suggesting that improvements in imaging may do more to permit the visualization of additional findings than helping in discriminating benign from malignant findings.

“The results of the study highlight specific areas where quality improvement initiatives should focus,” Dr. Sprague said. “Overall, there is a lot of good performance out there, but there are definitely areas for improvement in positive predictive value and abnormal interpretation rate.”

2017 Breast Cancer Surveillance Consortium Reports on Interpretive Performance at Screening and Diagnostic Mammography: Welcome New Data, But Not as Benchmarks for Practice 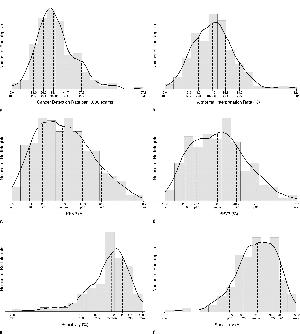