Valerie P. Jackson, M.D., Named Chair of the RSNA Board 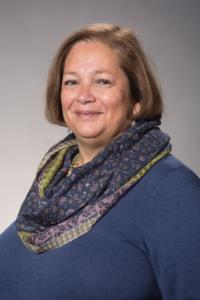 CHICAGO — Valerie P. Jackson, M.D., was named chair of the Radiological Society of North America (RSNA) Board of Directors today at the Society's annual meeting in Chicago.

An expert in the field of breast imaging, Dr. Jackson is the executive director of the American Board of Radiology (ABR), a position she has held since 2014. She previously served on ABR's board of trustees from 2001 to 2010. Dr. Jackson received her medical degree in 1978 from the Indiana University School of Medicine, and completed her residency at the Indiana University Medical Center in 1982. Dr. Jackson is the Eugene C. Klatte Professor Emeritus and has had numerous academic appointments at Indiana University School of Medicine over the years, including lecturer, professor and chairman of the Department of Radiology and Imaging Sciences.

As chair of the RSNA Board, Dr. Jackson is committed to helping the Society capitalize on education and research opportunities.

"RSNA is a world leader in education and research, and my goal is to build upon the traditions of the past to move the organization and its members into the future," Dr. Jackson said. "In these times of rapid change, I will listen to our members about their needs and wants. I feel truly honored to have the opportunity to serve this great organization as the chair of the Board of Directors."

Dr. Jackson has published more than 100 peer-reviewed articles and 20 books and book chapters with an emphasis on breast imaging and radiologic education. She has served as principal investigator on numerous funded grants including several focused on radiologic education. Dr. Jackson has been a co-presenter of the RSNA Faculty Development Workshop and is a sought-after lecturer and educator, who has made more than 300 scientific and educational presentations at meetings worldwide.

Dr. Jackson has served on the editorial boards of multiple journals, including Contemporary Diagnostic Radiology, Journal of the American College of Radiology, The Breast Journal and Seminars in Breast Diseases: Radiologic, Pathologic, and Surgical Considerations. She has served as a manuscript reviewer for numerous journals including American Journal of Roentgenology, Investigative Radiology, Medical Physics, Academic Medicine and Radiology, where she served as associate editor on the editorial board from 1989 to 1998, and as consultant to the editor in 1999.

An RSNA member since 1982, Dr. Jackson has served the Society in numerous roles, including as chair of the Refresher Course Committee from 2009 to 2012, chair of the Breast Imaging Subcommittee of the Scientific Program Committee from 2003 to 2006, a member of the Public Information Advisors Network since 1997, and a member of the RSNA News Editorial Board from 2005 to 2008. She served RSNA as first vice president from 2008 to 2009 and was a member of the RSNA Centennial Committee. Dr. Jackson has been active on many committees of the RSNA Research & Education (R&E) Foundation and served on the R&E Foundation Board of Trustees from 2009 to 2015.