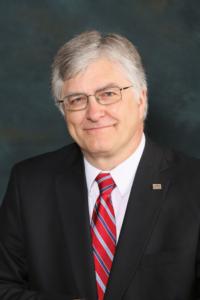 CHICAGO — Richard L. Ehman, M.D., was named president of the Radiological Society of North America (RSNA) Board of Directors today at the Society's annual meeting in Chicago.

Dr. Ehman is professor of radiology and Blanche R. & Richard J. Erlanger Professor of Medical Research at the Mayo Clinic in Rochester, Minn.

"Advances in medical imaging over the last few decades have provided amazing benefits for healthcare," Dr. Ehman said. "We need to recognize and quantify these contributions, not just so that we can celebrate them, but also because they provide evidence of an extraordinary return-on-investment for research in our field. As the leading radiology organization in the world, RSNA can help spread awareness outside of the radiology community of the high productivity and rapid clinical impact of our science."

Dr. Ehman has authored or co-authored more than 300 peer-reviewed scientific articles and has completed many invited lectures and visiting professorships. He has served on the editorial boards for multiple journals, including Radiology and Magnetic Resonance in Medicine.

Dr. Ehman served on the Mayo Clinic Board of Governors from 2006 to 2014. In 2014, he was elected as an emeritus member of the Mayo Clinic Board of Trustees. He has been an active member of many medical societies and is past-president of several organizations, including the International Society for Magnetic Resonance in Medicine (ISMRM), Academy of Radiology Research, and the Society for Body Computed Tomography and Magnetic Resonance.

Dr. Ehman is an NIH-funded clinician-scientist and inventor. He holds more than 70 U.S. and foreign patents, and many of these inventions are widely used in medical care. Dr. Ehman was awarded the ISMRM gold medal in 1995, the RSNA Outstanding Researcher Award in 2006, an RSNA Honored Educator Award in 2016, and the gold medal of the Asian Oceanian Society of Radiology in 2016. He was named Mayo Clinic Distinguished Investigator in 2014. He is a Fellow of the American College of Radiology. In 2010, Dr. Ehman was elected as a member of the Institute of Medicine of the National Academies of Science, which is one of the highest honors in medicine in the U.S.

As an RSNA member, Dr. Ehman has served on the Refresher Course Committee, Scientific Program Committee, Radiology Editorial Board, Research Development Committee, Grant Program Committee and the RSNA Research and Education Foundation Board of Trustees. In 2010, he was elected to RSNA's board of directors and in 2011 became the liaison for science. He served as board chair from 2014 to 2015 and president-elect from 2015 to 2016.